Boronic! with Frog God - An Interview 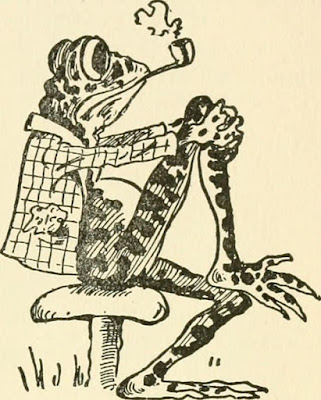 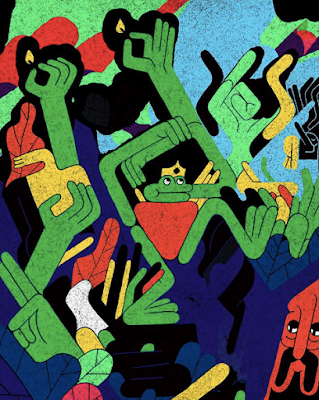 Q. When did Frog God start? Tell us about the history...
Frog God was actually formed from the ashes of a previous musical venture. I started a music project in the summer of 2014, called ‘Nevergreens’; I made three instrumental electronic albums, all revolving around themes of depression, suicide, loss, anxiety, disassociation, etc. All in all, it was admittedly somewhat of a morbid and dark project. Many of my peers weren’t too receptive of the music due to its dark nature; I feel it turned people away from the project. However, I wrote one song that immediately distinguished itself from the others; it was entitled, of course, “Frog God”. The song itself concerned a charismatic drug dealer and a euphoric drug trip gone awry. So obviously, the song was psychedelic, fun & carefree in nature. The more I listened to the song, the more I realized that this was the exact sound I wanted to go for in my music. So I abandoned ‘Nevergreens’ and I started ‘Frog God’.

Q: Who are your influences?
Mainly Ween. Ween completely overturned my entire view of music the first time I heard them. But I also listen to a lot of Devendra Banhart, Frank Zappa, They Might Be Giants, Sweet Trip, Father John Misty, & The Beatles when I’m preparing to write a Frog God song.

Q. How do you feel playing live?
I’ve been performing all my life, so performing in front of an audience is much easier for me than, say, holding a steady conversation with no awkward pauses.

Q. How do you describe Frog God´s sounds?
Frog God is very psychedelic-rock-oriented with hints of freak folk, dream pop, prog, and shoegaze sprinkled in.


Q: Tell us about the process of recording the songs?
I always have a notebook on me just in case I ever get the itch to write some lyrics. But the process usually entails me writing lyrics, stumbling onto a cool chord progression or guitar riff, seeing if any of my lyrics fit this new chord progression/riff, and if they do, then a song is born. I then make a rough draft demo, which I then record over for the final product. Songs usually take ten minutes to write, but post-production can take weeks and weeks and weeks.

Q. Which new bands do you recommend?
R.L. Kelly is an incredible musician who I was very lucky to see live last year. Mitski is also super cool, I love her and I love her stuff (be sure to listen to “First Love/Late Spring” which is one of my favorite songs of all time). There’s also Jay Som, Elvis Depressedly, Eskimeaux, etc. They’re all great.

Q: Which band would you love to made a cover version of?
Easy: Ween. I would absolutely love to completely recreate their discography in my own style; I’ve already covered a few of their songs and definitely plan on releasing more in the future.

Q: Any parting words?
First of all, thanks to Renato for reaching out to me for this great interview! Secondly, be sure to listen to my new album on June 6th, it will be available on Soundcloud & Bandcamp. Leave me feedback! Let me know if you love my songs or if you hate them with a passion! And remember, Frog God loves you.
*
*
*
Thanks