Shades In Shade with Cerise - An Interview 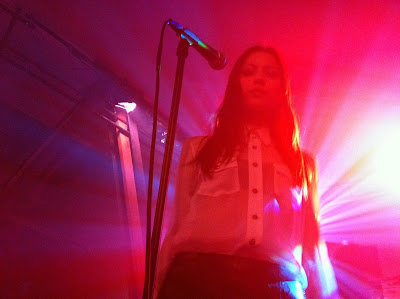 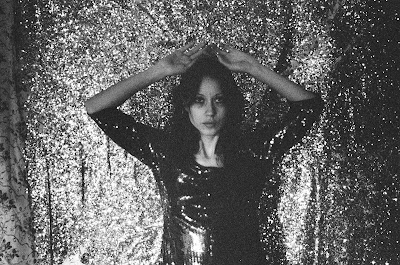 Q. When did Cerise start? Tell us about the history...
Its hard to say when exactly I started making music I was tickling ivories whenever I would go to my Grandma's house and get my hands on her piano. I later tried guitar in high school and thought it was impossible so did not pick one up again until I moved to NY. I bought myself a guitar as a birthday present and for whatever reason the chords were much easier for me this time and I started writing songs after a few weeks. I wrote poetry throughout high school so it all just seemed to come together at the right time and make sense in songs. It took a couple years after getting my guitar before I thought I should record my songs. When I met Joseph Arthur I got to see how a musician works and it helped give me the nerve to try it myself.

Q: Who are your influences?
As a child I was very into the great pop music of Michael Jackson, Prince, Madonna, Cyndi Lauper and then one day when I was 12 my older sister was playing The Cure and a new door of music had opened up to me. As I entered high school I started listening to Siouxsie and the Banshees, Bauhaus, David Bowie, New Order, Cocteau Twins, My Bloody Valentine, The Jesus and Mary Chain and Mazzy Star. I was a bit of a goth kid and then one day I picked up some Bob Dylan records my friends made fun of me but I just was blown away by his lyrics. I think my influences seem quite different from each other but I can see the line that connects them, there is a certain quality that attracts me to each particular sound.

Q. Make a list of 5 albums of all time…
I can't really say one is better then the other I really love all these albums and more then this equally but here are 10 of my favorites that have brought much inspiration.

Q. How do you feel playing live?
Im still getting used to it but I enjoy it when I feel my band is well practiced and we have great sound at the venue. Every venue gives you a different sound system to work with its just nice when its going great and sounds nice then you can let go into the performance.

Q. How do you describe Cerise sounds?
I usually say it's dark and stormy, I have a hard time describing it because I feel it has different influences and is always changing as I write new songs. I can hear the influences I have I just like to bring my own spin to it and its hard to label something that you want to be free to change while you grow as a musician.


Q: Tell us about the process of recording the songs ?
For this record I started recording the songs on my own getting the guitars down and recording to simple drum tracks. Once I got the lyrics and vocals to a place I liked Joseph Arthur played more instruments on the songs. Basically he was like a one man band that could add most the other parts the songs needed. I did some mixing at Matt Boynton's studio and added a little more flourishes there. A lot was started and recorded at home and then worked on more in studios.

Q. Which new bands do you recommend?
I really have been loving what Grimes, Bat for Lashes and Blood Orange put out. I know there is more new music I need to check out but I tend to hear new music most when they are my friends bands or at shows Im playing. I spent a lot of time in Austin and there are so many great bands in that city, theres a label there called Punctum Records putting a lot of great stuff out right now, I really like the new Holy Wave record and Part Time is always putting out great music. I recently played a show in LA with a band called Marla that just started and were awesome.

Q: Which band would you love to made a cover version of?
Hmm at the moment Ive been wanting to cover some David Bowie songs I would also love to cover something like The Cars or Psychedelic Furs.

Q: What are your plans for the future?
Im looking into booking some shows and tours after the release during the summer and hoping to start recording a new record soon after!

Q: Any parting words?
Thanks for talking to me I hope one day to be able to play in Sao Paulo and visit!
*
*
*
Thanks