Rainy Hearts with The Sunny Street - An Interview 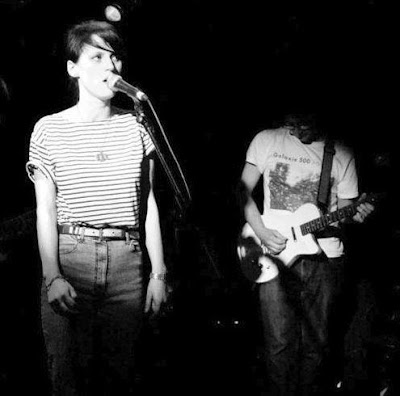 Q. When did The Sunny Street start? Tell us about the history...
The Sunny Street started in the summer of 2006, a few weeks before Delphine and I moved to London (we’re originally from France). I had uploaded a couple of tracks on Myspace and Andreas from Lavender Recordings in Sweden contacted us for a release. We continued as a duet for a few months, playing gigs in France and Sweden before meeting with Ian and Christos. We released two albums and a couple of singles on different labels (Lavender, Cloudberry, Dufflecoat, Plastilina, Slumberland…) and had the occasion to play in Europe (Sweden, Germany) and even New York, for the Popfest.

Q: Who are your influences?
I really like the 80s new/cold wave, bands like The Cure or New Order but also The Bats or The Field Mice. In the band we have a strong indie pop, DIY culture.

Q. Make a list of 5 albuns of all time…
Ah! That’s alway tough but today maybe:

Q. How do you feel playing live?
It’s been quite a ride, sometimes frustrating, sometimes great. It’s not always easy to adapt the songs for the live as they are quite heavily arranged, so we’ve been relying on backing tracks. The best gigs we played were very intense, all guitars out.

Q. How do you describe The Sunny Street´s sounds?
I guess the term dream pop is not too bad in a way or simply new wave. We try to remain catchy and pop but we like to build quite a melancholic, dark atmosphere.

Q: Tell us about the process of recording the songs ?
I record all the songs at home, on my computer. It’s a very DIY process, I like to be able to work on them whenever I want.

Q. Which new bands do you recommend?
I would recommend this French act called Orchidée Noire, very synth pop, quite dark and romantic but also The Goon Sax, which reminds me of Flying Nun bands and The Go-Betweens of course. Not so new anymore but one of the recent bands that we adore with Delphine is Montreal’s Chevalier Avant Garde, great great synthpop.

Q: Which band would you love to made a cover version of?
We recorded quite a few covers (All the way by New Order, What is Love by Haddaway, Love will tear us apart by Joy Division, Up to the sky by The Bats), it’s something we really like doing. I guess something unexpected like All Mixed up by The Red House Painters or another silly Eurodance song like the Summer is Magic, or both!

Q: What are your plans for the future?
We have been very quiet the last two years (I am focusing on my ‘solo’ project) but not for long. We really want to play live again and record new songs! We all missed playing together, we can’t wait to start again.

Q: Any parting words?
Hope you’ll like our songs. See you soon and MERCI BEAUCOUP !
*
*
*
Thanks