Find a Way with Sonic Visions - An Interview 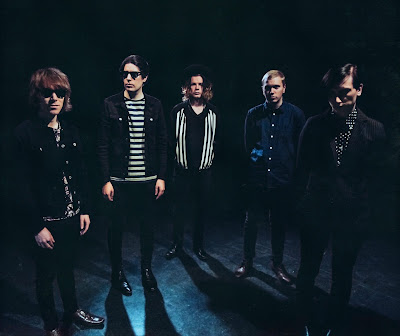 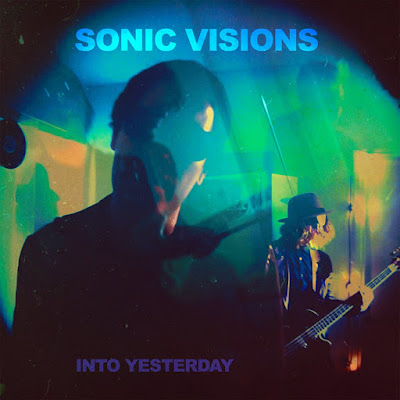 Q. When did Sonic Visions start? Tell us about the history...
Sandy: I guess the idea of Sonic Visions has been in my head forever. Finally in 2015 everything
fell in the place and the band was formed.

Q: Who are your influences?
Sandy: Nature. Sky. Hanoi Rocks

Q. Make a list of 5 albuns of all time…
Sandy:
Hanoi Rocks - Back To Mystery City
Best rockband in the world.
The Horrors - Primary Colours
Great sounds. My favourite album of The Horrors. Skying is also brilliant record.
New Order - Singles
New Order offers best electronic music for my taste. It’s a shame they don’t have really strong albums so I picked the singles compilation.
Soko - My Dreams Dictate My Reality
The album I listen when I feel sentimental.
The Strokes - Room On Fire
This record was my favourite when I was 17. It’s still one of the best.

Terveet Kädet - Ääretön Joulu This record is the record to blame for me being a drummer. The beats are damn raw and fast. Same beat from the beginning to the end. No bullshit. This was the thing for fourteen year old me. Läjä Äijälä’s lyrics are also a thing to mention: so obscure and enigmatic.

Nick Cave and the Bad Seeds - Your Funeral… This album really got me when i was sixteen or seventeen. I was so intrigued by it. An album I’m certainly never going to get tired of.

Charles Mingus - Pithecanthropus Erectus I really love Charles Mingus. This record has taught me so much about bass as an instrument. The mood in the songs are just right for me to drink lots of amounts of gin and tonic, smoke tons of cigarettes and write.

The Cure - Pornography ''It doesn’t matter if we all die.'' Yes, of course it doesn’t. But kindly reminded Robert! Oh, sweet teenage.

Q. How do you feel playing live?
Sandy: Playing live is the best part of being in the band. When I go on stage I forget who I am. It’s
so liberating.

Waldemar: I feel nothing. Mostly I just pretend to have fun, but in reality, I just would like to go home and listen to Nick Cave.


Q: Tell us about the process of recording the songs ?
Sandy: The ‘’brick by brick’’ method works best for me. I tend to record everything in really small parts. Don’t know why. Most of the time I work in my home bedroom studio alone, so it’s up to me how long it takes to get the parts right. Usually it’s a really slow process. At some point it just starts to sound right and then the song is ready.

Q. Which new bands do you recommend?
Sandy: PAUW. Their debut album sounds great and they are so good live!

Waldemar: I haven’t really listened any new music recently. Of course i check out everything my friends recommend for me, but i think there hasn’t been anything interesting going on lately.

Q: Which band would you love to made a cover version of?
Waldemar: None. I think it’s pointless to make a cover version of anything, unless you have a real killer idea to provide some new and interesting point of view in to the song. Most of the attempts suck badly, and sound like utter crap.

Sandy: We will definitely cover one of The Sound’s songs.

Q: What are your plans for the future?
Sandy: Release EP/mini album later this year. Play some rock n roll shows. And also learn to fly.