Monumenta with Valerinne - an Interview 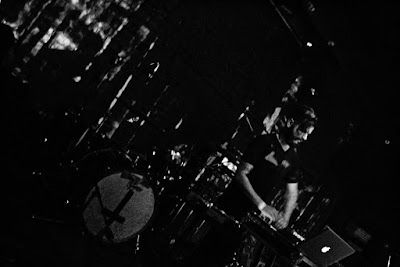 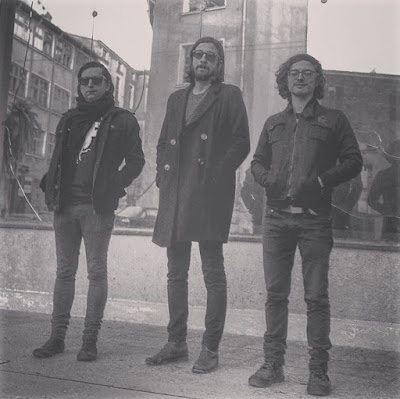 Q. When did Valerinne start? Tell us about the history...
Valerinne is Liviu Stocescu – Bass, Mircea Smarandache – Drums and me, Alexandru Das – guitars/synths. We've started the band at the end on 2011, when Mircea and I decided to start playing only instrumental music after our previous band broke up. We found Liviu pretty quickly, I had a bunch of home demos that I presented to the guys and we started working around those, expanding them, altering them, composing new stuff together and 6 months later we had enough material for our first album, Kunstformen der Natur. We released that one in October 2012, then in December 2013 we released our second album Arborescent and this year our third one, Monumenta, along with a split EP with TAUUSK, called Telemetry. Meanwhile we made an European tour in 2013, played Dunk! Festival the same year and along the way up to the present played in most of the important cities of Romania (Bucharest, Cluj-Napoca, Timisoara, Brasov) and we've shared the stage with Maybeshewill, Tides from Nebual, Amenra, Stephen O'Malley, Atlantis, Our Ceasing Voice etc.

Q: Who are your influences?
Musically, everything from post-punk through post-metal to drone and ambient. Otherwise, films and architecture I guess.

I would start with the whole Cure discography, the whole Godspeed You! Black Emperor discography, Dead can Dance – Within the Realm of a Dying Sun, all of Diamanda Galas, Emperor – In The Nightside Eclipse, Panopticon and Oceanic by Isis, In The Woods... - Heart of the Ages, the whole Stars of the Lid discography, Low – I Could Live in Hope, all of Slowdive, all of Cocteau Twins, Depeche Mode – Black Celebration and the list can go on. But there is also so much great music made now so this extremely short list (mostly) from my teenage years does not do it justice. I guess the whole thing with naming a bunch of albums “top albums of all time” is very subjective and has to do with the impact they had on me at a certain time. But each new artist I listen to is a new world opener and revealer.

Q. How do you feel playing live?
We don't play live a lot with Valerinne, we choose our live shows carefully so that we do not find ourselves out of context, like playing with a bunch of hard-rock bands or pinkfloyd-tribute-type bands for example (extreme examples, I know, we've never been in such an absurd situation), and we've been lucky to have had our good friend Stefan Panea (from Environments) help us out as our sound engineer for most of our concerts, so I would say usually it feels great. But I am more interested in composing new music and putting new songs together in the rehearsal room with the rest of the band.

Q. How do you describe Valerinne sounds?
The easy answer would be to say that we are like a simple three person instrumental band, but in truth I don't know, I would say for me music is spatial, like an actual physical 3D place and basically this is what we aim to do, to create that space, to be inside the music.


Q: Tell us about the process of recording the songs ?
It's pretty straightforward. All our stuff (our three albums and the split EP with TAUUSK) has been recorded live, and then we overdub the guitar parts, sometimes we also add some ambient soundscapes (which we also use live from looper pedals) and for the last album we also added synths (going through the guitar amps and through the pedalboard ). The whole idea is to be able to recreate most of what we do in a live situation. We've worked with Marius Costache (www.studio148.ro) on all our albums, he also mixed and mastered them and he's done a great job of course, we are happy with how each album sounds.

Q. Which new bands do you recommend?
Well I listen to loads of stuff and sometimes it is new stuff, sometimes I revisit older albums, I will name a few bands from Romania who are not really new to me but maybe are new to you and the readers of your zine: Environments, Bloodway, The Boy Who Cried Wolf from Bucharest, Semiosis from Bucharest/Craiova, Methadone Skies, Sunset in the 12th House, Ordinul Negru and The Egocentrics from Timisoara, The Thirteenth Sun from Brasov, Tauusk from Oradea. These range from ambiental, drone to post-rock, post-metal, black-metal, hardcore-punk, doom and back again, so I guess my tastes are a bit all over the place concerning the local Romanian music scene, just like they are concerning the rest of the world.

Q: Which band would you love to made a cover version of?
I am not really into cover versions, it was fun to play or to try to play songs/song parts from my favourite bands while I was first learning by myself how to play the guitar and bass - and i am still learning and discovering new things about the guitar and bass - and I think it can be good exercise but I think to work on cover versions is a waste of time for any artist or band, unless you completely transform the original song and make it your own in a way. There are bands which have done that and the results were great, like Rosetta and Converge with Cure songs or Year of No Light with a Joy Division song, and there are other examples - these came to mind on the spot. But i am more interested composing my own music.

Q: What are your plans for the future?
We've started to work on our next album, actually we had already started before Monumenta was released because we had been working on that one for almost 2 years and I believe we will have something new sometime in 2017.

Q: Any parting words?
Thank you for the support!
*
*
*
Thanks