In The Sun with Dim Vanilla - An Interview 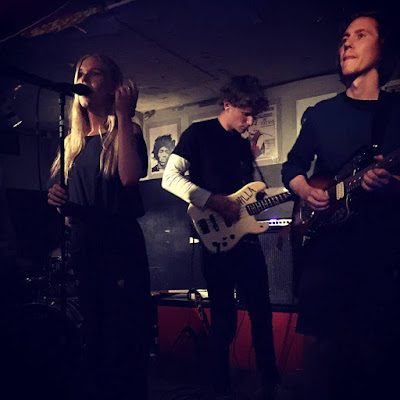 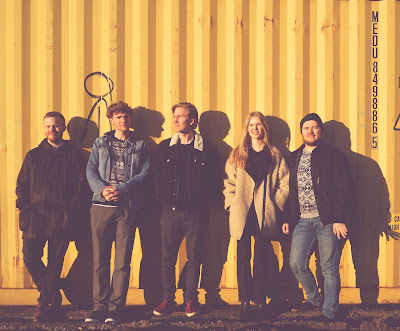 Q. When did Dim Vanilla start? Tell us about the history...
Dim Vanilla started the fall of 2015 when Erik and Aron's previous band split up and they decided to start a new one together. Erik showed some of the demos he was working on for Dim Vanilla to his friend Hannes who he had played together with in a band in high school. He was really excited about the songs so he was a natural choice to join the band as a bassist since Aron and Erik already played guitar. We then found our drummer Claes and through an ad on a band member webpage. He was the first and only drummer we auditioned and it worked out really great. We then tried out a couple of different singers until we found Felicia who previously has made music under the name Primary Colour.

Q: Who are your influences?
We are inspired by a lot of different music but at the moment some of our influences are: Tame Impala, Kurt Vile, Portishead, King gizzard and the lizard wizard, Black Sabbath and Les Big Byrd.

Q. How do you describe Dim Vanilla´s sounds?
Our sounds are an organic mixture of modulated guitars, vocals, drums and bass. Tying together strong melodies, groovy beats, smooth chord structures with lush textures and rhythmic drive.

Q: Tell us about the process of recording the songs ?
We have recorded,mixed and mastered all our music on our own. The recording has been done track by track. Mostly in Eriks apartment and various rehearsal spaces. We use a bunch of different mics trough an external soundcard into a laptop with Abelton.


Q. Make a list of 5 albuns of all time…
Here are five of our favorite albums:

Q. How do you feel playing live?
We really like playing our songs live so playing them live to other people feels pretty natural.

Q. Which new bands do you recommend?
Here are a couple of our favorite new bands we recommend checking out: HOLY, Moon City Boys, Homeshake, Laser & Bas and Sudakistan.

Q: What are your plans for the future?
We are planning to release a single digitally by the end of the summer and an EP later this fall.

Q: Any parting words?
Check out or Soundcloud, Facebook page and Instagram if you want to see and hear more of us and what we are up to.
*
*
*
Thanks