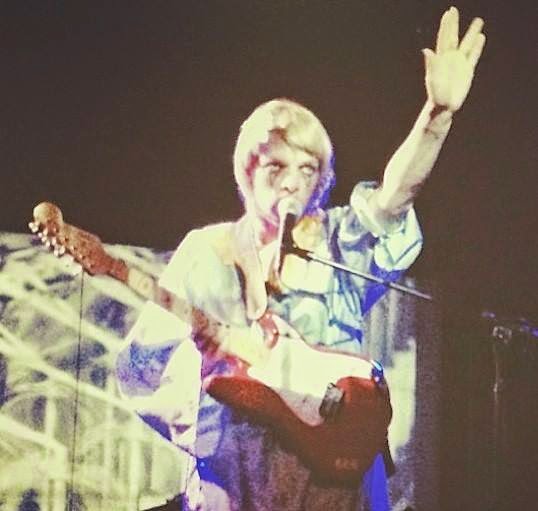 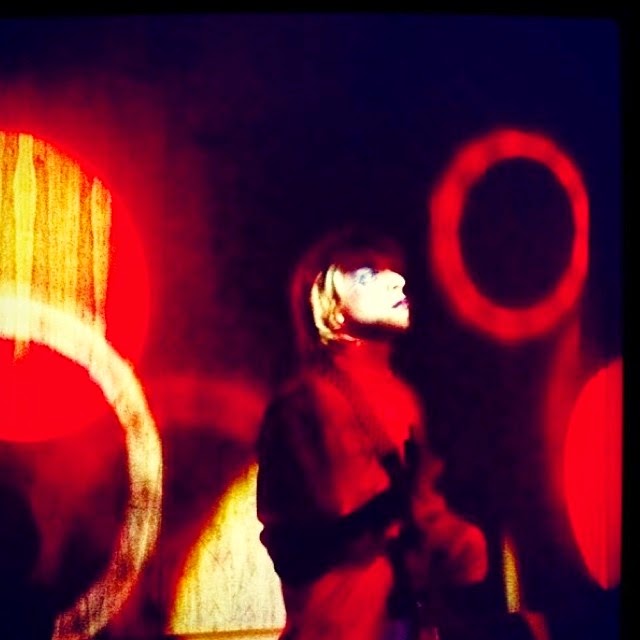 Q. When did Drab Majesty starts, tell us about the history...
Drab Majesty came as a response to the stimuli I've been exposed to growing up in Los Angeles. The name, in and of itself is synonymous with the city's infrastructure - a huge vast majestic urban sprawl, yet collectively very drab and haphazardly arranged. It was important that I start Drab Majesty as a solo project and let it blossom from here. The first recordings I made were turned into my first cassette ep, "Unarian Dances". A collection of songs, with lyrical inquiries about group thought, fringe cults, herd mentality, religious dogmas and other observations about spirituality as commodity and also practice.

Q: Who are your influences?
Musically I am influenced by the New Age meditative music of Iasos and the imagery he evokes. I like music that is very visually evocative such as Swans (early stuff), Psychic TV, Cocteau Twins, and The Durutti Column. Killing Joke's guitarist, Geordie Walker is someone I've always admired on so many levels. I appreciate his inventiveness and the risks he takes both sonically and harmonically.

Q. Made a list of 5 albuns of all time…
This answer morphs on a daily basis. Tomorrow my answer will be different and yesterday different than tomorrow's but today I would say those records are (in no particular order)
Human League - Dare
Felt - Forever breathes the lonely word
Van dyke parks - Song Cycle
Swans - Cop
Cocteau Twins - Victorialand

Q. How do you fell playing live?
I feel comfortably out of my mind.

Q. How do you describe Drab Majesty´s sounds?
I'd say my intention is to caress whilst leaving abrasions in the process - make sounds that soothe but also evoke mystery and pain. I like to use drum machines and keep rather loud and present in the mix. Guitars must be doused in delay and chorus but maintain that initial punch. 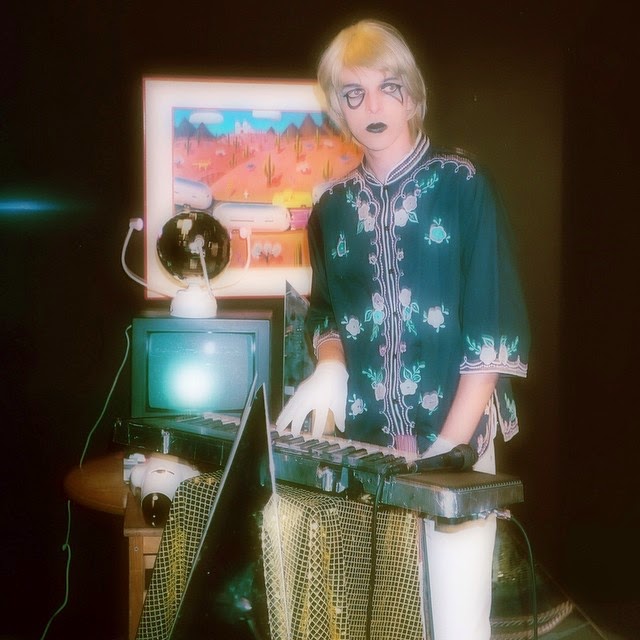 Q: Tell us about the process of recording the songs ?
All material is recorded in my home dungeon by me. I like to record early in the morning and very loud. Mostly all my songs are demo'd in a stream of consciousness kind of way working very quickly with the sole purpose of solidifying chord changes and melodies. This process has to be fast and fluid because the ideas really just come from the ether. I'm never responsible for what I am given, or for what I make, I just have to be present to capture them at that moment and later I go back and re-track my initial sketches.

Q. Which new bands do you recommended?
Here in LA I highly recommend checking out what Youth Code is doing as well as High Functioning Flesh. Both are bands with unbridled frenetic energy and exquisite song craft. Also in LA is a great band called Intimatchine that is meditative patient and dreamy. My new favorite shoegaze/space rock band is from San Francisco called Creepers. There are so many incredible bands right now.

Q. What's the plans for the future?
2015 will hold the release of my debut LP. Hoping to be touring in support of it at some point next year.

Q: Any parting words?
The world belongs to the silent ones.
*
*
*
Thanks