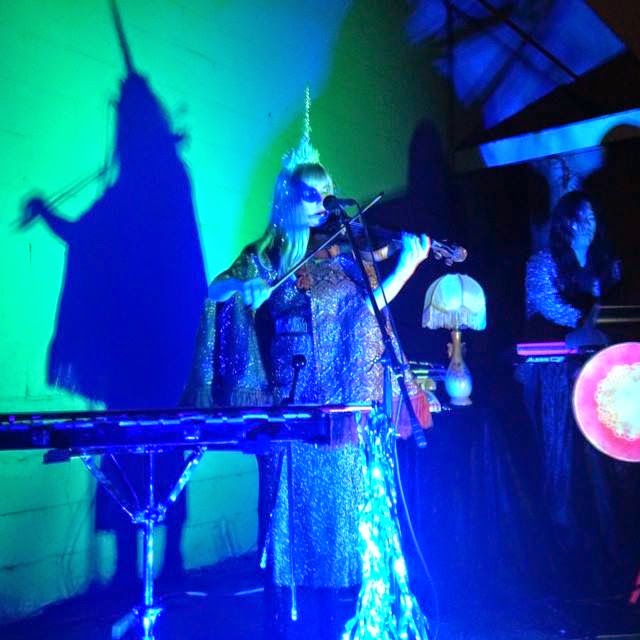 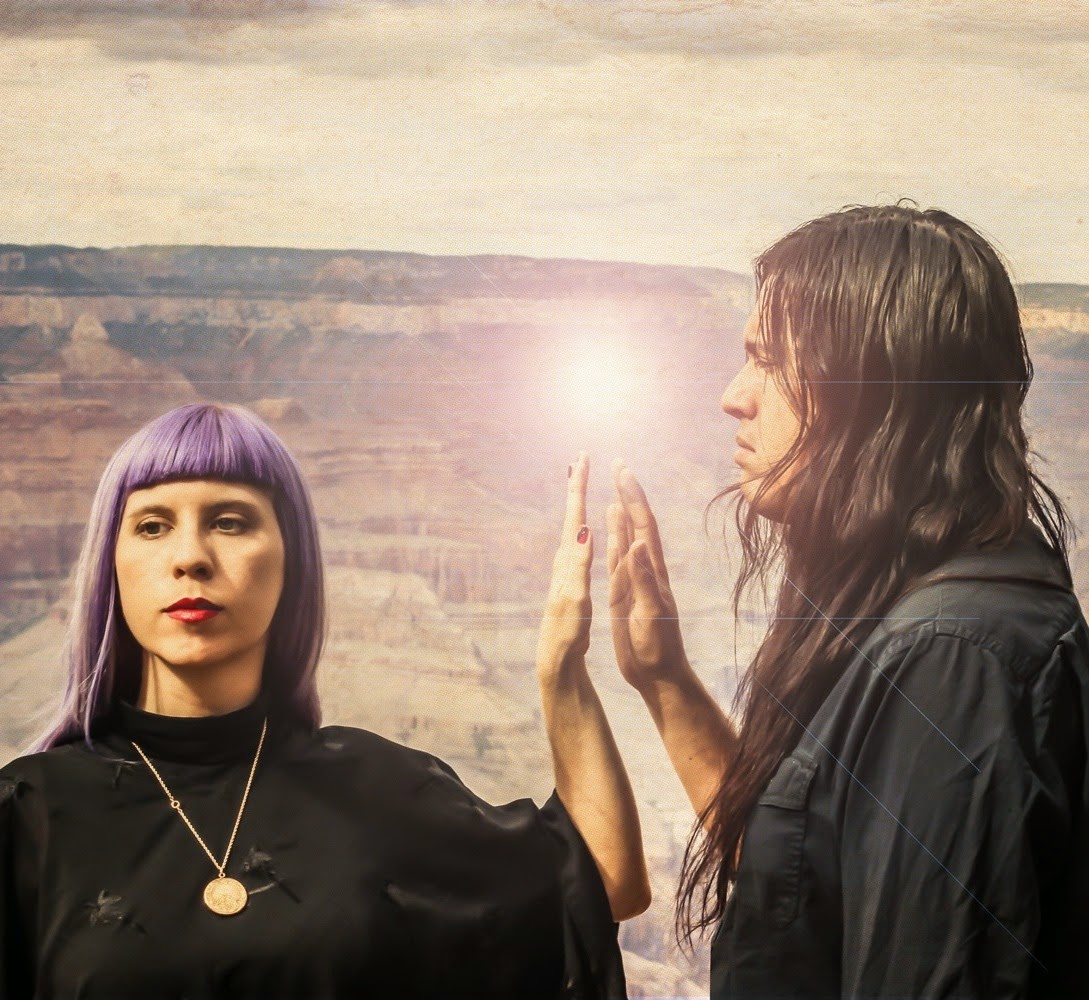 Q. When did Technicolor hearts starts tell us about the history...
Joseph and I had been friends for years and I was often a special guest in his old group, an experimental art rock band called Death is Not a Joyride. After that band broke up and I stopped playing in Agent Ribbons, the garage pop trio that I was a part of, we already had a connection and knew we wanted to try writing together. We played our first show as Technicolor Hearts on 11/11/11 and it was at a glow in the dark masquerade ball in Austin, TX.

Q. Made a list of 5 albums of all time…
Moon Safari, by Air
The Noise Made by People,
Broadcast Meddle, by Pink Floyd
La maison de mon rêve, by CocoRosie
Two Suns, by Bat for Lashes

Q. How do you fell playing live?
It's addictive. Sometimes before a show I don't feel very good or I'm tired or I doubt myself. But the minute we get up on stage and the show starts all of that melts away and I don't feel anything but happy, energy, adrenaline, alive and as soon as its over I can't wait for the next show.

Live shows can get pretty crazy but our music is generally pretty mellow and seems to have a calming, soothing effect on crowds. Lots of people have come up to us and told us our music is like going on an acid trip without the acid or that its very psychedelic and puts them in a trans. We also use a lot of trippy visuals elements, art, colors, fog and lighting to create an ambient atmosphere. I notice lots of audience members get really into it and just close their eyes and sway back and forth to the sounds.

Q. How do you describe Technicolor Hearts sounds?
We've come up with a few phrases that we feel describe our sound pretty well: arts and crafts pop, dream pop noir, an art project for lovers...

I have an orchestral background with violin and strings and folk singer tones in my voice. Joseph has a more electronic and synth background but also an appreciation for acoustic and lo-fi sounds. We try to weave together our sounds to get the perfect balance of pop, folk ,ethereal, synth and psych to make music that is both dreamy/dark and punchy/upbeat. We like to collage a lot of stuff together, sort of like a big rainbow quilt of sound that just wraps you up with an array of shapes and colors all stitched together neatly with one continuous thread. 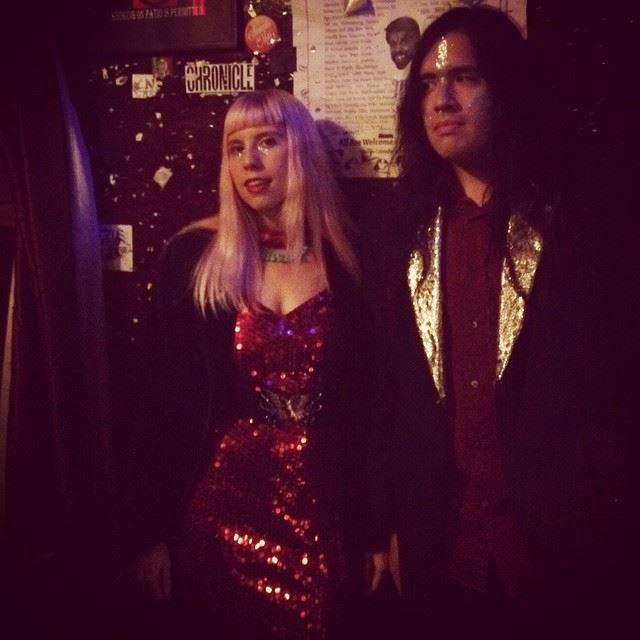 Q: Tell us about the process of recording the songs ?
We have a home studio we work from. I write most of the song lyrics, song structures and melodies and then Joseph works on the production, arrangement, chord structures and sounds. Then I usually lay down violin and string arrangements last, like the icing on the cake. On our fist release we recorded about half of it at our home studio and then worked with our friend at East Side Tone in Austin on the other half of the recording and mixing process.

Q: Which bands you love to made a cover version?
So far we have covered Air, The XX, Lana Del Rey and Rihanna, but we've been working on a Roy Orbison song for a while that we hope to perform someday.

Q. About the past, tell us about the Telescopes´years, how was it? About the gigs, are they really insane?

Q: What´s the plans for future....
Last year we had an opportunity to record with Ikey Owens, a talented producer and former keys player for The Mars Volta. It was incredibly sad, but he unexpectedly passed away while on tour with Jack White a few weeks ago. The current plan is to release the music we recorded with him in the coming spring as well as some new recordings we've been working on.

Q: Any parting words?
Last week we were really excited to release a music video for our song "Pocahaunted" that we directed and produced ourselves. It was done over the course of our recent six month west coast tour and includes scenes shot in several locations along the way. We filmed choreographed movement in the forests of Central Texas with the Woven Feet troupe, improvisational art-dance pieces on the shores of an enchanting Malibu oceanscape and more scenes amongst the moss-laden giants in the wet earth-scented Redwood forests of the Pacific Northwest. You can watch it here: