Schizophrenia with The History of Colour TV - An Interview 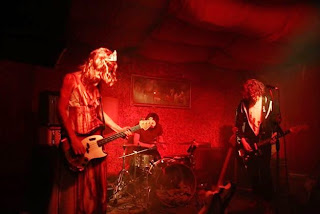 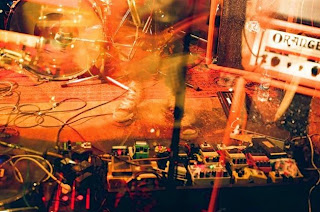 Q. When did The history of Colour TV starts, tell us about the history...
The History Of Colour TV was just a solo project to begin with, really just a name, a phrase, in 2010. The first releases were basically Noise music, guitar pedals and sampling, and there were a couple of multimedia installation-type things. It was meant to remain that way, but I started doing demos of songs and the band was formed around those.

Q: Who are your influences?
I think growing up you get influenced by a number of artists or bands, everyone has their own key ones. And those might define your artistic vision or career or sounds or whatever forever more, in a more or less direct way. But beyond that, and at this this point I feel my influences are whatever I'm into right now, listening to, reading etc. I think the main impact those elements have is to inspire you to keep on making art and being creative.

Q. How do you feel playing live?
It's usually fun, if the gear and technical stuff doesn't get in the way. We've had our setup plan backfire on us a few times. But when everything comes together properly, the stage can be a very comfortable place to be.

Q. How do you describe The History of Colour TV´s sounds?
I think every release sounds a bit different from the precedent, and the sound is some times a major part of the writing, at least on the earlier releases. I'd like to think it were a simultaneous mixture of abrasive sounds and softer ones, but that's probably only the case of a third of our tracks, ha... 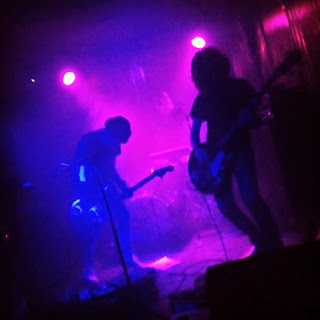 Q: Tell us about the process of recording the songs ?
It varies from record to record, but we've gradually drifted away from lots of studio-layering to a more stripped down approach, for a more live feel and to speed up production. That's something I've always wanted to be able to do. To commit more rapidly to what you're recording and to your production, to be able to record and mix albums in a week or less.

Q: What´s the plans for future...
We have a new EP coming out in November, which we're co-releasing with Cranes Records from France. We also want to start work on our next full-length pretty soon. I think the writing process might be quite different this time, and I'm excited to see what comes out of it.