Alone Again Or with The Chemistry Set - An Interview 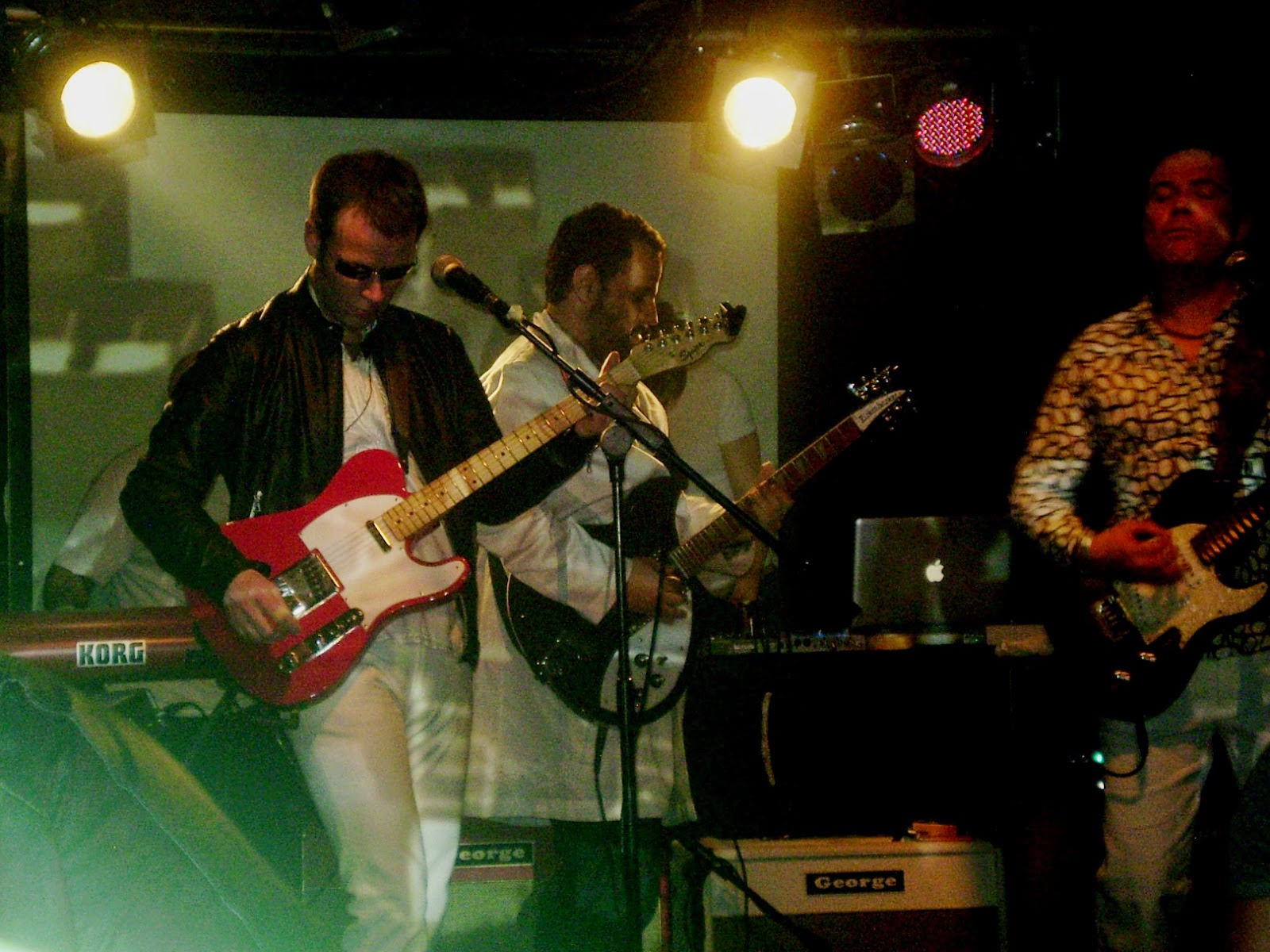 Q. When did Chemistry Set starts tell us about the history...
We first got together in London in 1987. Our first gigs featured covers of “Lady Friend” and “Renaissance Fair” by The Byrds. Our very first release was a cassette in 1988 on the Acid Tapes label. We then signed for the alternative Manchester label “Imaginary”. We got in the “Indie Top 20” in the UK and done a load of gigs in UK and Europe. We came over to New York for the College Music Journal festival in 1991 and our US manager went on to start the Rainbow Quartz label. John Peel used to regularly play us on his radio show and we appeared on Tony Wilson’s TV show.

We split in the 90’s, took a bit of a hiatus, remaining silent… until The Chemistry Set “MACH II” reappeared in 2008! Our return came about when our unreleased LP from 1989 “Sounds Like Painting” was uploaded onto numerous blogs and was downloaded over 10,000 times.

Q. How do you fell playing live?
Well when we reformed we had a huge challenge to recreate the sounds in the studio in a live situation. It would be impossible to do with a traditional 4 or 5 piece band so we left it for a couple of years and then a DJ from Barcelona; DJ Gato made contact with us and said he wanted to work on remixes of our songs. We got to know him and he had a real understanding of psychedelia as well as being a brilliant remixer, so we started to put a band together. We made our debut on 5 Feb 2010 in Barcelona and featured me and Paul on guitars, a drummer, 2 keyboards (Mellotrons, dulcimers, farfisas etc) and Dani on computers playing some strings, beats, bleeps and all kinds of magic. We also work with A VJ from Buenos Aires who does incredible videos. So the whole thing is a kind of UFO club 1967in 2014.

We like to try and create a kind of "musical surrealism". The idea is to give the listener something interesting and different to listen to each time they listen, so that they can return again and again and hear new things in the songs.

We also like to sing in different languages and work with different singers. One example is a song "La Logica del Canvi" which we sing in Catalan. This song is like a kind of Catalan raga. Singing this in Catalan gives it a surreal quality. Another song "Regarde Le Ciel" is sung in French by a Catalan singer. It is exactly this kind of "twist" we like to do. 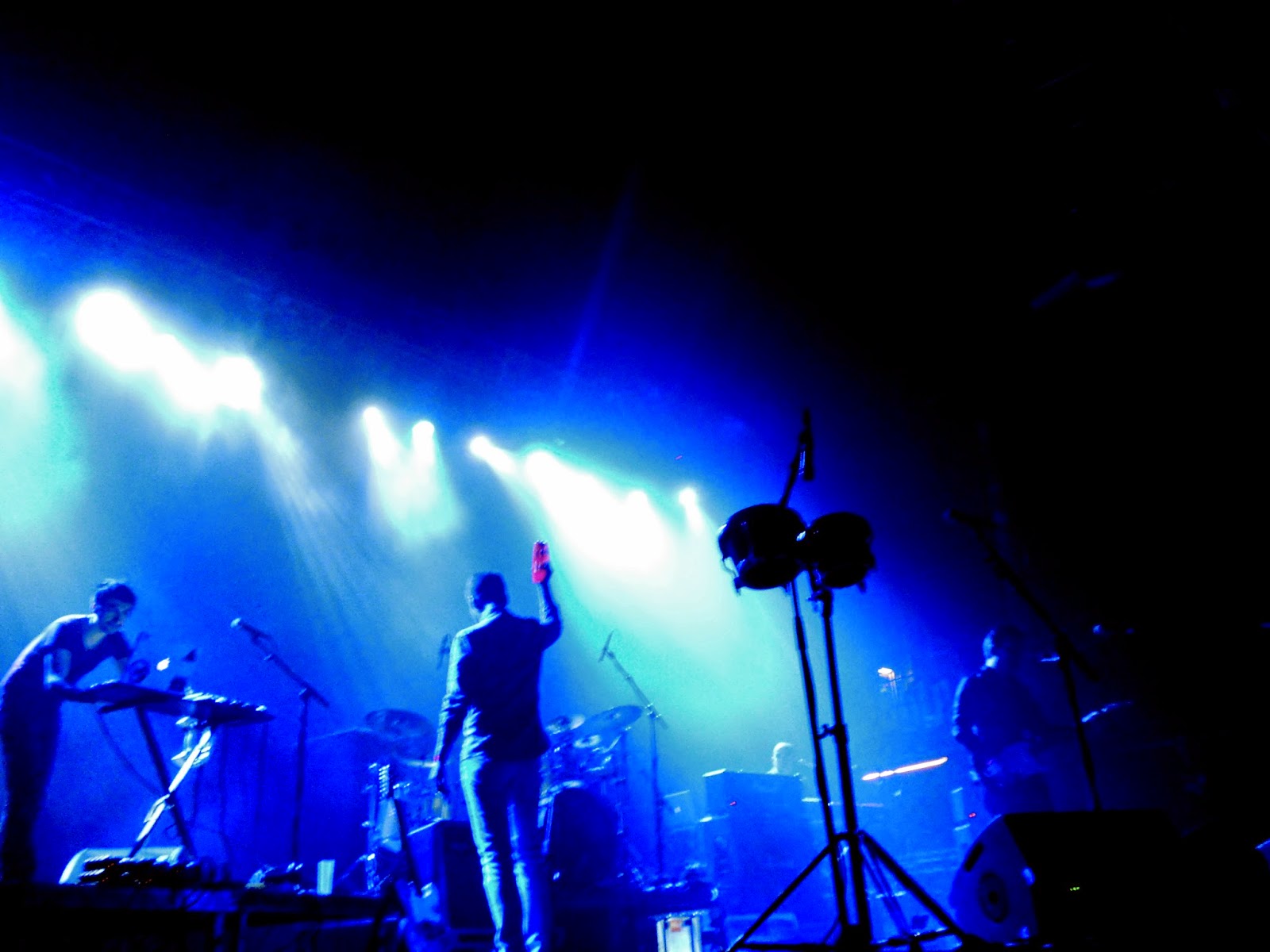 Q: Tell us about the process of recording the songs ?
The production of a song is as important as the actual song itself. We record all our songs in a recording studio on an island in the middle of the River Thames in London. That is our laboratory. We use all kinds of instruments; Mellotrons, Dulcimers, Farfisa's, Timpanis, Brass, but the most important thing is to make the song interesting to listen to and build layers and soundscapes. We never use production for the sake of it or trying to be clever but to make the song the most interesting possible for repeated listens.

Q. Which new bands do you recommended?
I absolutely love the Russian band Polska Radio One and The Sudden Death of Stars from France but there are so many good new bands worth exploring

Q: Which bands you love to made a cover version?
We like to insert a cover version inside a cover version and we first did this on Pink Floyd’s “See Emily Play”. We added the “Bicycle Rider” section of The Beach Boys then still unfinished “Smile” album inserted within the song. The cover was included in the 2013 3CD Box Set Tribute “The Many Faces Of Pink Floyd”

We did a cover of Del Shannon’s “Silver Birch” (Originally found on Shannon’s “The Further Adventures Of Charles Westover”, his cult 1968 LP) and added a section of “Sanctus” from The David Axelrod/Electric Prunes’ masterwork “Mass in F Minor”. We sent the cover to David Axelrod’s son and he played it to his Dad and his Dad said “Real Music! Finally music that makes you think and really listen to!”

Q: What´s the plans for future....
We have a new EP “Elapsed Memories” out at the end of November on vinyl (Fruits de Mer records) and Jan 2015 digital (Dead Bees records). We are working on a new album to be released in 2015