The House of Love with Ghost Wave - An Interview 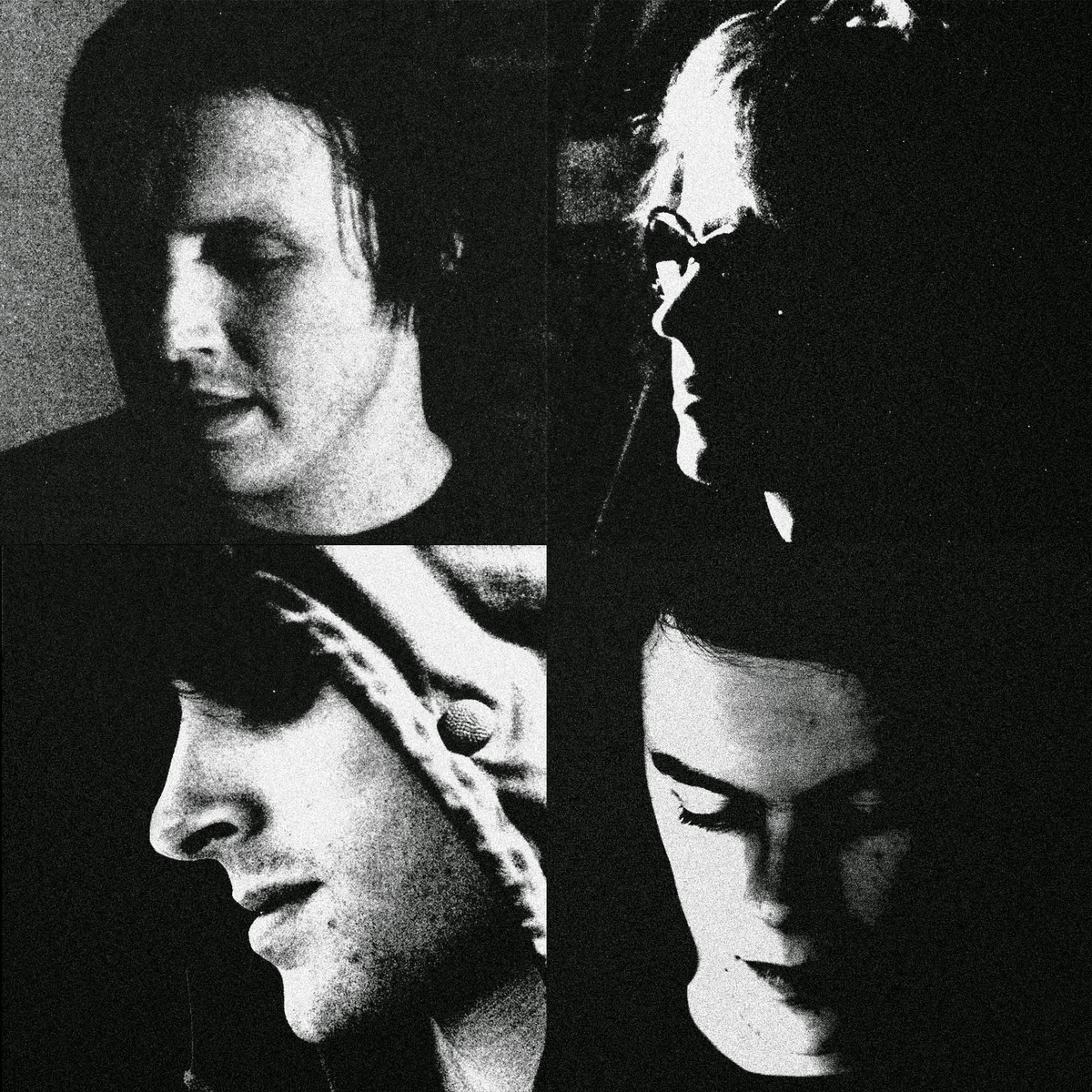 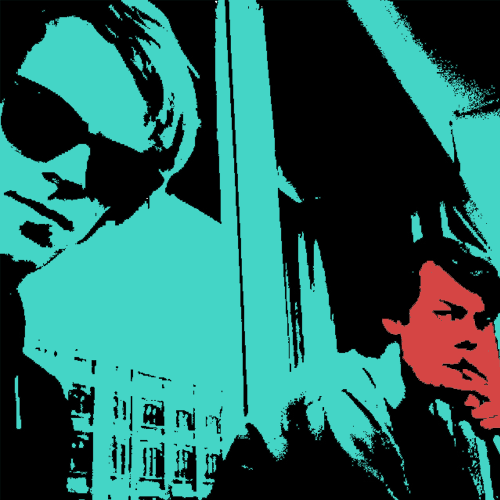 Q. When did Ghost Wave starts, tell us about the history...
OK so Ghost Wave started I think at the end of 2009, so its really weird to think that we've been a group for five years. Basically I was looking for an out from studying, I was sort of at that age where you can start making decisions, disappointing your parents, and not feel too bad about. I met Eammon who was on a similar vibe, we were like two similar people who had never met before and so even from the get go, I knew he couldn't play drums, and I couldn't write songs, but we both pretended we could do these things. We had a strong idea about the ideas behind the music (not necessarily the music itself) and I guess these remain the driving force behind our band. A lot of it is do with lifestyle and how we take our lives.

Q: Who are your influences?
I think we influence each other quite a bit. It would be easy to list off a few bands (see below) but more than anything it was about finding an attitude towards life and creativity that was comfortable for us. We're both naturally shy people, though I guess I've come out of my shell a bit more, but I guess we are influenced by people who exemplify the kind thing we're into... just simple stuff like doing things right, standing up for what you think in a non-violent way, doing right by others and so on. I guess our parents are kind of a big influence in that way; when you start doing fucked up shit cause you think its what you're supposed to do as 'this person', then you get all confused and lose sense of yourself. That was kinda scary but I think we're back on track, and I guess our parents are kinda like 'stand on your own two' people (they're definitely not musician 'types' though) so that's been a big influence.

To rattle off a couple of favourites... Stooges, MC5, Lee Perry, James Brown, The Byrds, Stones, Ronettes, John Coltrane, Suicide, The Seeds, King Tubby, Otis Redding, Nina Simone, Velvets, Moodymann, Theo Parrish, J Dilla, Madlib, Ariel Pink, Sun Ra, Spacemen 3, Baby Huey... That should give an idea of where we meet, where we diverge is that I like a lot of more aggressive stuff, while I would say Eammon veers to the other end of the spectrum. We are also influenced by visual art a lot.

Q. Made a list of 5 albuns of all time…
Uh too hard! I'll just go with stuff I listened to since I was a kid or has resonated at various stages in my life
Ramones S/T
John Lennon Plastic Ono Band
Panda Bear Person Pitch
MC5 Back in the USA
Lee Scratch Perry Super Ape

Q. How do you fell playing live?
I fall in out and out of liking to play live. I guess it has its perks, generally though I am more comfortable in the studio. Lately I have been dj'ing and that's been an enjoyable thing, kind of more relaxed. I really like playing overseas though, that's been a highlight for us for sure. 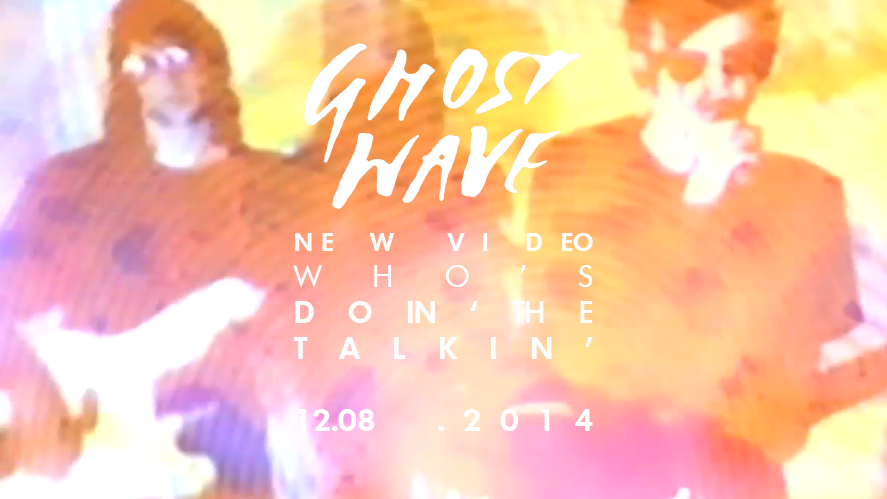 Q. How do you describe Ghost Wave sounds?
Hopefully we are just moving toward the true sound of ourselves with our music, I like to think that peoples music kinda reflects how they are on the inside, so I kinda want to strike that point where there's no difference in my presence on earth and the music I make. Not in a whacky way, I but I think that is what sets great art apart - the artist kinda feeling ultimately comfortable or at ease, not pretending to be something, which I think can be a challenge when you are starting out, but hitting that pure state is a thing I think a lot of people go for in their pursuits. A lot of my songs on the last record kinda have this attitude that was mine at the time, so I wrote about that stuff, but my life is different now so I'm trying to move on and be more connected I guess, make better music, be more positive, etc. so hopefully that is how it sounds...

Q: Tell us about the process of recording the songs ?
Um, well in the past I will just write a demo and then flesh it out with the band, or without the band, just whoever is around really - I spend a lot of time by myself so usually its just me. Usually a song won't be good enough to pursue unless it has something to hook into from the outset, like a melody or something. Other times, say with our new record, we've recorded and played a song a certain way for two years but it just doesn't translate to the studio setting... and I'm really interested in doing good records more than anything... so you kinda have what you thought was a final structure etc, but it ends up being the departure point. But as long as the song has strong bones, we're good. I work hard on that stuff. I've always thrown away a lot of stuff I didn't think was good enough. I know our records have their limitations and people could be like "oh dude you obviously have low standards then" because we made a simple stripped back rock n roll record, but that's what we wanted to work with and thats what we wanted to do. And I think in that way we've always made sure we're happy and got a song how we want it before letting it go, and it seems to have worked for us, but I always want to be better. Even when I'm stoked on something I've done, the next day its not enough. I guess its mainly about getting a buzz together. We don't record a lot together as a band.

Q. Which new bands do you recommended?
Eammon does a side project with our friend Liam called Team Cat Food, I really like their stuff. Otherwise I don't get into new bands so much. There's a dude called Dave Weir who does some kinda cool psych, jangle stuff here in Auckland. Kinda like Captain Beefheart meets Daniel Johnston or something. But mainly I listen to old stuff, a lot of Northern Soul these days, most new artists that I'm into at the moment are like rap artists, I like Caskey a lot. I also have been getting into music by this guy from Ireland called David Holmes; I feel like there's a similar thing going on with what we're doing. Kinda my hero at the mo.

Q: Which bands you love to made a cover version?
Actually that is funny you should ask that; I've kinda been playing with the idea of doing an EP or album of covers. Not really sure what songs but I think it would be kinda cool, I did have some ideas but they have all escaped me right now.

Q: What´s the plans for future....
Not really sure what the future holds at the moment. I'll still be doing music in some form or another but I guess when you have five people who have been playing music together for the past few years, everyone has different priorities and I guess they get highlighted when you're in your twenties, so I guess we'll see what happens. Being in a band is expensive as it is, then when you throw in the fact that we live in New Zealand the audience for our music in the Southern Hemisphere is kinda limited (you could never live off it), it can become pretty stressful. We started out thinking this would last forever, but yeah these days I'm less sure about that. But whether we keep on doing this or not, I'd say we'll all be following our paths and trying to have a good time not matter what we're doing. Next thing I'm doing musically after the new Ghost Wave LP... not sure.

Um, I dunno, I only realised we'd been doing this band for five years when I read your first question. I guess if there was a piece of advice that kind of rang true is that the minute you stop enjoying it, change it, and if changing it doesn't work, probably time to start doing something else. Keep looking ahead I guess. Be good to people.
*
*
*
Thanks