Treasure with Savage Sister - An Interview 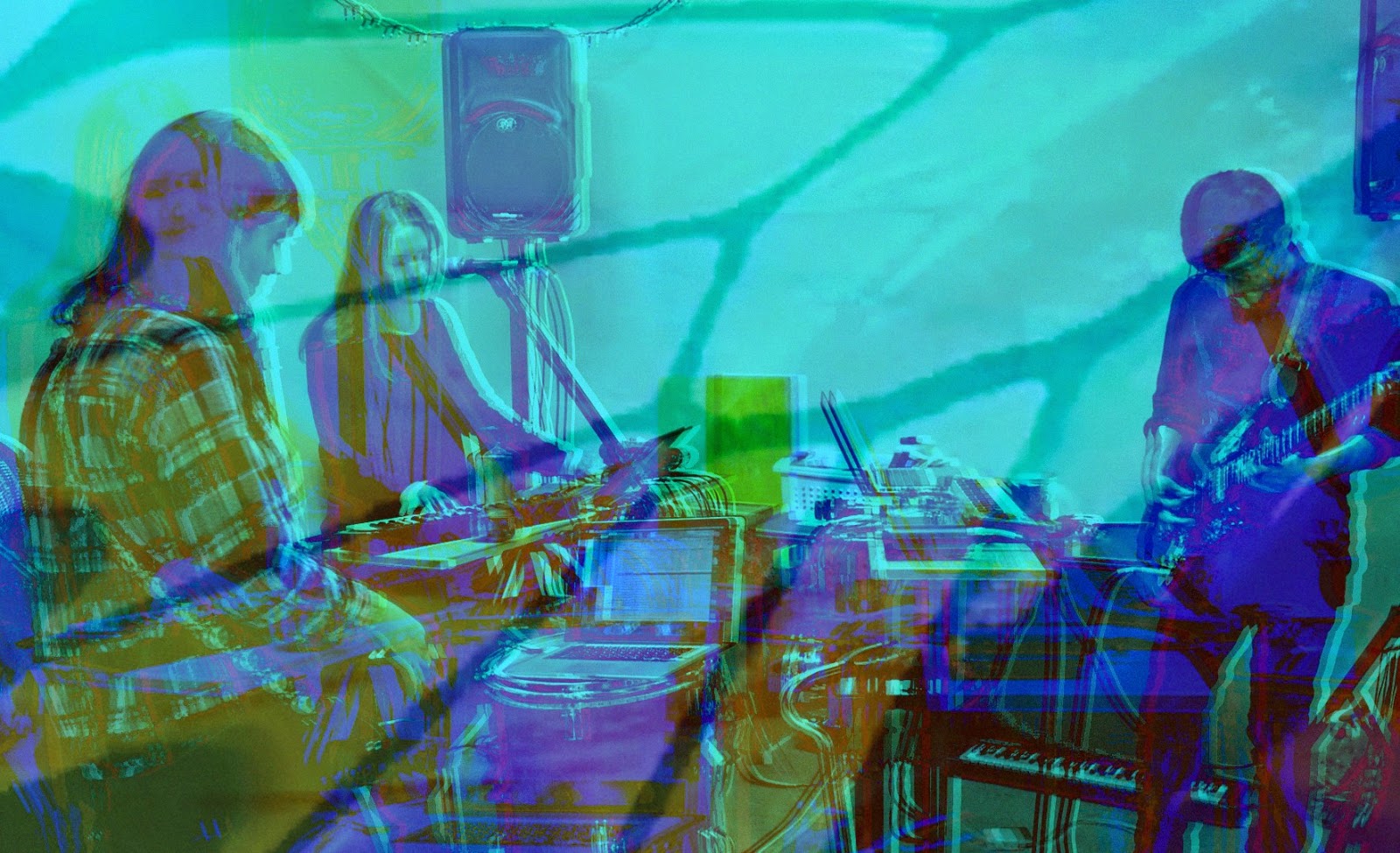 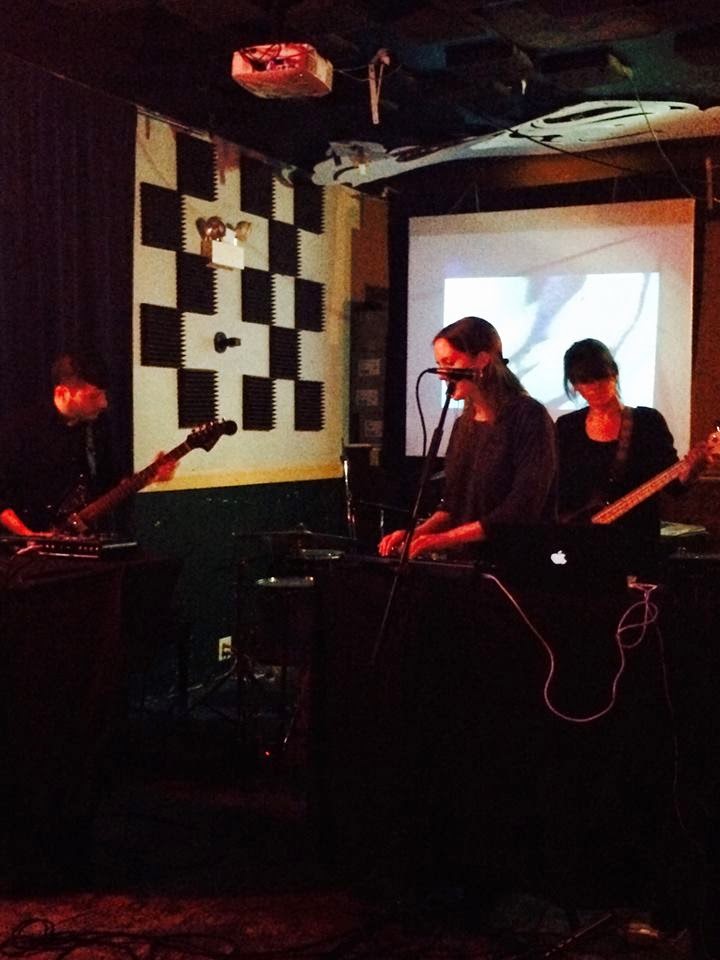 Q. When did Savage Sister starts, tell us about the history...
A: Savage Sister formed in the early summer of 2012 in St. Louis, Missouri. It was initially a project that my childhood friend Nick and I created after many years of anxiety and soul-searching. We always wanted to do some kind of band thing, but didn't have the nerve to go for it until our lives aligned correctly. So, we finally went for it in 2012 and Savage Sister was born! It was a culmination of our long-standing love for ambient, dream pop and shoegaze. I moved to Chicago in early winter of 2012, then eventually re-formed the band with its current members, Caitlin and Chloe, by summer 2013. We released our debut, self-titled album that June, then really dug into the Chicago music scene for the rest of the year. We felt really lucky to be embraced by so many folks in the scene. We started this year off releasing our second EP, Wild Sleep, then in the summer made a 7" called Huge Moves.

Q: Who are your influences?
A: I remember I would drive around St. Louis with my friends in high school, listening to Souvlaki by Slowdive, Loveless by My Bloody Valentine and Treasure by Cocteau Twins, just being totally blown away by the endless reverb and shimmering textures. Slowdive and Cocteau Twins are huge influences on the band's sound with a bit of MBV loop texturing thrown in for good measure. Scott Cortez's Lovesliescrushing (also leader of Astrobrite) project has had an influence on our more ambient pieces. One of the newer bands that has really influenced my songwriting is Sleep Over, a super hazy trio out of Austin, Texas that combined huge beats with detuned, distorted, effects-laden synths and endless female vocal overdubs. Also, Grouper has made a lasting impact on me, the way Liz Harris weaves such gorgeous melodies in swaths of degraded recording quality, reverb and delay.

Q. How do you feel playing live?
A: That's an interesting question, which we've discussed recently. The short answer is that we enjoy it, but aren't obsessed. We like testing out the energy of different songs and how they'll translate live, but we aren't looking to play gigs all the time. Ultimately, we're a studio a band above all else. Our live setup is a bit convoluted and relies a lot on a venue's sound system, so we have to take time to get ourselves excited and willing for that next show. We've had really awesome shows and not so great shows like all bands, the bad shows tend to be a blow to our morale.

Q. How do you describe Savage Sister's sound?
A: It's a mixture of ambient looping guitar, dream pop funkiness, detuned/distorted shoegaze textures and vocals with tons of reverb and delay. We are a fan of creating this kind of hazy, romantic atmosphere, whether it's dark or yearning - Savage Sister is about being moody!

Q: Tell us about the process of recording the songs?
A: I record all our songs from my home studio through an audio interface to my computer. I have a fascination with streamlining the recording process as much possible, so I like to keep it light. Since we rely on drum machine and looping textures, this is the easiest way for us to get things done. Once I have a song fleshed out, I throw it over to Chloe to consult on vocal melodies and possible overdubs. We come up with ideas together and go from there. 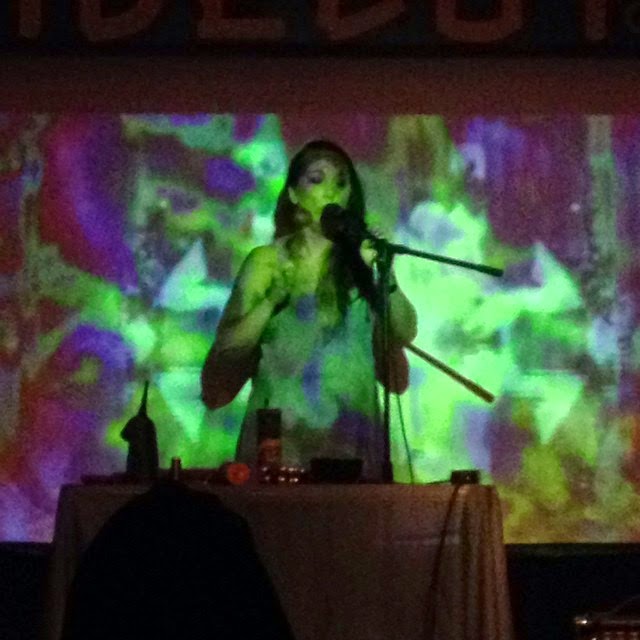 Q. Which new bands do you recommend?
A: Over the past two years I've learned of many fantastic new bands in the dream pop, shoegaze, ambient and dreamwave spectrum. Honeyslide was an awesome shoegaze band out of London with heavy hitting guitar and drums, Lubec is a fantastic noise/jangle pop band out of Portland that are akin to Sonic Youth and early MBV. Tashaki Miyaki is a great lo-fi dream pop outfit along the lines of Velvet Underground, Jaguwar is a new band out of Dresden that delivers fiery shoegaze similar to Isn't Anything-era MBV. Day Ravies is a fun and adventurous dream pop/shoegaze band out of Australia. Earn is a very luscious ambient project. A few locals to Chicago are worth checking out as well - TALsounds, Sister Crystals, Landmarks, Lightfoils, Panda Riot and Cinchel. Other than that, the more popular groups I love these days are Tamaryn, No Joy, Echo Lake, Beach House, Grouper, Sleep Over, Melody's Echo Chamber, I Break Horses, Blue Hawaii, Pink Playground and Pure X.

Q: Which bands you love to made a cover version?
A: We've done a bunch of covers over the past year and a half from Beach House, Magnetic Fields, Low, Kate Bush, etc. Chloe and I were discussing doing a cover of Pink Floyd's "Comfortably Numb". That may be the next thing we do after our new album is done.

Q: What´s the plans for future....
A: Right now we are currently recording for our new album, Speechless, which is due out in the first quarter of 2015. Once the album is finished, we'll continue to play shows and make covers. The rest is up in the air at this point!

Q: Any parting words?
A: Just that our new album will be out on vinyl thanks to BLVD Records here in Chicago. If folks like our stuff are interested, be sure to pick up a vinyl when it drops in early 2015!
*
*
*
Thanks