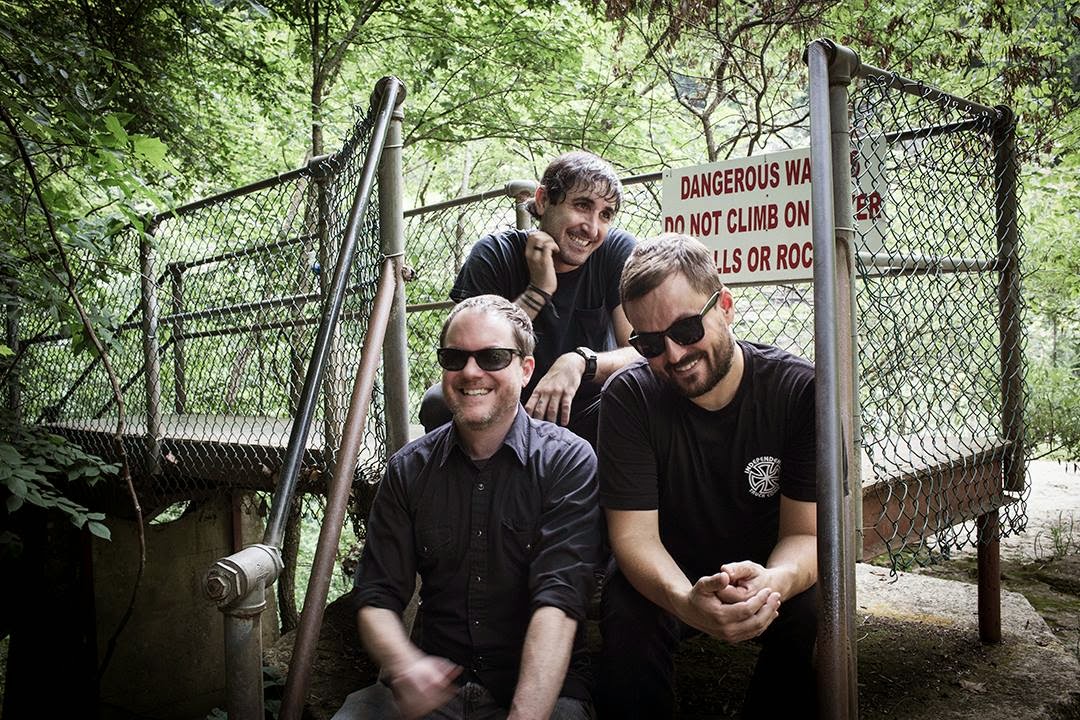 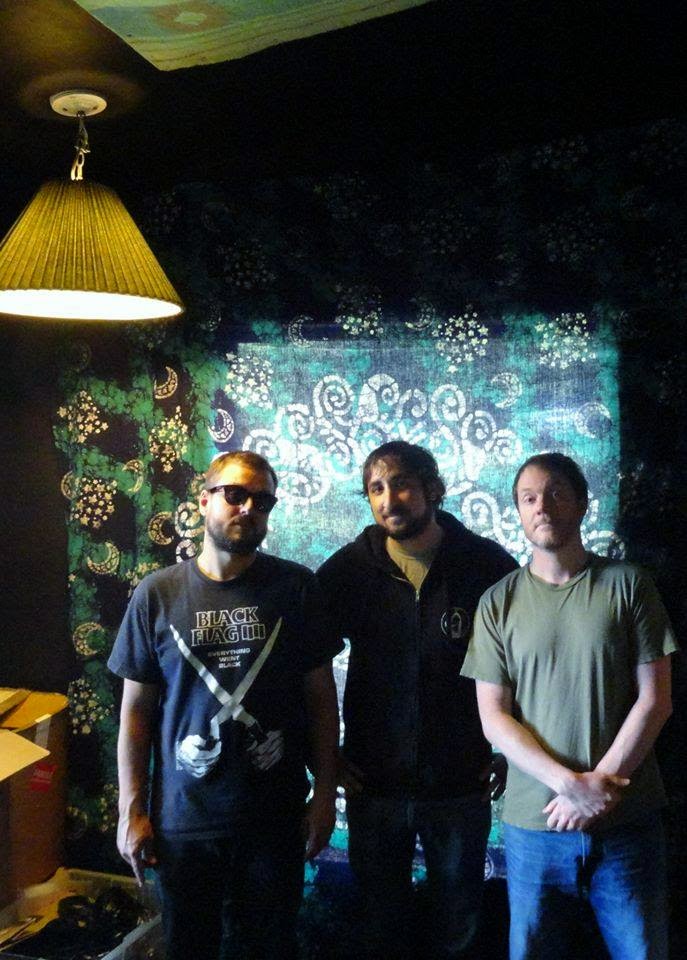 Q. When did Lees of Memory starts, tell us about the history...
J: I would say Brandon was really the catalyst for the whole thing, in a way. He was writing some new music back in the summer of 2012, and he wanted some help making demos, but also it was just a great excuse to get together and hang. The first one we did ("Deliquesce") turned out so rad, we wanted to do more! Plus I had been writing a lot separately around the same time, sooner or later we just decided to combine our efforts. We didn't have many ambitions beyond just amassing a stockpile of 4-track recordings and throwing 'em out online until Nick (Raskulinecz) got on-board with it, after that we started making plans to do a record record. We drafted Nick Slack to play drums, whom I had been jamming with in Epic Ditch, plus we go way back anyway to the days when he played in SLACK and Don (Coffey Jr) produced them. Once we had a finished recorded, we approached Velocity Of Sound about putting out a 45, and they were down, so we did that. Not long after that, I started working through the process of reissuing Head Trip In Every Key and putting the Jokers W/ Tracers package together with SideOneDummy, and they were so friendly and easy to deal with and their passion for what they do was so obvious, I just got stoked one day and sent them a Soundcloud stream of the Lees music out of curiosity as much as anything else. I think they hollered back the same day! So yeah, it was officially on after that.

Q: Who are your influences?
J: Ah man, there are so many. The list is endless. I've been completely mesmerized by music for as long as I can remember. Specific to the Lees, though? To my ears it's kind of a love letter to all the records we used to play around the house in 1993, 1994, 1995, when we all lived together in the same house like a broke-ass version of The Monkees. I mean, My Bloody Valentine is an obvious one that a lot of people point to automatically. No question, Isn't Anything and Loveless made an impression on just about everything we've ever done in some kind of way, but I also hear Teenage Fanclub, The Velvet Underground, Yo La Tengo, The Jesus & Mary Chain, Dinosaur Jr, Swervedriver, The Beatles, Big Star, Sebadoh, Spacemen 3, Spiritualized, Stereolab, loads of influences. Twin Peaks was a big influence!

Q. How do you fell playing live?
J: It interests me less and less, to be honest. I guess that's why the Lees haven't played live yet! 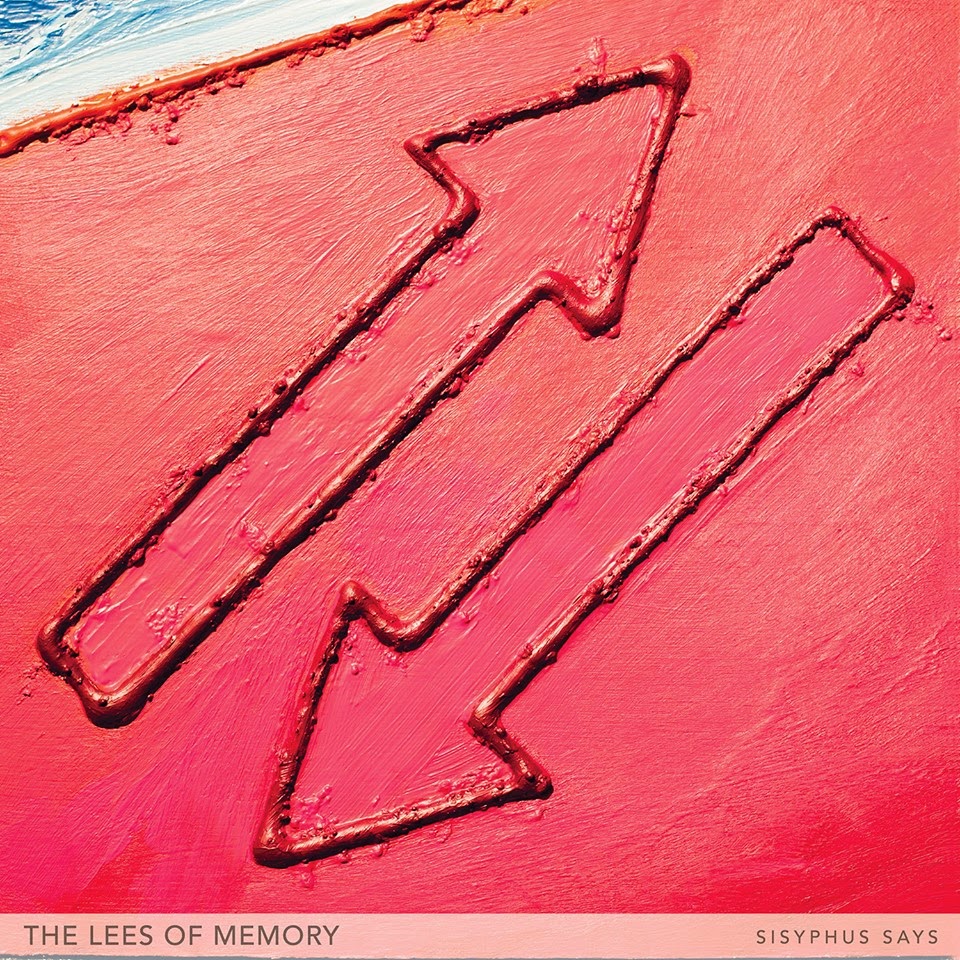 Q. How do you describe Lees of Memory sounds?
J: "The Beatles Chopped & Screwed." ha ha Not really. I don't know, how can anyone describe their own music convincingly? Big atmospheres, big melodies, big guitars? "Big" is an adjective a lot of reviewers have resorted to.

Q: Tell us about the process of recording the songs ?
J: We banged out all the drums and guitar 1s & 2s on everything in 2 days' time, at Blackbird Studio here in Nashville, then we added all the bass and some guitar overdubs at Nick's house, and we finished overdubbing and mixing at his new studio spot, Rock Falcon TN. There aren't as many guitars as you might think.

Q. Which new bands do you recommended?
J: Natural Child is one of my favorite bands from around here, they're on Burger Records. My kids and I just met the guitar player at the grocery store the other day. He took time out to bro down with the kiddos, that meant a lot. Back those dudes!

Q: Which bands you love to made a cover version?
J: We actually have a short list of songs we'd like to cover! Roy Orbison's "In Dreams", The Beatles' "It's All Too Much" and "I Heard Her Call My Name" by The Velvet Underground. Those could happen sometime.

Q: What´s the plans for future....
J: We've been writing a follow-up record which we hope to have out by this time next year on SideOneDummy, we're 23 songs in so far. In the meantime, I don't want to let the cat out of the bag, but you might want to check for us on or around 4-18-15, too...