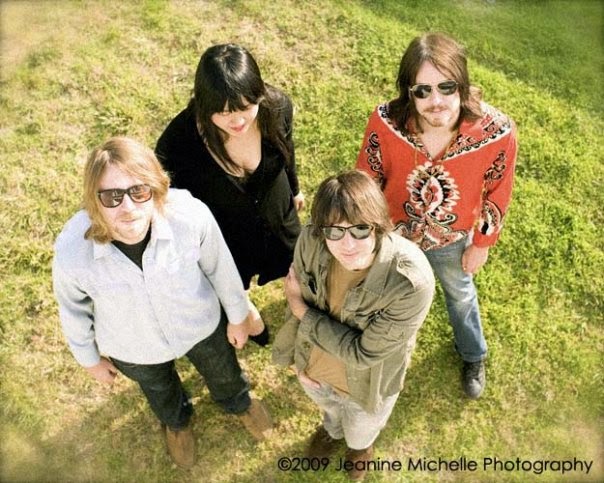 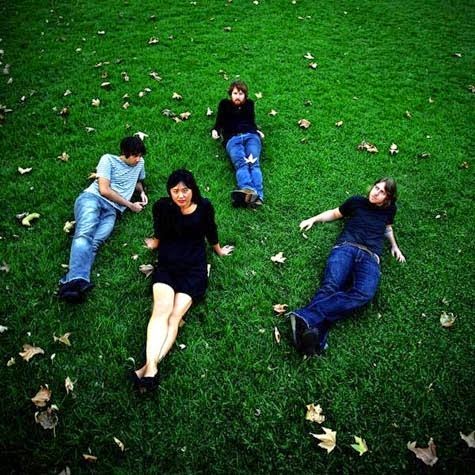 When did Lower Heaven start, tell us about the history...
The original line up on our first album (“Ashes”) in 2008 was me (Marcos Chloka) on autoharp, guitar and synth, Christina Park on bass, Tommy Danbury on guitar and Stephen Swesey on drums. We all knew each other from Los Angeles. The name came to me approximately a year before the recording of “Ashes” while listening to an Echo and The Bunnymen song. By this point, I had already written some of the songs that would end up on the album (songs like “Lose It All At Once”, “Fruitless” and “Rain”). While I was doing Lower Heaven though, I was also involved for a while with two other Los Angeles bands (Spindrift and The Warlocks) but eventually I decided to dedicate all my time to LH. It was around this time when we opened up for Black Rebel Motorcycle Club at the Wiltern Theatre and we played the second installment of Psych Fest that the Black Angels put together in Austin Texas. By 2010, Tommy and Stephen left around the time when we recorded our second album “Today Is All We Have”. Brandon Sciarra and Jon Engelhard joined the band on drums and guitar. With this line up we played a festival near the Joshua Tree desert that some friends of ours from LA put together called “Clean Air Clear Stars”, our second Psych Fest appearance and the Bootleg Theater in support of Black Mountain among many shows. Jon left the band in 2012 but Brandon is still around. I am now married to Christina Park and we have a lovely daughter named Stella.

Who are your influences?
Echo and The Bunnymen, Joy Division, MBV, Spiritualized, Dead Meadow, BJM.

Make a list of 5 albums of all time…
These are just a few that come to mind… I could probably pick five different ones at any other time, but I do love these five albums.

How do you fell playing live?
On a good night, I enjoy the energy we create, the crowd gets into it and it’s a lot of fun. Sometimes I get a little anxious though, I’m not really one who interacts much with the audience so sometimes I wonder if the crowd is having a good time or if they’re just being nice. Overall, I kind of miss it, we haven’t played in a while.

How do you describe Lower Heaven sounds?
We try to create a rich and atmospheric sound by running the guitars and vocals through heavy effects, sometimes we also use synths. We often keep the drums and bass simple and repetitive at times to add a hypnotic element to the music. Since growing up in the late 80s early 90s I gravitate a lot towards Post Punk and Shoegaze. I also love music from the 60s and 70s and I’m constantly listening to all kinds of stuff that I can incorporate to our music. For example, I’ve been listening to a lot of Reggae and Dub lately (King Tubby, Rockers, Lee Scratch Perry) and we might include some dub techniques on our next album.

Tell us about the process of recording the songs?
“Ashes” was recorded live at our friend’s studio in Hollywood (Rob Campanella who plays in Brian Jonestown Massacre). “Today Is All We Have” was also recorded live at another friend’s studio (Steve Kille of Dead Meadow). Our two most recent releases, the full length “Pulse” and the “Home and Away” EP were recorded at home, I used Pro Tools to edit. The process this time was a little different, I recorded a lot of tracks myself and later on we went back to Rob’s studio to do more overdubs there. “Pulse” also has guest appearances (Dan Allaire of BJM plays drums on a few tracks and Jason Simon of Dead Meadow plays lead guitar on one track). In the studio we like to use additional instrumentation even if we can’t reproduce every bit of it live we still like to add an arrangement here and there played with “studio” instruments like Piano, Mellotron, Autoharp, Sitar, Harpsichord, Moog, Harmonium and stuff like that.

Which new bands do you recommended?
Some of these bands may have been around longer but I discovered them in the last two to three years, so that’s as “new” as it gets for me. DIIV, Regal Degal, Soft Moon, Tame Impala, Washed Out, Cut Copy, M Machine and Oliver.

Which bands you love to made a cover version?
“Hurricane Fighter Plane” by Red Krayola or anything by Lee Hazelwood. I thought it’d be cool to mention here that we actually did a cover of “Fire Engine” by the 13th Floor Elevators which came out on a Rocky Erickson tribute compilation.

What´s the plans for future....
Band members come and go but I continue writing and recording music. At the moment Lower Heaven is taking a break from performing live but that can change. Our full length “Pulse” and “Home and Away” EP came out recently, more new music will follow next year probably.

Any parting words?
I’d like to thank Renato and The Blog That Celebrates Itself for the interview. I appreciate your interest in Lower Heaven. Hopefully people passing through can find out about the band and get into it. Cheers.
*
*
*
Thanks Marcos