Let’s Get Killed with HIGH & DRYs - An Interview 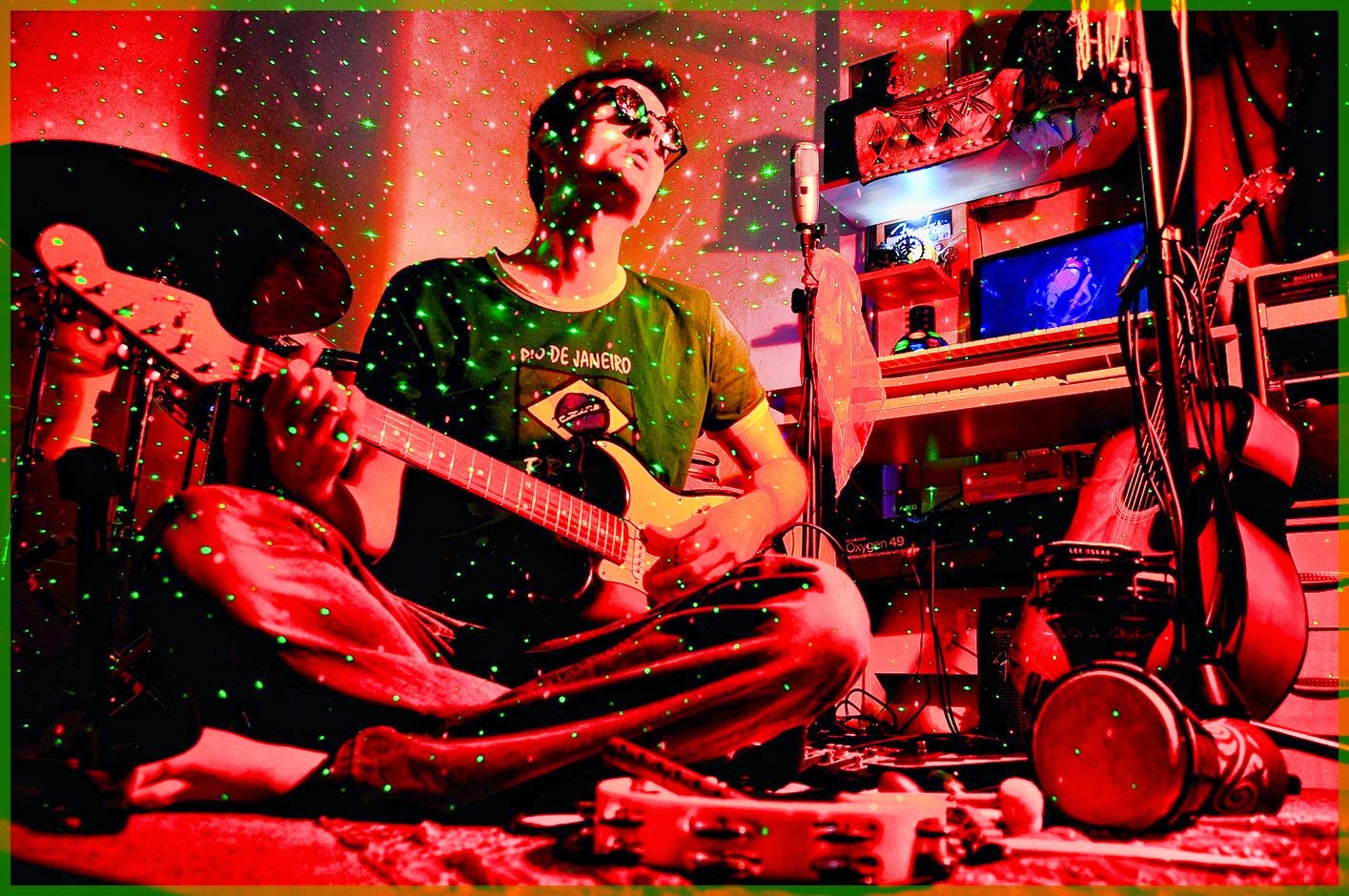 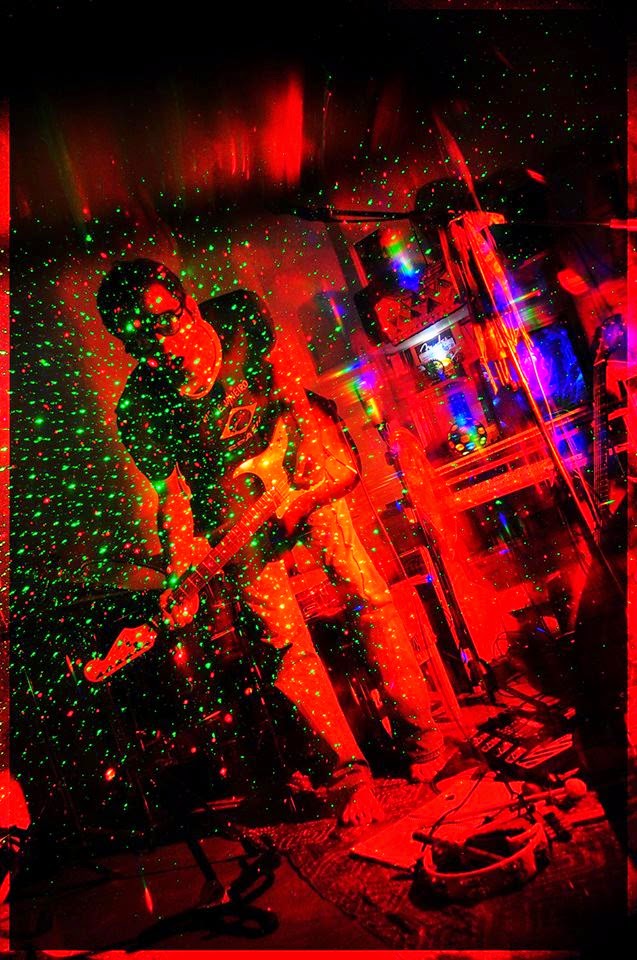 Q. When did High & Drys started, tell us about the history...
A: Well, officially, High&Drys began in early 2012, as a fortunate consequence of disbanding my former band, with whom I've been playing for at least last ten years. It was fun while it lasted, but I just couldn't express myself in a manner that is natural to my own musical visions, and the boys just couldn't follow. They were too close minded, saying “all good music is already played in 70’s and 90’s, why bother with this new cheap shit ?”. I just couldn't get past that, seeing such statement as utterly blasphemous, and personally insulting – for what I see, the culture and the music of today are at it’s historical and evolutionary peak – the culture is more alive than ever, and I enjoy contemporary music so much, that such statement was the end of me leading my band. Even before we broke up, I was saving pocket money so I could assemble my own ‘home studio’, in late 2011 – cheap gear but everything included. I became my own band and it was my artistic salvation from the sludge and misery of non – existent local music scene, and it’s utter ignorance of contemporary vibes and all these blessed revival waves. The original idea was to make an act that will cover all the fresh stuff I love, but it turned out that I had so many original songs up my sleeve, so at the end, I went that way, and so here I am !

Q: Who are your influences?
A: A tricky question, for an egomaniac like myself, but I’ll try to be as honest as possible. I was coming to an age through turbulent 90’s, and grunge music was the only cultural reflection the resident youth could use to identify themselves with. But grunge came and gone, and all the trends that followed. Basically, grunge led me back to blues, which is the root of all my music, in a way. The only thing I extracted out of grunge and fossilized into my heart were The Screaming Trees, which are, if we’re about to be honest, acid rock / punk rock / solid rock band. I was never into music that was older than my own date of birth, I don’t believe in possibility of enjoying it in it’s true totality, any of the music that predates ourselves, and that was played out of the context of the times we’re living in. So I didn't know shit about psychedelic music at that point. Then, late 90’s, early 00’s, Brian Jonestown Massacre happened, The Black Keys happened and the game changed, at least for me. I found that generally appealing yet utterly uncompromising psychedelic pop fusion, and heavy blues rock revival, which became a kind of a role model for High&Drys sounds. Meanwhile I was additionally influenced by so many new bands, keeping my good ear open for anything that might come my way and get me hooked. And I listen to equally the same amount of electronic and techno music, which influenced me in tribal, ontological way.

Q. Make a list of 5 albums of all time…
A: Uh, super tough one, especially for musical megalomaniacs ! Having to pick so very few from so many ... But according to my today’s horoscope : 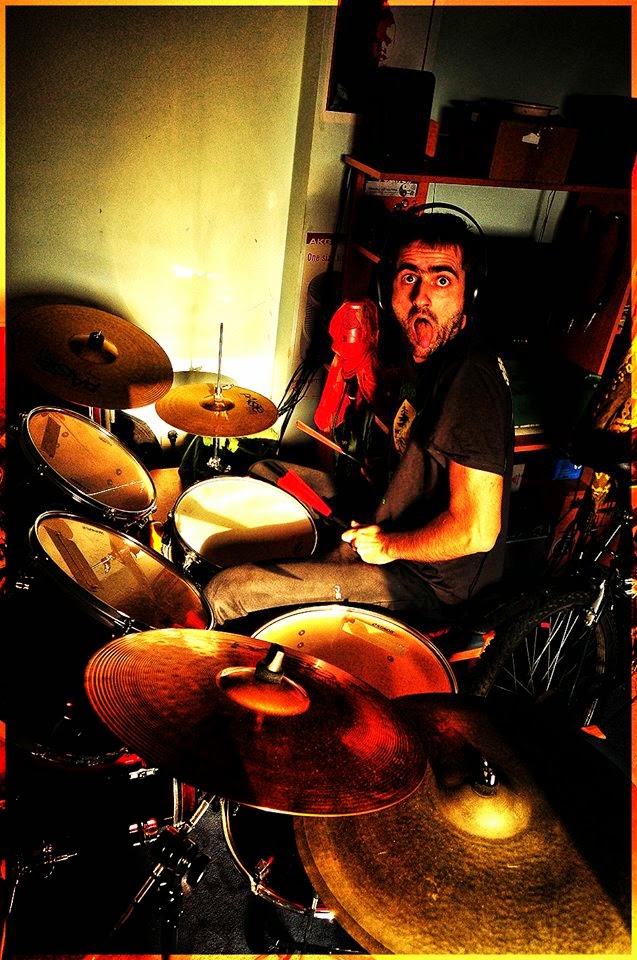 Q. How do you feel playing live?
A: Unfortunately, I’m pretty short on stage experience. Technically, I don’t have a band to bring out with me, and the people here in Serbia are deaf for fresh, contemporary music. Culture being late at least 15-20 years, according to what’s been playing out there in the clubs. I don’t go to my hometown gigs, I’m sick and tired from tribute and cover bands, and from all the kids playing punk / HC / metal like there’s nothing else, all the way, it was the same when I was a kid, and now, 20 years later, it’s identical. No culture in my hometown, or my country. I play for small circle of friends, stripped down and naked version of my songs, and it’s always a different experience, as songs follow my mood and morph in real time, as I play ‘em. Eyes closed all the time, so when I play, I am lost, and when I’m done, I don’t know what happened. I guess I’d be bad stage act anyway ! I plan doing live webcasts from my home studio, or wherever, and it will happen eventually.

Q. How do you describe High & Drys´ sounds?
A: Hmmm, if you allow me to paraphrase my own words : organic, lo-fi, free and easy psychedelicized bluesy pop, spiced up with subtle, evil dose of smoke infused rock'n'roll. High&Drys sound is all about general appeal, delivered through the means of underground art expressiveness, in terms that I am not seeking fame or recognition, nor trying to hit some high quality standards, nor to fit in any ‘scenes’ out there, I just don’t give a damn about it ; It’s only about the opportunity to share some of these personal flashes of visions that are multilayered, multifaceted, yet honest and direct, universally applicable. High&Drys music is simple, little music, no big production, no pompous arrangements, no complicated compositions, no pretentious lyrics, it is basically endless recycling of those 3 chord mantras that are the foundation of both pop and rock music. No radical experimentation, everything sounds familiar and generally appealing. I have no definite genre I’m trying to fit in nor I’m targeting some particular crowd – it’s all up close and personal, delivered so it could be universally enjoyed, on most intimate levels. Sweet paradoxes of art. I see myself as the worst trans-genre whore of all the acts I know of, and I shamelessly steal everything I love and admire, soundwise. At the end, I always seem to get that lo-fi mess, that ‘central mass of sound’ which is the only cohesive attribute that links each and every of my songs. But basically, it’s pop music – both musically and philosophically.

Q: Tell us about the process of recording the songs ?
A: I’ve spent a great deal of time meditating and contemplating on the method that will work best for me, since I’m doing it all on my own – arrangements, lyrics, drums, guitars, keyboards, percussion, harmonica, vocals, I even learned to play flute (a bit) in the meantime. And I ended in total abstraction. You see, I’m left handed, and musically illiterate, like, completely. I don’t even know what chords I play, what are their ‘names’, I really don’t. And I play guitars upside down, like Hendrix did, leaving the strings as they are, for the right handers, so I could play ‘em all, and not just my own. No tabs or notes whatever hieroglyphs could help me make the whole process easier. So, I would never make any music if I was to do it in an orderly fashion. It’s all in my heart, and comes into my hands through my mind. Raw, organic, spontaneously delivered. Only lyrics are written down on paper, everything else is made up out of thin air, in the moment. I have only one simple rule about music making, and it’s regarding moods more than music – if it’s a good day, just play. Don’t think about it or work on it, just play – what you need, will come your way. When it is a bad day, don’t waste your time and nerves playing, for nothing will come – but do all the tech and engineering stuff, mix, think, remodel, permute, transmute, fine tune it. So it ends up in months of playing without turning my gear on at all, while most of my songs are recorded and done in a single day of creative massive eruption of inspiration. 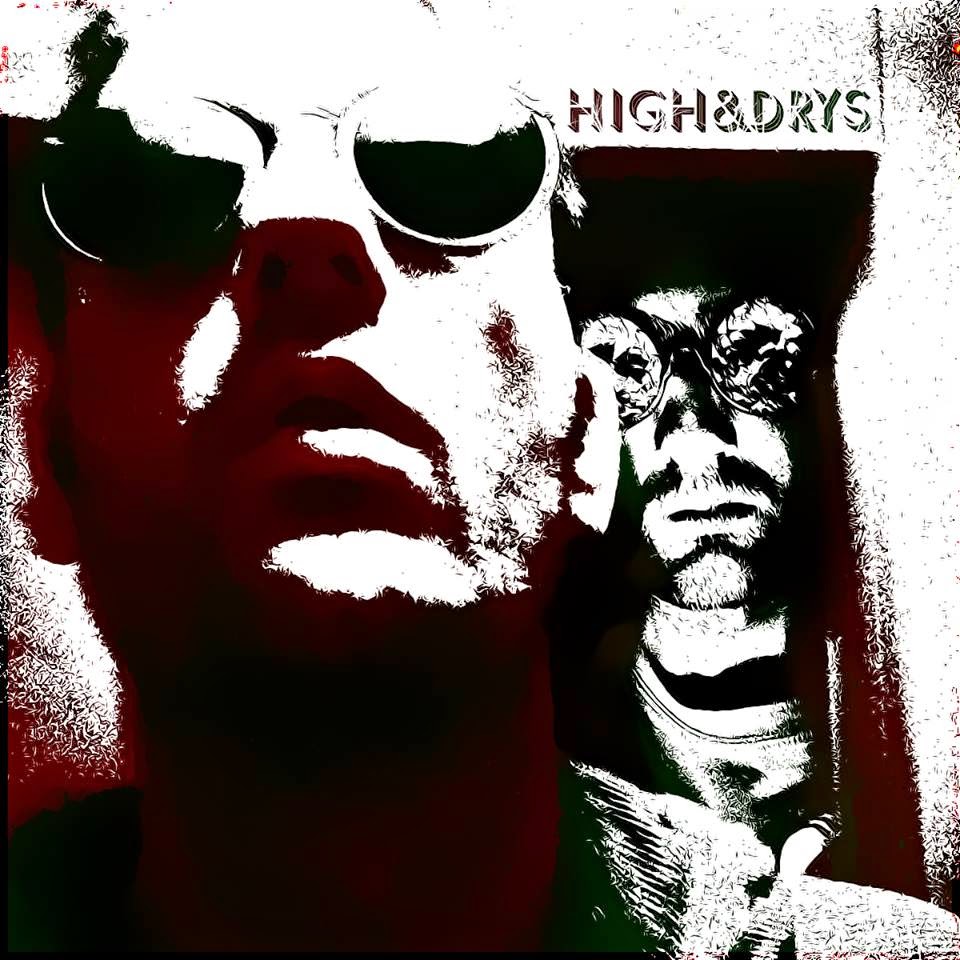 Q. Which new bands do you recommended?
A: You sure you want me to answer to this one ? I recommend A TON of stuff, let me see what pops onto my mind effortlessly ...

Q: Which bands you love to made a cover version?
A: None. And at the same time, most of the new bands forementioned in previous question. I would cover songs, not bands, if I was about to cover anything. Bands come and go, emerge and get forgotten, but songs are eternal. Fossilized genuine and honest expressions of us being able to reach to the bottom of the wishing well, where our pure souls reside. I play a lot of covers for fun, I even released a few, but I don’t really believe in cover bands. I guess I’d cover acoustic stuff mostly, or make an acoustic covers out of full band tunes, like, Stevenson Ranch Davidians, BRMC, House Of Fire, The Sky Drops, The Ganjas, Asteroid #4, Solaram, Altered Hours, Dead Meadow, Mr. Airplane Man, and many many more ...

Q: What´s the plans for future...
A: Well, the only future I know of is The Now ! But for that more formal future, well, currently I’m preparing my next release, 14 track LP I’ll probably release on CD, all songs being done but yet have to be recorded when the right mood & moment come. Also, I plan to meet in person and jam live with my musical friends and comrades I’ve met on the net since High&Drys started, at least with ones in Europe. Other than that, I’ll just keep doing my thing, in free and easy manner, no pressure, no rush. After all, High&Drys are all about celebrating the majesty of the moment, both the dark and light facets of it, composing the glorious totality of life, and human experience of it.

Q: Any parting words?
A: Just a big brotherly hug to each and every loved and loving soul out there, including yourself, brother. Love and let be loved, let love flow freely and express it with everything at your disposal, hold no reserves. Art is the breath of the soul, and should be cherished as such. There is nothing more powerful, important, rewarding and contributing to the global and universal welfare, than honest expression of one’s soul, the most clearly and concisely delivered in the form of childlike, but not childish artistic endeavor, at least according to my efforts and experiences. Embrace everything, take it all in, all the shit and all the glitter, make most out of it, the best you can, and then give it all out, give it all back, express yourself and let your expression reach out for all the loving souls out there, waiting to be touched by truth and beauty. For how we reach toward each others, how we connect and dive into the moment in unison, is all we actually have. Just love and let be loved. Freely, unconditionally, no reserves. Making and sharing music is just one of many ways to do it. Just somewhat more cool and more appealing, and maybe most importantly, the easiest to be mentally and emotionally digested.
*
*
*
Thanks