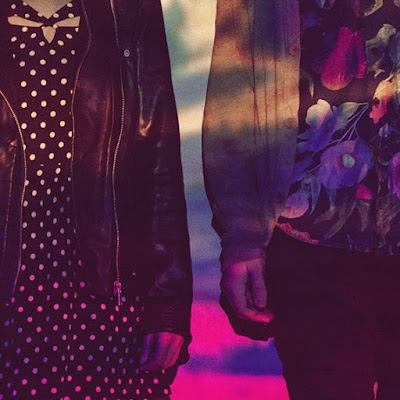 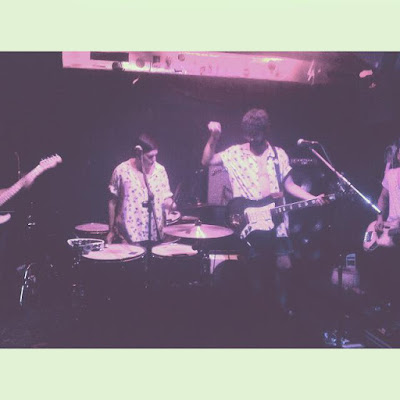 Q: When did Ghost Transmission started, tell us about the history...
A: It's not a very exciting story. We (Miriam and Tatxo) stared playing covers of our favourite bands at home. After a while our own songs come out so we called Pepe and Pep to play with us and put it all together.

Q: Who are your influences?
A: We like all kind of music. We love 50's and 60's rock'&'roll, the roots of psychobilly or things like that. But the mainly influences to us are surf music, and bands that make that kind of mix of pop and angelical melodies with a wall of noise sound at the background as The Raveonettes, The Jesus and Mary Chain, Black Tambourine, My Bloody Valentine, Suicide, etc.

Q. How do you feel playing live?
A: Wild and free!

Q. How do you describe Ghost Transmission sounds?
A: It's a blend of sweetness and rage. Sort of messing something nice.


Q: Tell us about the process of recording the songs?
A: We recorded the album at a very vintage studio called Estudios Tigruss in Gandía (Spain). We used some digital sounds for the drums and voices and the rest of the tracks were played as we use to do it live. We experimented with ambiental sounds made it with guitars and pedal effects too.

The most dificult thing for us was the mixing process because we were not able to find the perfect sound of what we wanted so it took a long long time. But fortunately for us we had Jorge Martí at the controls.

Q. Which new bands do you recommended
A: if new means the last ten years then we say bands like Moon Duo, Crocodiles, Dum Dum Girls, Cristal Stilts, Triángulo de Amor Bizarro, Burt Rocket, The Bambi Molesters... And many others. We are not into breaking music.

Q: Which bands would you love to make a cover version of?
A: We made a cover of The Pastels that you can listen to in our bandcamp and we played live two covers of The Velvet Underground in Valencia into a Lou Reed's tribute that you can hear at La Colina 45 bandcamp too. We usually play covers of our favourite bands in our shows, actually.

Q: What´s the plan for the future....
A: Keep doing gigs in new places and record a new album for the next year.

Q: Any parting words?
A: Thank you. We're looking forward to play in South America soon.
*
*
*
Thanks