Here´s To A New Tomorrow with Everything Fades - An Interview 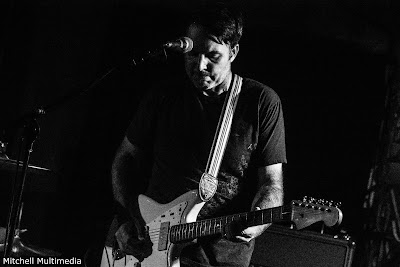 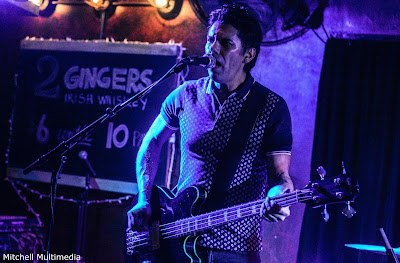 Q. When did Everything Fades started, tell us about the history...
Dan (guitar) and I (bass) had talked about getting a band together for a while. We knew each other through separate bands in Austin and a lot of mutual friends between Austin and Seattle. When our respective bands ended we made our initial moves at getting a band together. We had both gone through some similar life experiences - as we talked through the idea - a trio of dual vocals, harmonies, fuzzy, driving, warm, repetitive - we realized we were on the same page and this was something we wanted to do. I got busy and Dan eventually started things with Kevin (drums), working out a few songs. Then he asked me to come down and play some bass. It clicked in and we went from there. This is May or June 2014.

Q: Who are your influences?
As a band we all come together on a lot of 90s shoegaze - Catherine Wheel, Ride, My Bloody Valentine, etc. Starting from that commonality, we then bring our own perspectives and points of view from our varied musical backgrounds.

Q. Make a list of 5 albuns of all time
Here's 5 bands/albums we referenced while recording the EP.
Tamaryn - Tender New Signs
The War on Drugs - Lost In a Dream
Crocodiles - Crimes of Passion
The Church - Heyday
Swervedriver - Mezcal Head

Q. How do you feel playing live?
We've only played a handful of shows. So far it feels pretty good. And loud.

Q. How do you describe Everything Fades sounds?
Hypnotic.


Q: Tell us about the process of recording the songs ?
We went into Cacophony Recorders in Austin. Dan and Kevin had worked with Erik before. I wanted to work there and with him because of his history with The Black Angels, and with Roky Erickson, who I had previously played bass for. We record live, getting the drums and bass, then guitars, keys, vocals and percussion.

Q. Which new bands do you recommended?
Cheatahs. Nothing. Whirr. Creepoid. Mugstar.

Q: Which band would you love to made a cover version of?
We did a cover of Into Like A Train by Psychedelic Furs.

Q: Any parting words?
Thank you. And we look forward to one day playing Brasil.
*
*
*
Thanks