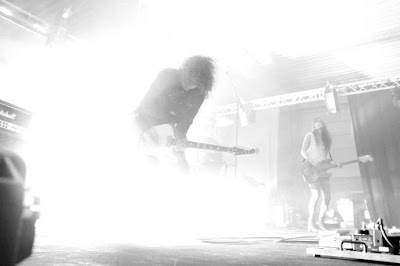 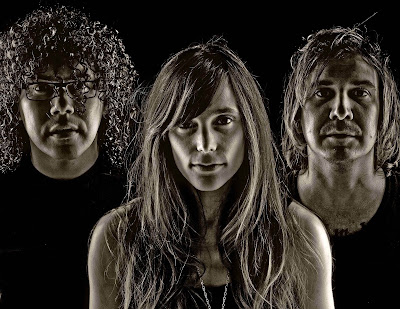 Q. When did Nightmare Air started, tell us about the history..
Nightmare Air started about 2010, as just fun and fuck around jam sessions w/ Swaan and the drummer of my other band at the time Film School. Film School was touring a lot at that time and the first batch of Nightmare Air songs were me and the drummer blowing off so steam and getting creative with sounds. The three of us started having so much fun and the band was sounding huge so we decided we needed to start playing out live. A couple months later we were on tour and haven't stopped since.

Q: Who are your influences?
Big sounds, bright Lights and cool friends

Q. Make a list of 5 albums of all time…
Way to hard...my brain hurts just trying to answer this question!

Q. How do you feel playing live?
Large and loud


Q. How do you describe Nightmare Air sounds?
Floating about your town

Q: Tell us about the process of recording the songs ?
All the songs start as weirdo little demos in Logic or Pro Tools that I'll make in a dark room somewhere alone. Eventually I'll play them for Swaan and Jimmy and they'll pick the ones they want to work on. For this record we're working on now I spent 6 weeks in Amsterdam after the last European tour and came out 27 songs, 10 of which made it out alive and are the songs we're working on now for the next record.

Q: What´s the plans for future....
We're heading to Ireland in a couple weeks to begin recording our second full length album. Hopefully that will done by fall and we can start touring the globe again....Brazil, South America!?!? I've never been to South America, the scene that's I'm reading out down there sounds amazing would love to come down for a tour sooner than later!