The Human Face with Madame B - An Interview 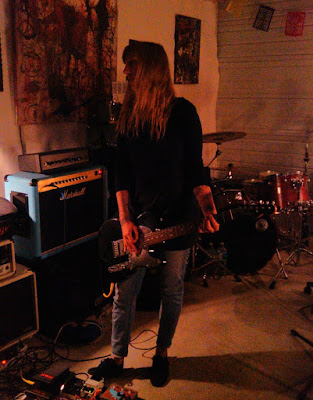 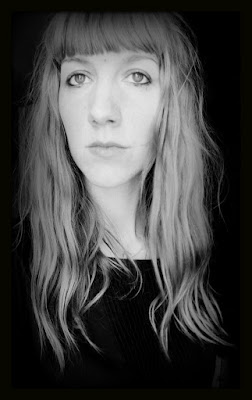 Q. When did Madame B started, tell us about the history...
I always wanted to do music but i never did it, i was too scared...I used to write a lot in french but when i was living in London I started to write in english,so i had lots of poems, texts, elucubrations and i wanted to do something with that.

When i came back in France in 2005 I started music with an acoustic guitar but I never learned how to play. I tried to make some noises with everything i had around ( not much at this time ) and recorded it at home on my laptop...real DIY music...this is where it all began.

Q: Who are your influences?
I listen to a lot of music, no matter the kind as long as it touches me... well i can give you names but i'll have to stop at some point otherwise i could write thousand and thousand of names and maybe more... it will be boring!

Q. Make a list of 5 albums of all time…
5 is a small number..but ok, i try...
Horses - Patti Smith
Red Medicine - Fugazi
Murder Ballads - Nick Cave
Rid of me - PJ Harvey
Off the bone - The Cramps

Q. How do you feel playing live?
I don't do live because i never wanted to do shows but since a few months i'm working with musicians so i guess we'll play live one day...

Q. How do you describe Madame B sounds?
It's always a tricky question, i can't give you a word to describe what i do, i really can't. All i can say is just listen to it and you probably won't feel the need to put me in a box cause i guess i don't fit...

Q: Tell us about the process of recording the songs?
I do everything by myself at home, from the writing to the playing and finally the recording.

I do music with no technics,well after 10 years i have created mine but i do things very instinctively.

I do not think about doing a style precisely, i don't even know what kind of song i'm gonna do when i start a piece...it's always a surprise, sometime it's a good one, sometimes it's not...that's what i like about it!

Q: Which bands would you love to make a cover version of?
So many and i already did some.. but covers are hard to do because the original version is usually the best one!

Q: What´s the plan for the future....
I'm working right now on a project I had in mind for a long time, replay some of my songs with musicians ( who are also good friends) to record them at Coxinhell Recording Studio and after do shows,it's very exciting to finally do it!
I'm still working on my side projects LES ENFANTS SALES and THE DESOLATION SINGERS and i'm also doing some music with SONS OF PERDITION, maybe we'll try to do an album for 2016.

And i also continue my work on paintings and exhibitions.

Q: Any parting words?
Thanks a lot for your support and interest but no parting words, i'm always around with my music,videos and paintings...and I always will be! Like Serge Gainsbourg used to say "je composerai jusqu'à la décomposition" (i will compose until decomposition).
*
*
*
Thanks