Funeral Songs with Naked - An Interview 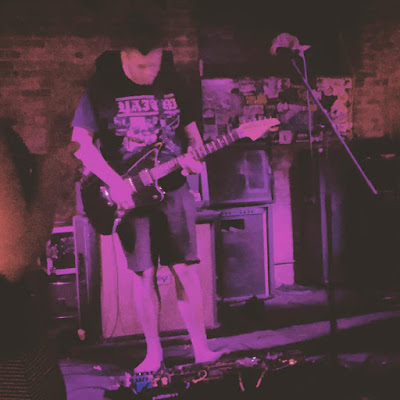 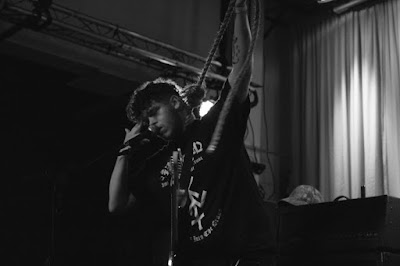 Q. When did Naked started, tell us about the history...
Naked started in December of 2012 under the name "Butt Naked" as an outlet for my depression and my anger. I released a demo called "Oklahoma" and then self-released a full length with the same name in March of 2013 under the name "Naked". After that, I did a couple of splits with various friends. In March of 2014, I released my second full length entitled "Funeral Songs". It was my most experimental album to date. I messed around with elements of Drone, Ambient, and Post Rock. Finally, in March of 2015 I released my most recent full length entitled "Hopeless" on the label "Apneic Void" out of Portland, OR. Fast forward to three months later, and I am about to release another split with my friends in Mother Moon. It will be released July 30th on Feeble Mind Records.

Q: Who are your influences?
My influences are varied. I take influences from everything. From the quiet of the night, to the rain, to snow. When I started this project, I was listening to a lot of This Will Destroy You, Lydia, and Chelsea Wolfe.

Q. Make a list of 5 albuns of all time….
This is my top five in no particular order:
1. Lydia - Illuminate
2. My Chemical Romance - I Brought You Bullets, You Brought Me Your Love
3. Dashboard Confessional - Dusk & Summer
4. Chelsea Wolfe - Unknown Rooms: A Collection of Acoustic Songs
5. This Will Destroy You - Young Mountain

Q. How do you feel playing live?
Playing live I like to close my eyes and just feel the music. I cry, I scream, I yell. Performing live really lets me fully let out all of my feelings.

Q. How do you describe Naked sounds?
Naked is loud, angry, emotional, and aggressive. Imagine living in Antarctica with no food, water, or clothes for a whole week, isolated from the rest of the world with no communication.


Q: Tell us about the process of recording the songs ?
My writing process varies by song. Recently, I've been writing lyrics, and then writing music that I feel accompanies the lyrics perfectly. Other times I will come up with a riff, and just let my mind go and the lyrics come naturally. My recording process is in my own little studio that I have in my home. With Naked being just guitar and vocals, it is very easy to record and find time to write.

Q: Which band would you love to made a cover version of?
I have a couple of covers I have never released, but want to in the future. I have a cover of Slowdive's "Alison", a cover of Mount Eerie's "O my heart", and a cover of Jeff Buckley's "Halleluiah"

Q: What are your plans for the future?
Currently all I have planned for the future is a 6 day USA tour in August. Next year I will be doing more touring and hopefully putting out a new record.

Q: Any parting words?
Thank you for the time. I have new music coming out July 30th on Feeble Mind Records called "N A K E D / / M O O N" and you can pre-order that here: https://nakedmd.bandcamp.com/album/n-a-k-e-d-m-o-o-n