Soft Focus with Leisure - An Interview 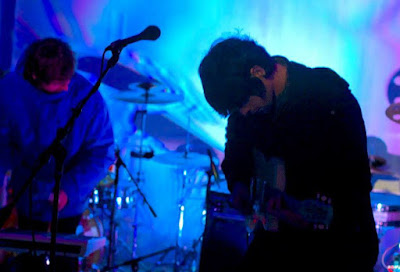 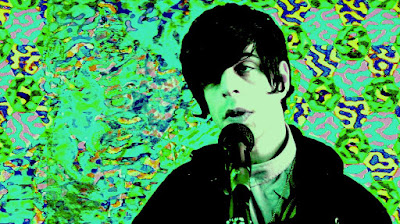 Q. When did Leisure started, tell us about the history...
A1- About 2 years ago in Portland, OR originally as a solo project after some time traveling around the US as a vehicle to explore pop structures, working towards something more directly outward, vocals being something completely new to me and shortly there after as a live band and studio project with the help of my friends Alex, Kevin and John after showing them some of the demos Id been working on. We quickly played a number of shows in the area and that Spring tracked what would become our debut EP "Gone Again" with engineers Mike Erwin and Timothy Stollenwerk. I am now based in BedStuy, Brooklyn and working on new material my friends Gryphon and Leif on bass, electronics and guitars respectively for release next year, entering the studio with Connor Hanwick of The Drums to record in August.

Q: Who are your influences?
A2- tbh I am extremely sensitive to environments, what's going on in my life/ in the world / in my head and I think a lot of that is usually my first at least emotional or visual influence when producing. Also architecture, specifically brutalist architecture and the idea of structures built to keep society in it's place, productive and marginalized. Fear, anxiety, regret, love, motion and time. That being said I don't think I would have such a strong urge to do this If it wasn't for Brian Eno particularly his first few albums, Felt probably one of my favorite songwriters and guitarists ever, Orchestral Manoevres in The Dark, Cleaners From Venus, Kraftwerk/ krautrock bands that focused on repetition, China Crisis, icons and dreamers Iggy/ Bowie,Talking Heads/ Tom Tom Club, YMO, Prince, Madonna, Mariah, TLC, Biggie Smalls, more than I can name right now.


Q. Make a list of 5 albuns of all time…
A3- I honestly don't know If I could do that, there's simply too much amazing music in this canyon. Outside of that I also don't believe in numerical ratings within art/ expression and a recorded single often holds more weight than an album at least within its impact an staying power. Guess I dropped some hints for you above and feel free to HMU next time your in the big apple and we'll grab a drink/ go to a park.

Q. How do you feel playing live?
A4- Id typically say its fucking horrible and I don't know why in this form were asked to recreate a moment in time like this for people to stand and watch, though I will say lately Ive become more comfortable with it and even at points had some almost out of body experiences with it, probably largely due to my own anxiety, endorphins and the free whiskey provided by the clubs. So yeah not all that bad in choosing to get up there and do this in front of an audience.

Q. How do you describe Leisure sounds?
A5- pop music.


Q: Tell us about the process of recording the songs ?
A6- Usually it starts with the writing process a rhythm, tone or vocal melody sometimes all from different points in my day/ usually while in motion, walking, on the train. Ill often save patches, samples/ sequences to iPhone voice recorder, DAWs and notes. With this project Im a little more open to collaboration and living in the music for a bit before working with an engineer to shape the material in a studio to its final form.

Q. Which new bands do you recommended?
A7- tbh I work in showbiz/ audio engineering and don't typically listen to a ton of new music in my free time outside of whatever I hear coming out of bodegas/ cars in my neighborhood usually top 40/ pop radio, hip hop and R&B. That being said some friends and strangers that have impressed me lately have been Wild Of Night, EZTV, Moon King, Tops, Mega Bog, Sean Nicholas Savage, US Girls, Eola/ Andy Boay, Alex Cameron, Jerry Paper, GABI, Inc, UMO, Katie Rush, Malory, Silk Rhodes and all the PC Music/ Hannah Diamond tracks.

Q: Which band would you love to made a cover version of?
A8- None.

Q: What´s the plans for future....
A9- Just finishing the writing process, demoing this new material and entering the studio with Connor Hanwick to flesh out all the pieces. Challenging myself to use new things, different approaches, becoming better with the narratives, whats really taking you up top throughout the song and writing largely with keys. I don't want to have any regrets with this one.
*
*
*
Thanks