Anatomical Venus with Love in Athens - An Interview 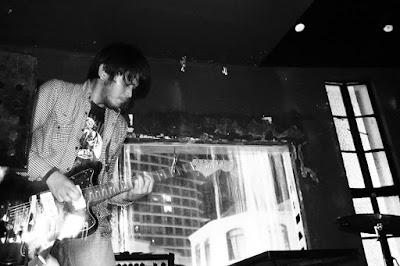 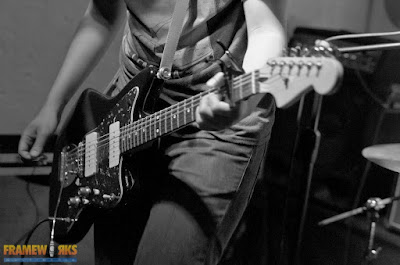 Q: When did Love in Athens start? Tell us the history.
A: Okay, this is pretty long! Love in Athens started when I was a college student back in 2007. The name is a play on both the ancient tradition of Athenian pederasty (jokingly referenced in the movie 300) and Ateneo de Davao University, the school I graduated from.

The whole project sounded very different then. It was all badly produced computer music. I didn’t know how to play guitar yet, but desperately wanted to make stuff like Tristeza or Telefon Tel Aviv but with tons of layers on it. I was in the hardcore punk scene and didn’t know anyone who liked that, so I had to learn.

I was also a big Sarah Records twee and shoegaze/dreampop fan at the time, but it took a while before I’d fully commit to going that route given my lack of skill. The songwriting started getting poppier and before long, I released a couple of tracks through the Popscene Manila compilations after Dale of Apple Orchard found me.

The songs were still as amateurish as my earlier material, but I was at least confident enough to attempt doing vocals. I’d like to think that Love in Athens really came into its own when I became involved with the early Number Line Records roster in 2011. I released one EP and a couple of singles/splits under the old sound before taking it to its logical conclusion.

Starting with my New Year’s Day split with Detroit-based gloom surf duo, The Philter, I could safely say that I’m in a comfortable space that allows me to fit all my influences in, sound-wise.

Q: Who are your influences?
A: Oh man, there’s so many of them! Here’s the short answer:

Q: Make a list of your top 5 albums of all time.
A: This question is so hard, but here’s some of my desert island records:

Q: How do you feel about playing live?
A: To be honest, I dislike playing live because I still haven’t found a way to make the songs translate in a live setting. Part of what makes doom metal and noise so appealing to me is that sense of aural density you get from their records. Bands like My Bloody Valentine share that, and I really want a live sound that hits you like an 8-ball in a sock.

Maybe I’ll feel better about playing live once I get a couple of half stacks and a personal PA system for stage volume. If I’m going to play my songs live, I have to do it right, otherwise the crowd would have no reason to go out and see me. I don’t want to just be another boring shoegaze act, I want the set to be an experience. Eh, a girl could dream.


Q: How do you describe Love in Athens' sound?
A: Not very ethereal for a shoegaze-inspired project, to be honest. I think driving and restless are both accurate descriptions for most of the music. There’s tons of stuff going on at once. It’s all really ADHD.

Q: Tell us about the process of recording.
A: I typically sketch out a drum and synth bass track on Ableton Live first before playing guitar over it until I find something that works song and structure-wise. Once I get that out of the way, I record all the guitar tracks, then add all the synth leads on top.

I typically don’t spend more than a couple of hours from start to finish. If I take any longer than that, I usually end up scrapping the song.

Q: Which new bands do you recommended?
A: I’m pretty out of the loop when it comes to newer bands but I did enjoy that Dumb Numbers record! Run For Cover and Graveface have also been doing a great job of getting punk and emo kids to explore shoegaze and noisy 90s alternative but filtered through a fresh, young lens. Oh, and Adventures are great. Personally not that big a fan since I dig Code Orange more but most people love em. Give them a shot too.

Off the top of my head, I dig Night School, Whirr, Turnover, Crisis Arm, and my personal friends like Bellyache from Maine, and Naked from Maryland. Bellyache is more of a psyched out doom band with a bit of a shoegazer slant. Naked on the other hand is Carl Smith and a wall of amps, generating some of the most heartbreaking doomgaze music I’ve ever heard. He has an album out called Hopeless. Listen for it if you want your soul to melt.

Q: Which band would you love to made a cover version of?
A: I really want to avoid disrespecting any of my idols by doing a shitty cover, but I’d love to do a cover of Big Black’s Passing Complexion. Maybe some more stuff by Rocketship. Hell, I’d do a whole EP worth of Rocketship covers. I love that band so much.

Q: What´s the plans for future?
A: I’m about to release another Love in Athens EP this year called DSMV. It’s a bit darker and more rhythmic than the songs that came out on the Anatomical Venus EP a few months back. In terms of other projects, I’ll be cranking out some stuff for my garage-surf project, Tall Ice Lung sometime after DSMV comes out.

Oh, and I’m in a new band called Beast Jesus. Tons of shoegazer worship there, but with a lot of post-hardcore and noise rock thrown in. Think Unwound or Burning Airlines, but wall of sound fuzz-outs.

Q: Any parting words?
A: I just put out a new single on the Love in Athens Bandcamp to celebrate marriage equality in the US. It’s a significant victory for the personal lives of many LGBT Americans who earned the right to marry the people they love, but I hope that people realize that the fight doesn’t end there.

Violence and inequity will continue to persist despite the ruling. There are still other fronts that need your attention and solidarity like support for undocumented immigrants, police militarization and violence, trans-related issues, transphobia, trans violence, LGBT homelessness, etc. That’s just the US.

Like Morrissey said, America is not the world. What about the third world, where I live? We don’t even have divorce in the Philippines yet. There’s still a hell of a way to go.
*
*
*
Thanks