Havalina with Deep Fields - An Interview 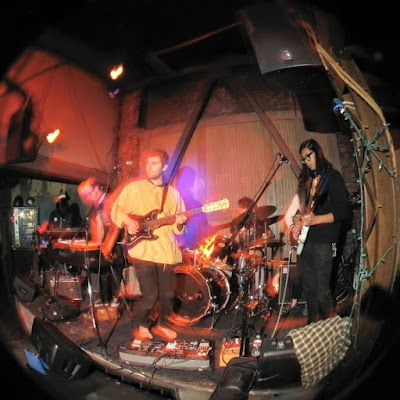 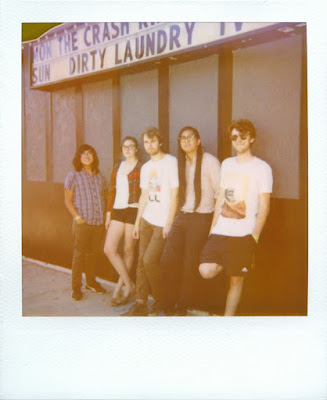 Q. When did Deep Fields started, tell us about the history...
Christian is actually the only remaining original member and he has been putting out music as Deep Fields for about three years now (though the current lineup has been playing together for a little over a year). One of the original rhythm guitarists was a childhood friend of Christian's and a cousin of Emily's, and she joined on as a bassist/guitarist about a year into the project. She and Christian have also been dating for much of the time they've been playing together, and anyone who knows them sees that the two have this incredible mutual understanding, patience, and acceptance with each other, it's a really beautiful relationship. Christian met Jonny serendipitously after the two noticed each other at something like 5 of the same shows in one week, and Jonny gets along with damn near everyone so the two of them really hit it off. Christian invited him to one of the shows and, as a joke, suggested he dance around with a tambourine for the finale of the set. With all of Jonny's charisma and luscious, flowing locks, that went over really well and Christian asked him to join the band full time. Timmy, Jonny's younger brother, was looking for a project to contribute to at the time as well, so Jonny brought him on to play synths. Dana and Christian had been in a band together throughout high school until Dana went to UC Berkeley. The two continued playing together when Dana would return to Souther California over breaks. Dana was about a month away from graduating and making arrangements to teach English in Korea when Christian called and asked if he'd rather drum for Deep Fields. So there was basically no question about that decision. Brian was invited out to come see us perform in LA by Emily's older brother, and he was really into our set. We were talking after the show, mentioned that we had a Rhodes piano that we were aching to incorporate into our live setup, and it came out that he was a classically trained pianist and the rest is history on that. Kind of a long-winded answer, I know, but mainly we got together through coincidences resulting from cosmic entropy haha it's all just worked out for us.

Q: Who are your influences?
Our influences... tough to say because that answer will vary depending on which member you ask. We're definitely heavily influenced by 60s psychedlic-pop like Tommy James and the Shondells, The Zombies, and early, Syd Barret-era Pink Floyd. Then we also have a healthy dose of shoegaze thrown in inspired by bands like Lush and Ride. Someone once said we sounded like Pond mixed with Real Estate, which seems far too generous if you ask us. We definitely look up to those bands in a big way and they are acts that we can only really aspire towards.

Q. Make a list of 5 albums of all time…
Wow this is a really loaded question... in no particular order:
1) The Beach Boys- Pet Sounds;
2) The Gorillaz- Demon Days;
3) The Beatles- Abbey Road;
4) Yes- The Yes Album;
5) Bonobo- Black Sands

Q. How do you feel playing live?
Playing live is the final culmination of all our hard work. All the energy and love that we put into creating and honing our parts comes full circle when there is an audience to connect with. Sharing ourselves in that way and seeing a visible, physical response from the crowd is a truly empowering experience. In the moment of the show though, it's hard to take it all in with the lights flashing and the adrenaline flowing. Everything kind of becomes a blur and it always feels like the sets end more quickly than we'd like. We love it though, I know it's so cliched to say, but it really is what we live for. Ultimately, none of what we are doing matters if we aren't delivering in our performances. 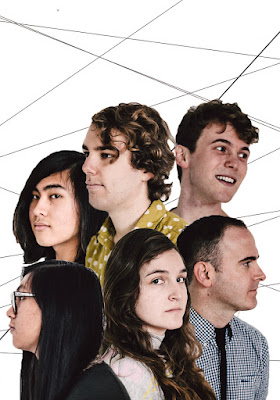 Q. How do you describe Deep Fields sounds?
Haha, we often joke about our inability to effectively describe our sound. Psych-dream-pop is what people have called us? All these sub-genres that exist now, it's just getting ridiculous, people always want to classify things, but once you do that you inevitably reduce it from its whole. "Lush-toned guitars layered with dreamy, reverb/delay-drenched vocals, airy synths and soft electric piano, all held together by a tight rhythm section characterized by punchy, deliberate bass lines and syncopated drums." Sounds pretentious doesn't it? Just call it psych-dream-pop and we'll move on.

Q: Tell us about the process of recording the songs?
We record everything ourselves in our cramped (cozy?) lockout space in Downtown Santa Ana. The recording process varies. At times, we'll just crank right through the recordings, getting all the parts tracked in 1 or 2 days. Alternatively, we'll also like to take our time with some songs. Really listening to and digesting each new draft, thinking about what layers could be added, or if elements should be removed. Generally though, we'll have all our respective parts written and thoroughly ingrained by the time we start tracking, so things move pretty quickly. Drums first, vocals last, everything else in between depending on the song's idiosyncrasies and the band members' availability.

Q. Which new bands do you recommended
There's so much great music being produced right now... The Holydrug Couple is making really cool psych stuff, Courtney Barnett has been making some visceral, raw rock music out of Australia, Braids has done some interesting blending of electronica with live instruments, and Jungle is just an all out funk party if you're into dancing (who isn't).

Q: Which bands would you love to make a cover version of?
Ooooohhh man we are always trying to think of fun covers. We recently performed Fleetwood Mac's Dreams because we had a couple shows coming up and wanted something we could learn in the two days beforehand. It's a simple one, but high impact, and people were really into it. We've wanted to do a Tears for Fears one for a while now, in addition to The Pixies, The Zombies, LCD Soundsystem, the list just keeps growing haha. We're currently trying to pursue covers that aren't necessarily within our immediate soundscape. That way, we establish our own take of a song, rather than doing essentially a "Deep Fields sings XYZ.


Q: What´s the plan for the future....
Our plan for the future... man, another loaded question. Right now, having just released our EP, we are in the process of beginning to shop labels to see where we can get signed so that our next release comes out on a credible label. We are still really trying to figure out our trajectory in terms of our sound. There are just so many acts out there, just having talent and good songs isn't enough to differentiate us from the rest of the noise in the market. We've been looking into incorporating more electronic elements in the form of samples and textural, ambient sounds, and that's been exciting. Even if people are initially a little weirded out, it's a direction that we want to have some fun with and explore.

Q: Any parting words?
Don't give others the power to define your perception of who you are and what you're worth. People will judge and criticize. But, ultimately, who you are at your core is far less what you do than why you do it. If you're pursuing your aspirations from a place of love and introspective sincerity, the rest is noise. We can only hope that passion comes through in our recordings and shows.
*
*
*
Thanks