The Game with Cold Ocean Lies - An Interview 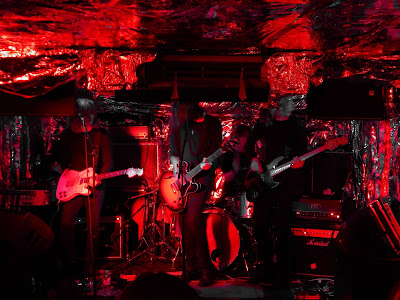 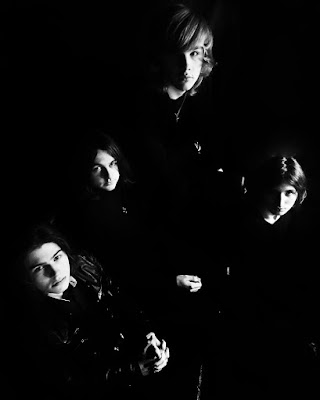 Q. When did Cold Ocean Lies start, tell us about the history...
We started initially in january 2013 then january 2014 with Harry our guitarist now. We all knew each other through schools and thats how it all came about. Me and Harry have known each other since we were born so it was fitting really the way it panned out. We are from a small city called Lichfield near Birmingham where we base ourselves and have done some amazing shows there like supporting Jaws and our own headlines. This year we released our first singe The Game through EverySecond Records which coincided with our second tour of the UK.

Q: Who are your influences?
We all listen to such different music and draw from loads of different things all the time but I guess as an overall influence it would be Smashing Pumpkins, Radiohead and The Brian Jonestown Massacre.

Q. Make a list of 5 albums of all time…
This is tough, as an all time thing it would be something like,

These change all the time this is a general, what's affected it us the most of all time kind of thing.

Q. How do you feel playing live?
There's nothing in the world more pressurising, intense, enjoyable and relieving that I have ever come across. This makes for a pretty spectacular sensation on stage and it is the best thing in the world. We all love playing and when you are playing songs you have crafted and care about to people who care it's an amazing feeling.


Q. How do you describe Cold Ocean Lies sounds?
This question is tough I find it pretty hard to pin it down to a genre or a sound particularly, if I had to give it a try taking into account everything we do I'd like to say grunge meets brit-pop meets psych, but I don't think that's a fair judgement of our music, we love sounding big and powerful that's a pretty important aspect. Have a listen and see what you think would be the best way to do it.

Q: Tell us about the process of recording the songs ?
This is such a great process for us as we feel this is where we really learn the most about the song, when it's broken down into sections and we can dissect it and add, alter and take whatever we feel needs or even doesn't to be there. The possibilities are endless when we record, we love adding layer after layer to make our songs sound as huge as possible even if we never use the layer the options there and I think that's what the beauty of studio is. Backing vocal harmonies are fun too we like doing that.

Q. Which new bands do you recommend?
We don't really find ourselves listening to that much new music anymore when there is so much music that came before us however Hyena are a cool new band who are on the rise and Broken hands who we are playing with are really cool and have great live shows.

Q: Which band would you love to make a cover version of?
People have asked this before and we've never known how to respond, I imagine we'd probably either do something quirky and modern or something from the late 60's early 70's that way we can maybe change it up a bit

Q: What´s the plans for future...
We plan to get out another single towards the end of the year that will also happen in conjuction another tour of the UK, more shows and a big headline for us in Birmingham. We are really looking forward to the rest of the year it should be a great one.

Q: Any parting words?
Cheers for the interview, we love the blog, read some cool interviews through it.
*
*
*
Thanks