What Comes today with Sustains - An Interview 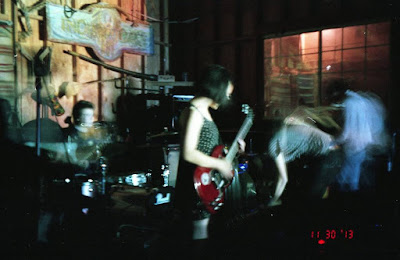 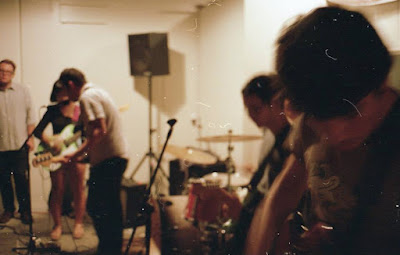 Q. When did Sustains started, tell us about the history...
From what I remember, me(Alex) and Gustavo that would try to write some stuff together and play some house shows in 2012, but it didn't start to form after I released the Sustains demo ep in October 2013. We weren't a band yet when that release came out, it was just Julia and I working on Sustains songs. When Luis and Joey heard it, I guess we were all down to become an actual band and practice the demo songs.

Q: Who are your influences?
I'd have to pay homage to Pavement, Dinosaur jr., Astrobrite, and Medicine for inspiring some Sustains songs but my personal influences for a long time have been Wipers, The Brian Jonestown Massacre, and Deerhunter.

Q. Make a list of 5 albuns of all time…
So many possibilities! But to name a few, I'd say:
Bitches Brew, The Chronic, Slanted and enchanted, Paranoid, and You're Living All Over Me.

Q. How do you feel playing live?
Generally good when I have a positive outlook on a show I'm about to play. I usually get into a groove as soon as we all strum the first chord. Although, I do get anxious when I'm rushed to set up quickly when there's a tight schedule.

Q. How do you describe Sustains sounds?
It's always been tough trying to explain to someone who hasn't listened to us before. Sustains sits in a scale between full on shoegaze and weezer-esque alternative because it's neither completely on one side. I guess to put it simply, we're melodic with thick distortion.

Q: Tell us about the process of recording the songs ?
I come up with a song melody on guitar or hum it out. I keep the ideas in the voice notes of my phone... Yeah theres a lot of humming. After that, I start writing a song with a melody i think is good. Then I record everything in my room with a digital 16 track. When I come up with a demo, i show my friends for some criticism. Joey is mostly the one with the suggestions. The criticism makes the songs a lot better. When we're all okay with the final structure, we go back and record it for real.


Q. Which new bands do you recommended?
Layman, Gem, Dictator, and Losing End all need to be checked out because they rule.

Q: Which band would you love to made a cover version of?
Evergreen by BJM. It HAS to be Evergreen. That song is the best. Recording a cover to that song is very possible.

Q: What´s the plans for future....
A few shows and a radio session is to come within a month, but we're planning on releasing some more songs. They're completely done but we're waiting for a proper release. They'll be out on Paradise Records, so keep an eye out!

Q: Any parting words?
Thank you for giving us the time and getting to know us! I appreciate the acknowledgment. Adeus!
*
*
*
Thanks