In The Presence of Nothing with Miners - An Interview 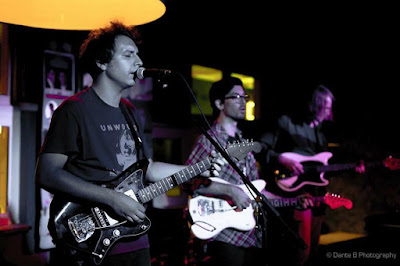 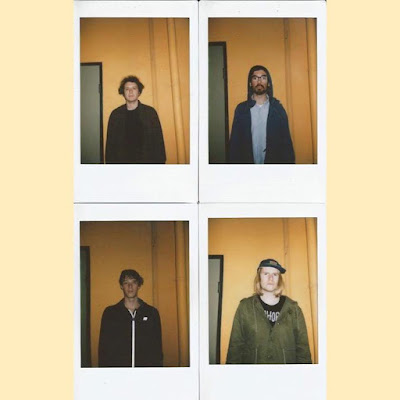 Q. When did Miners started, tell us about the history...
Miners started as a bedroom recording project, under the name Miners Of Pala. It was and still is a way to teach myself how to record and become a better musician. I wanted to replicate the studio sounds of bands like My Bloody Valentine and Sonic Youth with the DIY, multi-instrumentalist approach of a band like The Brian Jonestown Massacre. In the last few years it has turned into a four piece band, and we have ventured out of the safety of the studio into the big bad world.

Q. How do you feel playing live?
At first, it was very challenging, and way out of my (and the bands) comfort zone. I was often quite underwhelmed at our lack of ability to bring our studio sound into a live format. It's always a gamble as to how you will sound, different rooms, failing equipment, and ultimately dependent on a sound guy who understands what you are trying to do. These days I like to approach live playing as a total separate thing from how we sound in recordings, and that lifted burden has made it a lot more enjoyable.

Q. How do you describe Miners sounds?
How we sound now is not how we sounded a year ago, or how we will sound a year from now. I'd like to think we are constantly changing depending on what music or life events we are inspired by at the time. I don't want to pigeonhole our sound too much, but generally speaking, loud guitars and soft vocals with feeling.


Q: Tell us about the process of recording the songs ?
I feel I record best by myself alone in my studio/bedroom. I start playing some guitar, aim not to think about it to much, until i find myself playing something that excites me. Then it's a matter of recording other instruments and parts until I am happy with it. I've always liked the one man band format, there's a lot of freedom in doing everything yourself. However i'm also a big fan of capturing the sound of a band in a room, and we have been recording as a group a lot more of recent, with satisfying results.

Q. Which new bands do you recommended?
There's so many great bands around at the moment, especially here in Australia. It's hard to name just a few, but some of my favourite local bands would be Love Of Diagrams, Dick Diver, Day Ravies and White Walls. As far as international bands go, my favourite current band is Weed from Canada. I'm also a big fan of No Joy and Broken Water.

Q: Which band would you love to made a cover version of?
We try to resist covers in general, and if we do them we try to take something from a different genre and bring it a little more in line with our tastes. It's tempting to do an MBV or DInosaur Jr cover but we feel like we're cheating. Personally I'd like to do a Kate Bush cover.

Q: What´s the plans for future....
Releases, tours, and more releases. We're sitting on a lot of content and it's frustrating to not let people hear it. In today's music climate it's very easy to put out an album and have it fall on deaf ears, it's hard to get your voice heard. So we're working out the best way to release what we have with maximum exposure, without going broke. Whether it's with the help of a label or not, we aren't sure yet. We have an EP which will be released by the end of this year, and If all goes according to plan, we will have an LP out midway through 2016. Tours in Europe and North America is something we'd love to do.

Q: Any parting words?
Thanks for doing what you do, it's blogs like this that help keep this kind of music alive.
*
*
*
Thanks