Dreaming with Youthmemory - An Interview 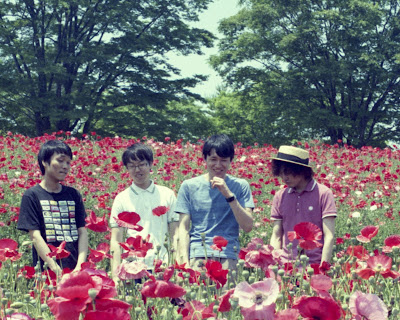 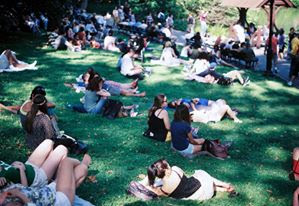 Thru the SoundCloud, Ryo, the Bass Player and Yoshiki,the Drummer, first heard&listened to my music.Later they contacted me to discuss the idea of forming a band group together. One month later,Yoshiki's friend, Tsukuru,the guitarist joined the group as well.

2.Who are your influences?
The Beatles, Oasis, East Village,New Order,Velvet Underground, Supercar...influenced my music a lot.

3.Make a list of 5albums of all time...
(All Members) Supercar / Three out change
(Yuta)The Beatles / Revolver
(Tsukuru)Trashcan Sinatras / Cake
(Ryo)Beck / Odelay
(Yoshiki)Taking Heads / The Name of This Band Is Talking Heads

4.How do you feel playing live?
When I play live,I always think that it is equally important to pay particular attention to how other member play their own instruments besides myself. So,without them noticing, I quietly listen to their music when they play.But I find myself feeling excited everytime.

5.How do you describe Youthmemory sounds?
Youthmemory sounds is sparkled by jangly guitar riffs and reverb-heavy vocals that'll make you close your eyes and sway along and somewhat loud sounds,that describes us a rock band.

6.Tell us about the process of recording the songs?
First I make my original song composition and send the copy to each band menmber for musical arrangement to elaborate the interpretation based on the feelings being conveyed in the song.

We then meet as a group to practice the new song and for refinement before reproduction.

8.Which band would you love to made a cover version of?
I'm more interested in making new songs now than the cover. But in the past,we have used one of the songs of Pixies band in our first live performance which I enjoyed a lot.

9.What's the plans for future...
It will be a dream come true if our band could release vinyl records in the future,as I'm also an avid fan of vinyl records.But of course,not only Japan but also perform live and to release my songs internationally.I would love to perform live in Brazil someday,too!

Anyway,right now,I hope that more and more people get to listen to our music.

10.Any parting words?
Youthmemory will release two new songs on bandvamp on 10th oh july this year.Please check it outsoon!Thank you.
*
*
*
Thanks