Desire with Fire Behaving As Air - An Interview 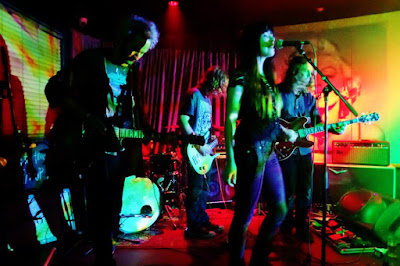 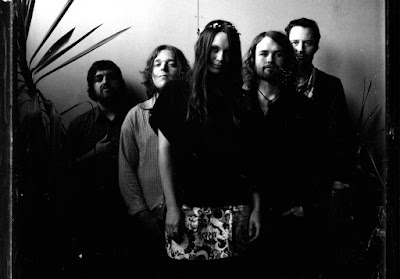 Q. When did Fire Behaving as Air started, tell us about the history...
My husband Owen and I (Beck) formed the band together way back in 2008, we had both been playing in separate bands previously but found writing music together much more organic and honest. Since that time we have played with many musicians that have drifted in when our lives have crossed paths and then out again, but two wonderful souls; our drummer Mark and lead guitarist Chris, have always stayed constant beside us and have become our family in that respect.

Q: Who are your influences?
Each member of Fire Behaving As Air has their own eclectic musical tastes, I think that’s what makes our song writing process so interesting; the songs morph and reinvent themselves every time a new layer is added by a band member. Although we do have common influences that often show in our music, most notably the Velvet Underground, The Dandy Warhols, Mazzy Star and Portishead.

Q. Make a list of 5 albums of all time…
I’m struggling to keep it to 5 so I broke the rules with 7, and I can only speak for myself given that we all have our own tastes. I will always find myself returning back to certain albums that stir up something inside of me, albums I consider completely faultless that bring back beautiful memories or feelings:

Q. How do you feel playing live?
There is a level of anxiety leading up to any gig, it usually strikes as soon as the venue begins to fill up and the band before you is finishing their last song. I can’t speak to anybody at this time, I prefer to keep to myself and induce myself into a meditative state. Once we are all onstage and we begin to play all those feelings of nervousness and nakedness disappear and I feel consumed by the music and comforted knowing that my family is up there on stage with me and we are making these sounds together.

Q. How do you describe Fire Behaving as Air sounds?
We've had other people describe us as shoegaze, dream-pop and psychedelic noise rock which is absolutely fine with us, we love those genres and wear those labels with pride. We don't really write with a style in mind, it really just comes down to how the song chooses to move. I would say the best description is bittersweet ethereal noise.


Q: Tell us about the process of recording the songs ?
We seem to be constantly recording and have tried nearly every approach to recording as humanly possible: live, dissected, structured, chaotic, in bathrooms/studios/bedrooms/hidden under blankets- you name it! We record all demos in Chris’ home studio, meticulously forming layer upon layer until we know exactly how we will approach the actual album as a whole, then we will take it to the studio for the final recording. It’s because of this that we take a very long time to complete an album; we don’t want to release something that we don’t feel is a perfect representation of who we are - we are in this process right now with our current album.

Q. Which new bands do you recommended?
I find Australian radio can be quite limited in variety and so in saying that I am always out of the loop as to “new” bands, I will discover a band that I think is new and then find they have a back catalogue of 4 or 5 albums. I can’t get enough of Theodor Bastard, Chelsea Wolfe, Dead Skeletons and HTRK.

Q: Which band would you love to made a cover version of?
We’re always talking about different songs that we would love to cover, one that continually pops up in conversation is Machine Gun Fellatio’s ‘All Of Them Ladies’, such an exquisite song.

Q: What´s the plans for future....
We are right on the verge of releasing our full length album ‘Vapour Trail’, which we are all so excited to show the world when it is absolutely perfect. These new songs have a life of their own and the album has a lot of recurring themes, at that time we all had suffered through our own personal black holes in our private lives, so writing the songs became therapeutic and a way to set those emotions free.

After the release of the album will be a very interesting time for the band. We had all noticed that each member was experience a strong pull in toward their own paths and so we decided to indulge those calls. Mark is currently travelling the earth, Chris is continuing to create beautiful music and photography, whilst Owen and myself have moved North to be closer to the ocean that I grew up beside. The band hasn't dissipated, just evolved into another form.

Q: Any parting words?
Keep an eye out for the release of our album 'Vapour Trail' later in the year, I can't describe how excited we are to eventually present this to the world, it's such a perfect representation of a part of our lives we have grown from. We hope that you come along for the ride x

In the meantime, please feel free to download our EP ‘Desire’ for free from: http://firebehavingasair.bandcamp.com/
https://www.facebook.com/FireBehavingAsAir
*
*
*
Thanks
Postado por TBTCI às 06:08