Dark Entries with Charlatan - An Interview 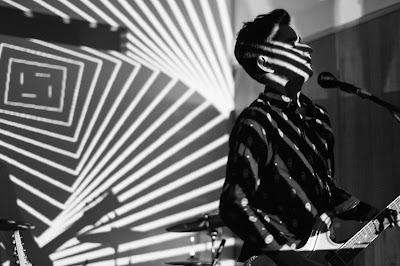 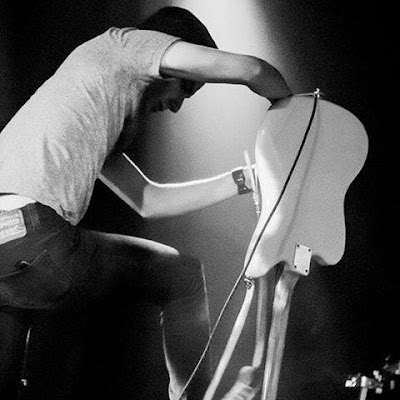 Q. When did Charlatan started, tell us about the history...
A: I started writing songs for this project in 2011. It wasn't until November 2013 that I released my first album, after having already been pretty active playing shows in Chicago. Since I have moved to Seattle and played plenty of shows here, I'm about to release my second album later this year. I'd like to be able to put more material out there even faster, but it's hard balancing my schedule when I'm already doing most of the work by myself.

Q: Who are your influences?
A: I have quite a few, but to tack it down to a handful of the most relevant ones, I'd have to say Bauhaus, Crocodiles, The Horrors, and A Place to Bury Strangers.

Q. Make a list of 5 albums of all time…
A: That's a really tough one, but let's give it a go. In no certain order, they would be:
Nostalgia by HTRK,
Sleep Forever by Crocodiles,
Methodrone by Brian Jonestown Massacre,
Psychocandy by Jesus and Mary Chain,
and Surrealistic Pillow by Jefferson Airplane.

Q. How do you feel playing live?
A: I always get anxious before shows. Strangely enough, once I'm on the stage, I feel like I'm almost in a trance. All of the nerves wash away and the music carries me through the set. There's often so many things that can and do go wrong, but I love it nonetheless.

Q. How do you describe Charlatan sounds?
A: I'm often asked to categorize myself, which is difficult, but I think noise pop is the best descriptor. At the core, all of my songs are simply pop songs, buried in lots of atmosphere and texture. They're simple, structured, but at the same time, I try to sound as loud and big as I can for a solo act.


Q: Tell us about the process of recording the songs ?
A: I build everything around the rhythm section. It involves some fairly rudimentary drum machine beats and synthesizers to lay down bass lines and harmonies. Then I get to have fun piling on chords and noise from my guitars. Lastly, it's finished off with vocals. All of my tracks start out as instrumentals - I write lyrics and vocal melodies last.

Q. Which new bands do you recommend?
A: Check out some of my favorites from the Pacific Northwest: Wind Burial, Shadowhouse, Nostalgist, ACTORS, somesurprises, Season of Strangers, Blackpool Astronomy, and Koban.

Q: Which band would you love to made a cover version of?
A: Well, I already was in a Joy Division cover band recently, so that's off the list. Another band I'd love to cover is Bauhaus. They're a huge influence and a large inspiration to who I am as a musician.

Q: What´s the plans for future....
A: I'm likely going to keep doing what I'm already doing - writing and releasing more material. Hopefully I can manage to get a tour of some sorts going in the near future. Now that I'm settled down in Seattle, it may be time to start a new band too. Only time will tell.

Q: Any parting words?
A: I want to thank you for the interview and keep up the good work. I love your blog!
*
*
*
Thanks