Soon Asleep with Drowse - An Interview 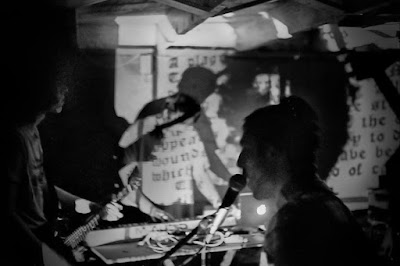 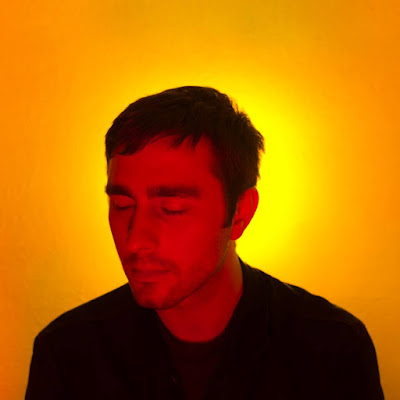 Q. When did drowse start, tell us about the history...
I’ve been recording music by my self since I was in high school—I used to keep a ‘sound journal’; if I had a particularly bad day I would record improvised guitar and other ambient noises and then mutter about my feelings on top of it. I see these recordings as the roots of what drowse is for me now. At the beginning of my first year of college I had a pretty intense mental breakdown and a few months later started studying audio recording in school. In 2012 I began recording music in my room in Bellingham WA, mostly just loops and beats but also a few soundtrack sounding pieces for an experimental video and sound course I was taking at the time. These soundtrack pieces are the first things I created that I would consider to have the “drowse” sound. I moved back to Portland and in late 2013 and began the to try to process my mental breakdown—the most natural way for me to do this was through sound. This reflection resulted in the first drowse EP songs to sleep on, which was released December 8th, 2013. After releasing the EP I wanted to play the music live so I formed a band version of drowse with some of the best experimental musicians I know: Parker Johnson who makes music as Italics (https://parkerjohnson.bandcamp.com/), Kevin Gwozdz who makes music as Desert of Hiatus (https://desertofhiatus.bandcamp.com/), Alec van Staveren who plays bass with me in a band called Sloths (https://sloths.bandcamp.com/) and in a band called Damn Family and Taylor Malsey who makes music as Taylor M. (https://taylooorm.bandcamp.com/). We played our first show in very early 2014.

Q: Who are your influences?
I have lots of influences but here are some of the bigger ones:

I’m also really really influenced by 70s/80s horror and sci-fi soundtracks (especially ones with lots of synths or bombastic stuff like the soundtrack to Suspiria or John Carpenter’s The Thing) and the movie Waking Life.

Q. Make a list of your top 5 albums of all time…
This is hard because my tastes change with my mood but here:

Don’t Wake Me Up by The Microphones
Spiderland by Slint
Replica by Oneohtrix Point Never
Loveless by My Bloody Valentine
A | A: Alien Observer / A | A Dream Loss by Grouper

Q. How do you feel playing live?
Playing this music live is amazing because I am surrounded by my best friends but it is also really emotionally draining—it makes me feel the painful kind of nostalgia.

Honestly I love playing live but the best part about making music for me is being alone writing lyrics, obsessing over sounds, recording and exploring my mind.

Q. How do you describe the way that Drowse sounds?
I like the term “processed guitar self-immolation” and the words “billowy” and “woozy”.


Q: Tell us about the process of recording the songs?
I go down to my basement and write songs on my Jaguar and make loops—I spend a lot of time in front of my amps getting weird sounds. Next, I take one of the two shitty microphones that I own and record what I’ve written. I program synths and layer them on top and often effect the guitars more on the computer—sometimes until they are unrecognizable as guitars. I like it when you can’t tell the source of a sound, when guitars and synths blend together. I layer field recordings that I’ve taken on top of this for percussion and other hidden things. Sometimes I’ll sample drum loops from bands like Can or Ulver and fuck with them until they sound like something different: decayed, broken. Occasionally I’ll add acoustic sounds or strange instruments—anything that makes noise really; I just bought a ceramic flute with a horned goat on it from a man here in Spain (I’m teaching and studying here for a while), so that might end up somewhere. I spend weeks layering more and more sound and mixing and mixing and mixing. Finally I record vocals—there are always at least 4 tracks of my voice.

they are bigger but I also have to recommend the projects of my friends Kristina and Thom cause they rule and have been very supportive: Planning for Burial: https://planningforburial.bandcamp.com/ King Woman: https://theflenser.bandcamp.com/album/doubt

so many to recommend I wish I could fit more/think of more right now but I’ll stop there…Also, check out my friend Dani’s art. She helped me with some art for drowse (as well as did Alec who plays in the band): http://www.daniransom.com/

Q: Which bands would you love to make a cover version of?
Well me and my friend Tuesday Faust just recorded a cover of Mesmerise by Chapterhouse as an elegy for my cat who recently died…

Q: What are your plans for the future?
That Chapterhouse cover will be out in the fall. I also did a soundtrack for my friend Zach Cosby’s poetry film which will be released in August. The band version of drowse recorded an album of translations of the songs on soon asleep and songs to sleep on and hopefully that will be finished and released sometime this year. Here in Spain I have been recording minimalist acoustic songs and I’m hoping to release some splits later this year as well. I really want to tour in the fall but it’s hard to organize with such a big band full of busy musicians, so I’m working out a solo set to go it alone.

Q: Any parting words?
If any labels out there want to re-release any drowse material on vinyl let me know! I like cassettes but records are where my heart is. You can get all of my music for free here: https://kylebates.bandcamp.com/

Check out the video my friend Victoria Ayers directed for my song ‘melt’ here: http://exclaim.ca/Music/article/drowse-melt_video