Deserters Songs with Half - An Interview 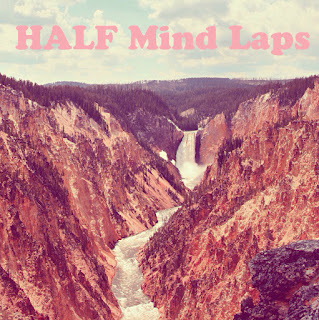 Q. When did Half started, tell us about the history...
Half started very recently by accident. I was sending some tracks back and forward to some collaborators as an experiment and the results surpassed my own expectations. After playing an early version of Mind Laps to some trusted friends, I was encouraged to finish it and do more.

Q: Who are your influences?
Soundwise - Brian Eno, Sigur Ros, Mogwai, The Album Leaf, The Postal Service. I also really admire the home recording ethos of people like R Stevie Moore, although that doesn't really come out in the sound.

Q. Make a list of 5 albuns of all time…
Tough question! My favourite album of all time would be Earth vs The Wildhearts which I was obsessed with aged 13 or 14 when it came out, as you get older I don't think you can obsess about bands and albums in quite the same way. The rest in no particular order would be
Mercury Rev - 'Deserters Songs',
The Flaming Lips - 'The Soft Bulletin',
My Bloody Valentine - 'Loveless',
The Beta Band - 'The 3 EPs'.

Q. How do you feel playing live?
Since Half involves so many collaborators from all over the world I think it would be difficult to play live at this stage. I wouldn't rule it out, but for now I'm concentrating on getting an album's worth of material together. Once that's done, I might look at getting a band together to take it on the road - if anyone wants to book us of course!

Q. How do you describe Half sounds?
"Uplifting funeral music" is what I set out to make and hope I'm achieving that.

Q: Tell us about the process of recording the songs ?
It starts in my brain and I try to get something down that I can send to collaborators with a brief about how I'd like their contribution to sound. Once I put everything together it never actually sounds how the imaginary track in my brain - it sounds even better. The day I get the exact sound of my brain is likely to be the day I give up.


Q. Which new bands do you recommended?
Thud from Hong Kong are really good, Oyama who are from Iceland and anything on Club AC30, they're so on it right now, a great label.

Q: Which band would you love to made a cover version of?
It probably doesn't suit Half's style, but Captain Beefheart would be fun. I love how he made mad stuff like Trout Mask Replica but also made gorgeous songs like My Head is my Only House Unless It Rains.

Q: What´s the plans for future....
Probably at least one more single before the album which I'd like to have finished by the end of the year. I'd also like to try my hand at remixing for others.

Q: Any parting words?
If anyone is looking for remixes get in touch, or if you'd like to get involved in contributing a part to a track then the more the merrier.

Keep up the good work on the Blog Renato and thanks for asking the questions.
*
*
*
Thanks