Love Vigilantes with Paperman - An Interview 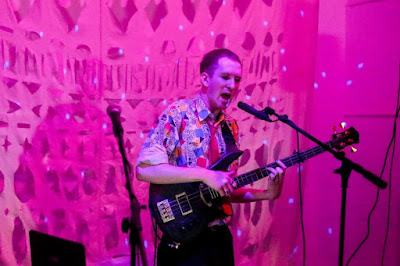 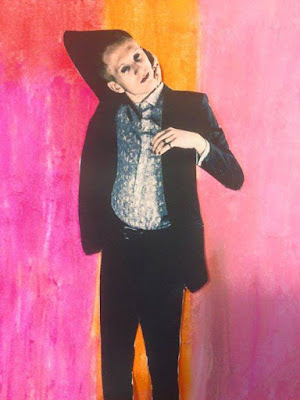 Q. When did Paperman start, tell us about the history...
I finished writing my first song the day before my 16th birthday. I didn’t have a proper six string guitar so I wrote everything playing chords on my acoustic bass guitar and singing. About a year and a half later, I started recording on a laptop and working with soft-synths; then, a couple friends told me I should come up with a name for my project and in about 10-15 minutes, I decided on Paperman. Having a name gave my work more focus. I spent the next couple of years learning how to record and produce my songs well enough to share them with people. I started performing live my first year at college and now here I am! I’m just getting everything started.

Q: Who are your influences?
I could listen to only Cocteau Twins for the rest of my life if someone forced me to do that. My approach to music comes directly from them and they are my single biggest influence. I’m a massive Sparklehorse fan, I think every single recording Mark Linkous released has a magic to it which no one else has been able to approach. The final third of my musical influence would be from Kraftwerk, because they completely sum up my entrance into electronic music.

Q. How do you feel playing live?
I love playing live, but .paperman is such a “studio project” that I’m required to put in weeks of effort and work before I can play a new set. I usually perform by myself with really lush and heavily orchestrated backing tracks (typically they’re the recorded version of the song with whatever instrument I plan on playing live taken out). The backing tracks will feature everything from drums, to synths, and sometimes even multitracked and processed lead vocals, if I want a really massive sound or particularly enjoy an effect I used during the recording process. The power a well-made backing track gives me would be impossible to match with a live band and I think it gives me more control as a performer because there’s so little on stage to distract an audience from my performance of the song; it’s just me on standing in front of them.


Q: Tell us about the process of recording the songs?
I write and record everything myself at my little home studio (sometimes a friend will add a guitar or synth part). I usually start my songs with a couple of synth chords or an arpeggiator line, I’ll add some drums next and decide on a tempo, after that I’ll solidify a chord progression using my bass (it only has four strings so I have to be picky about what notes I’m playing), I’ll come up with some leads on guitar or synth, add a bassline, and lastly I’ll work on vocals. I have a pretty tight work-flow and prefer to write on my own, I think that’s the only way to really accomplish anything creative.

Q. Which new bands do you recommended?
Holly Herndon is the single most progressive and important person in the entire music industry right now, I admire her so much. I also just started listening to Shamir, I think he’s doing something really really interesting and I can’t wait to hear more of what he comes up with.

Q: Which band would you love to make a cover version of?
If I had to record a cover of a song tomorrow it’d be September by Earth, Wind, and Fire.

Q: What´s the plans for future....
I’m still completely unsigned to any labels, that’s my next move, to find a nice little label to work alongside so I can meet a few new bands to play shows with. I’m performing more and more each month and I plan to keep that trend going. I’m also incredibly happy recording and producing my friends’ music and I want audio engineering/production to be a major part of my work. I’m also incredibly excited to write a soundtrack next month for a movie that a friend of mine made and I hope to spend plenty of time on projects like that in the future.

Q: Any parting words?
Thank you so so so so much for interviewing me! I’m extremely appreciative. If anybody is interested in my music, I have all of my full releases on Bandcamp https://thepaperman.bandcamp.com/ I just released a new EP a couple of months ago and every purchase will be incredibly helpful for me in finishing my next album Emoticon heart, follow my Facebook page if you’d like to help me get a few more likes Emoticon tongue https://www.facebook.com/IAmThePaperman , and I’m constantly uploading early mixes of songs and demos of new projects to my Soundcloud if anybody would like to hear what I’m currently working on https://soundcloud.com/thepaperman . Thanks again!
*
*
*
Thanks
Postado por TBTCI às 06:00