Fantasy with Appendixes - An Interview 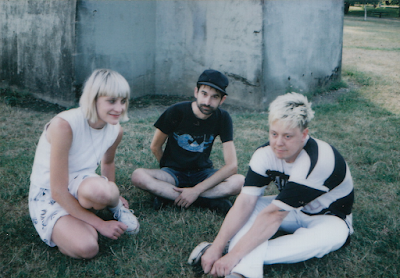 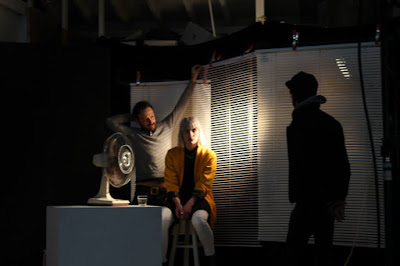 Q. When did Appendixes started, tell us about the history…
Beth Ann: I was playing music alone but I was tired of being compared to Jewel (I love Jewel). I thought that my live performance would be taken more seriously if I added another member and electric guitars.

Eric: We started playing together to play a Julee Cruise cover at a Twin Peaks themed house party.

B: Thanks, Eric. I draw influences from everything… nature, heartbreak, experience. The first band that I ever listened to and said “Hey, I want to do that too,” was The Jesus and Mary Chain, The Cranberries or Beat Happening. I was more focused on my visual art until around late 2009 when I started writing and recording on Garageband. I posted some stuff online under the name Fraulines.

B: I feel like I would have included much more hip-hop (Notorious B.I.G., 2Pac, TLC, Drake, Kanye) but I feel like singles are much more influential in the hip-hop world as opposed to full albums.

Q. How do you feel playing live?
B: For me playing live is all about the emotional build up before we go on stage and then the release. Sometimes I’m nervous or excited or a combination of both when we go on stage. When we start performing I feel like I’m floating over the crowd and myself, almost like I’m having an out of body experience. Then after we perform I feel completely relaxed and also super energized, almost like after having an orgasm.

D: When things are clicking with the band, the sound is dialed in and the audience is engaged it feels similar to the buzzing easy psychic communication you have with your best friend. Occasionally when things are really right it feels like I’m playing the song for the first time, just channeling energy, no thoughts.

Q. How do you describe Appendixes sounds?
E: Our sound has changed drastically in the last three years. I remember in the beginning there was some sort of idea to do slow dark Cocteau Twins / Mazzy Star stuff with a drum machine. That phase is pretty well documented on the Neon Green Fear 7" record. At this point we sound like a very natural combination of all three of our current musical tastes. We're all interested in making good pop music right now.

B: I think that we have finally figured out how to combine all of musical tastes to make some really unique pop music, unlike anything else. You can definitely hear the influence the 60s, 80s and 90s have on our music.


Q: Tell us about the process of recording the album?
E: ‘Fantasy’ was recorded in segments over the last year. Most of the material was recorded for a full length record that never came out. The label we were working with just completely stopped all communication. We still have some great recordings from that stuff that may or may not ever see the light of day. Some of the songs started as scratch recordings that we used during the songwriting process, and slowly pieced together into finished recordings. There are some samples of our old drummer, and some drum machine programmed to run alongside his parts. Cherry daze was recorded live in one take on a WW2 Tugboat with our good friend Cat Hoch drumming. The last EP, Everyday Use, was tracked very quickly in one month, also with Cat drumming.

Q. Which new bands do you recommended
B: There is so much amazing music coming out right now, I love Adult Mom, Girlpool, Tacocat, Beverly, Chasity Belt and Jackson Scott.

Q: Which bands would you love to make a cover version of?
B: I would love to cover Sheryl Crow, R.E.M. or Beat Happening.

E: We always want to cover more stuff, we have covered the Velvet Underground (when Lou died), Julee Cruise, and Hole. We have a massive list of covers we want to do some day. Maybe The Smiths would be fun next.

Q: What´s the plan for the future....
B: After releasing ‘Fantasy’ and touring we plan to start writing and recording our full length that we have plenty of new material for already. Our booker is helping us get on some festivals next year. Hopefully we can catch the attention of some bigger labels to help us release our next album and then maybe following that a national and international tour.

Q: Any parting words?
B: Thanks for helping us get the word out there. Xoxo.
*
*
*
Thanks