Changing Lights with Labasheeda - An Interview 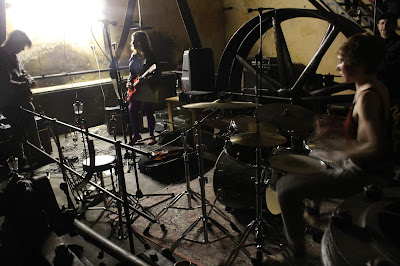 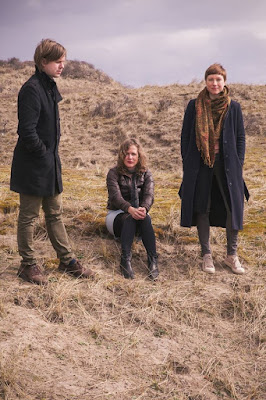 When did Labasheeda started, tell us about the history...
Labasheeda was formed in 2004 by Saskia. Three years later Arne joined the band and since then they are the core of the group, working with different people. We released several records and EPs. At the moment we are a three-piece, with Aletta playing drums.

Q: Who are your influences?
Hard to tell really, but take a look below for some musicians we like.

Q. Make a list of 5 albums of all time…
Arne's list would look something like this (in no particular order):
Captain Beefheart & The Magic Band - Lick My Decalls Off, Baby
The Rolling Stones - Their Satanic Majesties Request
16 Horsepower - Low Estate
John Zorn / Masada - Vav
Slint - Spiderland

Q. How do you describe Labasheeda sounds?
Dissonant, harrmoneus - and something in between.


Q: Tell us about the process of recording the songs?
We try to record a basic track in as few takes as possible, then we overdub vocals, violin, and maybe things like additional guitar parts or keys.

Q. Which new bands do you recommended?
Uhm...

Q: Which bands would you love to make a cover version of?
Kiss, obviously. And perhaps Roxy Music.
(Saskia; Arne is the man in the band who usually comes up with and idea for a cover and it always works well. We did a The Who Cover at our last album and he wrote the violin arrangement of that recording. i do not have specific bands myself that I would like to cover)

Q: What´s the plan for the future....
To become rich and famous, and then to open a restaurant and design our own metal detector.
(Saskia; to play in Spain)

(Saskia; Thanks for inviting is to the interview! Maybe nice to mention that we will have some new video's out in Fall to songs of the album.)
*
*
*
Thanks