Keeper Of The Dawn with Ancient River - An Interview 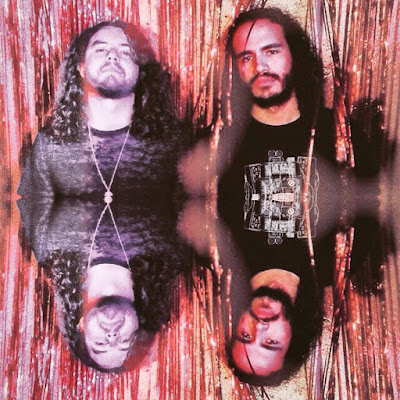 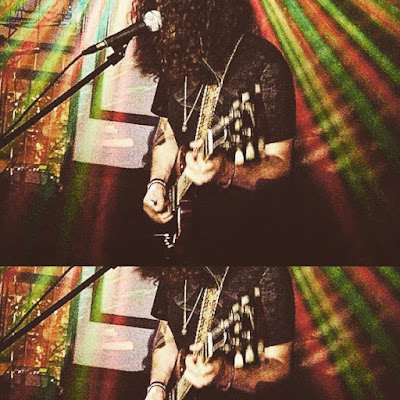 Q. When did Ancient River started, tell us about the history...
Wow that is a long one, so here it goes...

It all began in the dawn of the year 2000, as I (James Barreto) was making frequent trips to Gainesville, Florida to play with The Ohm, my instrumental psychedelic band which thrived on instant creation and a home grown DIY ethic. Over the next few years I began recording local bands, producing several albums while creating music for local independent films. It was out of this period of musical exploration that Ancient River was born. My house soon grew into a fully-fledged home studio/rehearsal space, where like-minded musicians could be found tirelessly sharpening their wide range of sounds, encapsulating everything from noisy shoegaze to psychedelia to classic Americana. I locked myself away for two years, and got my self a name as a creative hermit before I took Ancient River to the stage. In 2009, a label and now friend Mark McKenzie saw us play and got us in the recording studio, then over to Austin Psych Festival for our first appearance there. I have had a few amazing musicans in the band, and was really lucky to find Alex Cordova in 2011. Alex and I have been playing together as a duo for last 3 years. We have since then played Austin Psych Fest twice (2010-2012), Los Angeles’ Psycho De Mayo (2014), Desert Stars Festival Pre-Party (2014), Liverpool International Festival of Psychedelia (2012), Milwaukee Psych Fest (2015) and coming up Reverence Festival in Portugal and The Psychedelic Revolution Festival in France. We have shared the stage with Heartless Bastards, Flavour Crystals, Rosco (Spaceman 3), Christian Bland & The Revelators , Secret Colours, The Silverchords, Holy Wave, Dead Skeletons, Magic Castles, Night Beats, Ringo Deathstar, Hookworms to name a few. So the band over the years has encamped into my home studio and we have recorded multiple albums but currently I am living in London, and Alex is living in Austin, Texas. We are traveling between the two at the moment. We have just released our 8th release Keeper Of The Dawn. which you can grab here www.ancientrivertheband.com and we’re touring North America for 55 shows. We have lots of future plans but that is a surprise. All of us moving to California is in there. 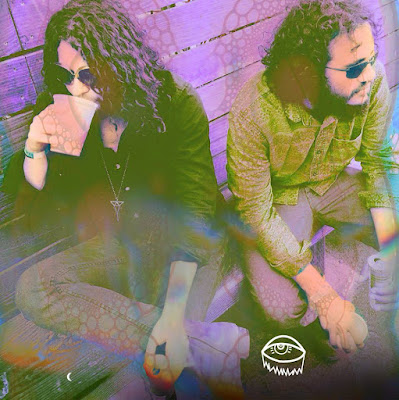 Q. Make a list of 5 albuns of all time…
Thats an impossible question for ne to answer haha. If I had to only have 5 albums because of some type of apocalyptic tragedy and had access to a music player Id reach for, naw sorry cant answer that one.

Q. How do you feel playing live?
I feel very good about playing live. Never get butterflies or anything like that. I get more nervous in the studio. Live is always a release for me, we pretty much bring the same level of effort infront of a couple of people or a packed room. We love playing live.

Q. How do you describe Ancient River sounds?
Ancient River is a mixture of vintage and modern rock sounds at times bouncing from Americana and folk to space rock and beyond. Ive always admired artists like Frank Zappa and Ween because they dont tie themselves to any kind of specific genre or sound.

Q: Tell us about the process of recording the songs ?
We write and arrange and then press record.


Q. Which new bands do you recommended?
Yeah, Dead Meadow, if you don't know them (they are not new though), Flavor Crystals, Lola Colt from London, Ttotals from Nashville. Worthless from NY to name a few.

Q: Which band would you love to make a cover version of?
I dont know, we dont do covers, maybe something by Mercury Rev.

Q: What´s the plans for future....
If we told you our plans then it wouldnt be much of a suprise, ha! We just released an album called Keeper of the Dawn and were playing a bunch live shows around North America, UK and Europe in support of it.

Q: Any parting words?
Yes, we owe everything to our close knit family and friends who support us and encourage us. Without Nakia Matthewson, Natalie Elorza-Welling, Jeff Lancaster, Warren Graham, Mark McKenzie, all the cool people, bands and supporters we meet along the way, we couldnt do what we do. We are blessed.
*
*
*
Thanks