Dusk Till Dawn with Whispering Sons - An Interview 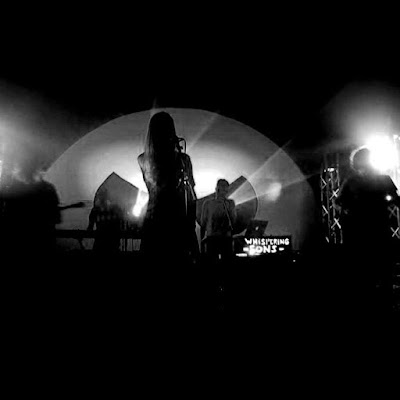 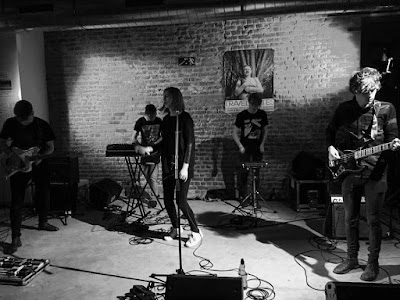 Q. When did Whispering Sons start, tell us about the history...
Whispering Sons began early 2013 as a project of four friends with a mutual taste for dark music. After singer Fenne joined the band, we started playing our first gigs in local pubs and venues. Mid 2014 we started recording some songs which resulted in a demo-ep, containing a cover of Whispering Sons by the Danish group Moral; hence the name of our band. This year we’ve been more seriously involved in the project and we are currently in the process of new recordings.

Q: Who are your influences?
Early postpunk artists combined with more recent contemporary music in the same vein. Our flanged guitar lines are derived from artists such as Robert Smith and John McGeoch (Siouxsie and the Banshees & Magazine), while the synths employ a heavier modern sound. The drums echo like drum machines from bands like Cocteau Twins, with a more lively and sometimes tribal touch.

Q. Make a list of 5 albums of all time…
In random order:
- The Chameleons – Script of the Bridge
- Felt – Crumbling the Antiseptic Beauty
- Godspeed You! Black Emperor – Lift Your Skinny Fists Like Antennas to Heaven
- The Cure – Faith
- The Beatles - Revolver

Q. How do you feel playing live?
Because there is 5 of us, we are quite nervous about getting our sound exactly right at a gig but in the end it’s always an exhilarating experience playing live in front of an audience and seeing them enjoy the music we created.


Q: Tell us about the process of writing and recording the songs ?
Usually we start with a basic tune or random idea, from which we create a more structured song. The whole process is quite natural and fast. We do in fact spend more time adding the lyrics to the songs afterwards. At the moment we record and produce our own songs with very basic materials and programs.

Q. Which new bands do you recommend?
At moment we enjoy Algiers, Viet Cong, The Devil and the Universe (goatwave). We are also interested in the Italian postpunk scene with bands like Schonwald, Winter Severity Index and Soviet Soviet. Furthermore we keep an eye on labels such as Sacred Bones Records and Captured Tracks.

Q: Which band would you love to make a cover version of?
With an earlier project we once covered Talk Talk’s song Mirror Man. We’d love to reprise that and make a more synthy version.

Q: What´s the plan for the future....
Playing a lot of gigs and releasing new material soon.

Q: Any parting words?
There’s a beautiful kind of emotion in noise.
*
*
*
Thanks