The Ballad of Adam and Eve with Dreamwave - An Interview 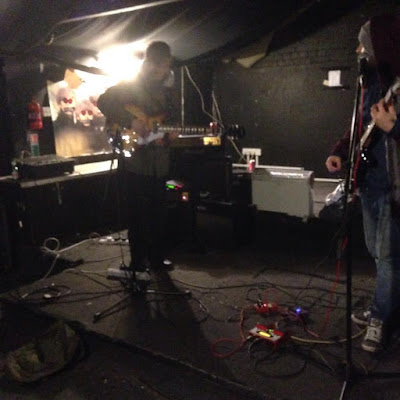 Um verdadeiro herdeiro da The Scene That Celebrates Itself original. 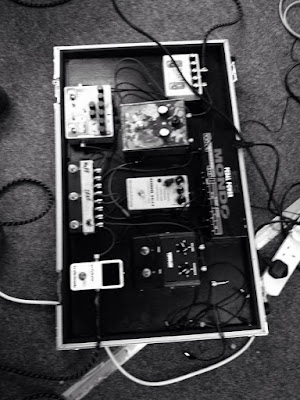 Q. When did Dreamwave started, tell us about the history...
1. Daniel: Hey, first off thanks for interviewing us. Dreamwave is myself, Daniel Simm on guitar, Marcus Gibson on guitar and vocals, Zac Clowes on bass and Gareth Taylor on drums. The band started in October 2014. Myself and Marcus had been writing since the start of 2013 but back then it was under a different name (Stages of Sleep) but as we went on our sound started to naturally evolve into more of the sound you hear on the Dreamwave tracks.

So in early 2014 we were still writing songs and out of the blue came "My Love", I knew as soon as I'd played the first riff that I was on to something, so I got it down (recorded) and passed it on to Marcus to write and record the vocals. I can remember the first time I heard it back when it was finished and was so impressed with how it had turned out. At this point we knew we wanted to get a band together and start playing this stuff live so we continued writing and in the meantime searching for some more shoegazers! We put a few adverts out on the net and I can remember we got nothing back for a while and all seemed hopeless, then one day I checked my emails and saw a reply it was from Zac who is now our bass player.

I read the email and thought this guy seems like he knows a lot about the genre and as an added bonus he had his own gear and transport!!! We asked him to try out at a local rehearsal room where we played through "My Love" and managed to finish the whole song in that first practice, we asked him to join and he agreed. We now had a bass player but we were still lacking a drummer, we jammed with one of Zac's friends for a while but he had commitments more important to him elsewhere so we parted ways. We carried on putting up adverts whilst writing and rehearsing but yet again we were finding it a struggle. Then one day Marcus suggested asking a friend who used to play drums, but hadn’t in a while, Gareth Taylor. We sent him some demos, by this point we had about 5/6 including Sorry, Spiral and Nowhere. He liked what he heard and jumped on the bandwagon as it were and here we are now.

Q: Who are your influences?
2. We have lots of different influences but I think most of us got into it listening to old bands so I guess the main influences are Slowdive, My Bloody Valentine, Ride and Chapterhouse, also some new bands like Whirr and old cool bands that aren’t shoegaze like The Pixies and The Cure.

Q. How do you feel playing live?
4. As of this moment we haven’t played any concerts but we have one booked for November which will be a Shoegaze night put on by a radio presenter on a local radio station where we live called 6 Towns. We're hoping to play some gigs sooner as things are going really well at rehearsals. If anyone reading this wants to put us on any shows in the Midlands that would be awesome. I think we’re ready.

Q. How do you describe Dreamwave sounds?
5. In three words; melodic, atmospheric and LOUD!


Q: Tell us about the process of recording the songs ?
6. Myself and Marcus have written most of the songs between us so far, but it changes all the time really. I’ll have a full song and show the others or Marc will have a full song or we'll both just have ideas and work on them together.

Q. Which new bands do you recommended?
7. Whirr, Nothing, Procession, Preamp…

Q: Which band would you love to made a cover version of?
8. I’m not to sure about covers at the moment but who knows, maybe in the future.

Q: What´s the plans for future....
9. Playing some gigs and recording a full EP.

Q: Any parting words?
10. Thanks to everyone who has supported us so far and make sure to please check our soundcloud and like our facebook page. Big shout outs to Dean Bromley, Chris Tressler, Simon Edwards (6 Towns Radio), pedalcult.co.uk, Moose’s custom electronics, Preamp band, Gregg Wilson from DKFM Radio, Spaniel Dimwit and anyone else I've missed apologies, you know we love you
*
*
*
Thanks
www.soundcloud.com/dreamwaveband
www.facebook.com/dreamwaveshoegaze
Postado por TBTCI às 05:17