Eclipse with Half String - An Interview with Brandon Capps 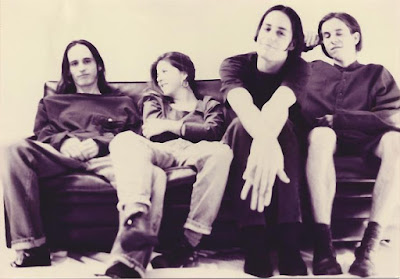 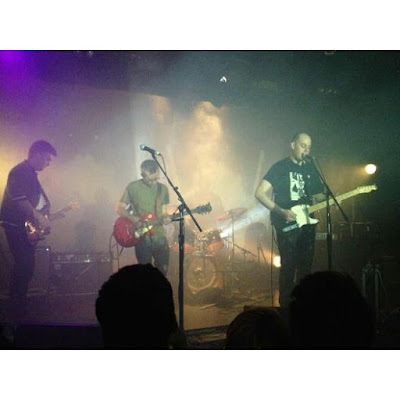 Q. When did Half String started, tell us about the history...
We started in 1991 as a three-piece, which included myself along with my roommate Tim Patterson and our friend Kimber Lanning. Tim and I spent many hours at Kimber’s record store in Tempe (Arizona), so we had a good beat on each other’s musical tastes. During one of our visits, she mentioned that her father was a jazz drummer, which led to us asking (begging) her to stop by and make some noise with us. We borrowed a drum kit, cleared the living room, and continued to meet 2-3 times a week for the next 5 years. We recorded our first demo in 1992, which was released as the Eclipse 7” by Independent Project Records. Matt Kruse joined on second guitar in 1993. We recorded our second single Oval and organized the first Beautiful Noise festival that same year. Later in ’93, we travelled to a studio in Los Angeles to record the Tripped-Up Breathing EP—we weren’t happy with the results, so we took the tapes home to re-record some tracks and mix with our friend Dan Nelson. Tim left the band shortly afterwards. Dave Rogers joined to play bass and add back up vocals. Dave also played with Alison’s Halo, as well as fronting The Introspection Trio during this time. In 1995, we recorded our first and only album, A Fascination With Heights; we tracked it in the same living room Half String first started. We dissolved the band in December 1996, as I had started a family and Matt moved to San Francisco. Dave continued to play bass with Alison’s Halo. Kimber joined Scenic, playing drums on 2 albums.

Fast forward to October 2011, Captured Tracks approaches us about releasing a Half String retrospective for the Shoegaze Archives series. Kimber, Matt, Dave, and I are all living in different Cities across the United States, but decide to join up in 2012 to perform 3 shows in California (including the Part Time Punks Shoegaze Fest). We get together one more time in 2013 to perform at the 20th Anniversary of the Beautiful Noise festival in Mesa, Arizona. And this is where the story ends…

Q: Who are your influences?
I much prefer the term “inspiration” over “influence”; being inspired by other artists/records as opposed to being under the influence of heavy drugs and/or religious dogma, which we definitely were not. The members of Half String were inspired mostly by music from the 80’s that came from outside of the USA: Breathless, Felt, Dif Juz, A.R. Kane, Cocteau Twins, The Names, Red Lorry Yellow Lorry, And Also The Trees, Durutti Column, and The Cure. And of course we loved many bands from the early 90’s who were making music when Half String was active: Pale Saints, Moose, Field Mice, The Ropers, Telescopes, Lush, and Stereolab.
https://www.mixcloud.com/capturedtracksBK/ctmix-005-w-brandon-capps-half-string/

Q. Make a list of 5 albums of all time…
“All time” is a long time to live with a definitive list of favorite albums, and this list will probably be different a week from now. 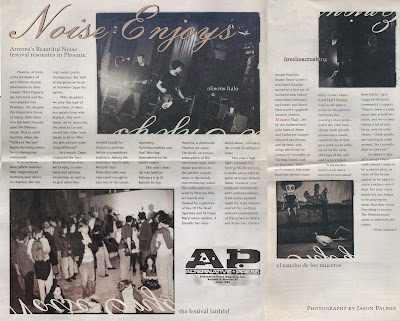 Q. How do you feel playing live?
Half String played out often, and we loved trying out new material—there are quite a few songs that were performed, but never made it to record. I love how a live performance allows the audience to experience the organic elements of a song. The band bares its natural form, flaws and all. The songs are presented without any studio cosmetics (multiple takes, overdubs, additional tracks, effects and manipulation that usually take place during a recording session). An earnest live performance will generate the same electricity that originally brought a song to life during rehearsal. It’s the closest a band can come to sharing the spirit of their creation. It’s a leap of faith, because a shitty performance can totally ruin an audience’s experience and deflate the high hopes one takes with them to a show.

Q. How do you describe Half String sounds?
Hmmm…I get shy when asked this question. Listening to music, especially my own, is an emotional experience. The impression it makes on me could be completely different from that made on someone else. For me, it’s moody, melodic, occasionally ornate, and intricately introspective. Someone once described it as sounding more definitive than derivative. I like that notion.

Q: Capture Tracks rescued the Half String work in Shoegazer Archives Series, as well as other artists, how important this rescue in your opinion?
I certainly credit Mike Sniper and Captured Tracks for generating much of the renewed interest in our music. When he first approached us, it became obvious that Mike and the label manager (Katie Garcia) had a deep affinity for the off-the-radar “shoegaze” and “dream pop” bands of the early 90’s. They timed the series very well, considering the swell of people reclaiming their love for My Bloody Valentine and Slowdive. Plus, there was a new generation discovering those records and mimicking that vibe in their own bands.

We are very grateful to be part of the Shoegaze Archives. I only wish the series would continue beyond the five bands released thus far. It seems Saint Marie Records has picked up where Capture Tracks left off by reissuing Secret Shine, Blind Mr. Jones, and Difference Engine—all great bands that deserve to be revisited. 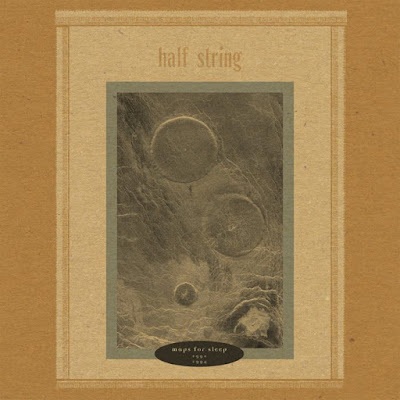 Q: Tell us about the process of recording the songs?
We rehearsed relentlessly—at least 3 times a week. Often during those sessions, we’d improvise and come up with new material. I always had a room mic set up and the 4-track cassette armed to record anything that seemed promising. I’d review those recordings and develop the songs from there. Occasionally, someone would bring in an idea for a song they’d worked out themselves, but most of the time the writing was a spontaneous group effort. We would record all songs to my 4-track or on our friend Dan’s 8-track cassette (Tascam 488 Portastudio) before we went into the studio. However, the first 2 singles (Eclipse and Oval) were both the demo recordings that ended up on record. “Hue” was also an 8-track cassette demo that we offered as a bonus track for the CD compilation proposed by the German label Pop Goes On.

Q. Which new bands do you recommended?
I don’t feel like I have my finger on the pulse of what is currently outstanding, but there are a handful of bands that have recently excited me: Drab Majesty, Nite Fields, Vaniish, Marble Arch, Male Gaze, Viet Cong, and Girls Names.

Q: Which bands would you love to make a cover version of?
When we first started I had planned on covering Modern Eon’s “Mechanic” and Tunnel Vision’s “Watching The Hydroplanes”, but we ended up creating a mountain of our own material to focus on. Though, for one of our earlier shows as a 3-piece, we did perform Joy Division’s “She’s Lost Control”. After we recorded A Fascination with Heights, I really wanted to add The Names’ “I Wish I Could Speak Your Language” and We The People’s “In The Past” to our live set. We rehearsed both, but never got them in good enough shape to perform. I have a demo of the Names song that might get revitalized one day.

Q: What´s the plan for the future....
Half String’s future has already passed… I don’t foresee another reunion show or new material being recorded. However, we did record a session for Part Time Punks radio show in 2013 that hasn’t seen the light of day—I’m still waiting for the inspiration to finish and share that session. There’s also an unreleased EP from 1993 calledMissed In March. We recorded it between the Eclipse and Oval singles. That will probably find its way onto our Bandcamp one day in the future.

Q: Any parting words?
Thanks for the opportunity discuss Half String. I admire your sincere passion for music and maintaining a platform to share it with other people. I imagine it must take a lot of time and energy that most take for granted. So, good on you!
*
*
*
Thanks Brandon