Gallery Of Walls with Wild Moth - An Interview 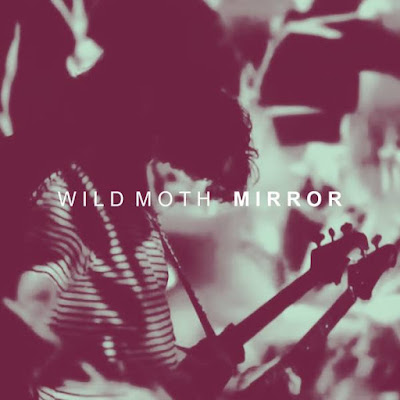 Q. When did Wild Moth started, tell us about the history...
Wild Moth started in the late summer of 2011. Carlos, Austin, and I had been very good friends from playing and touring together in our previous bands. Austin was looking to start a new band and drafted Carlos and me to play with him. We wrote a batch of 5 songs that were intended to be a demo but a few friends labels collectively decided to put it out on 10" vinyl. That gave us momentum to start writing more, playing more, and touring. Since then we've just been doing the same thing: writing, playing, touring and moment has since built up. Marc, who happens to be one of our best friends and a great musician, joined the band later on.

Q: Who are your influences?
Most of us come from a punk and hardcore upbringing in terms of musical interest so that has always been a primary foundation for our band. As we get older, our musical interests grow as well. We love classics like Sonic Youth and Slowdive but at the same time enjoy more obscure hardcore bands like Hank Wood and the Hammerheads. On another note, Smashing Pumpkins is one of my favorite rock bands and I take strong musical influence from that group.

Q. How do you feel playing live?
I love it. Touring is one of my favorite things in the world. It is incredibly exhausting and difficult at times but it gives me a sense of purpose. And I get to travel and see old & new friends throughout the world.

Q. How do you describe Wild Moth sounds?
Moody and introspective rock music that draws influence from post-punk, shoegaze, and hardcore. Weird right?


Q: Tell us about the process of recording the songs ?
We write a batch of songs, record demos for them, choose what songs we will put on the record, rewrite the songs, then record them. Recording has typically been a very stressful process for our band so far. We become obsessive and as a result incredibly anxious and moody. I'm trying to get better and knowing when to walk away from something. That's something we're working on!

Q. Which new bands do you recommended?
I loved Title Fight's Hyperview that came out this year but if you don't know this band already you're living under a rock. As far as smaller bands, I love this new post-punk band from our hometown called Super Unison.

Q: What´s the plans for future....
Keep doing the same thing. Write music, record it, play it live, and hang out with my best friends until it drives me absolutely insane. We've got some cool plans for the rest of the year and our new record, Inhibitor, comes out in August. Pretty excited for that and the US tour that will come along with it. Hopefully Europe in 2016 as well.

Q: Any parting words?
Thanks for interviewing!
*
*
*
Thanks