Guiding Light with Supercrush - An Interview 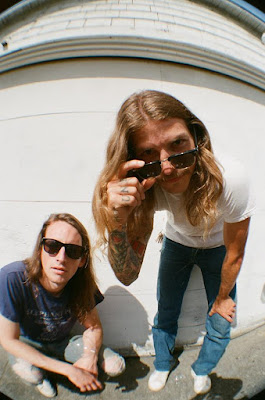 Seu último trabalho o 7" I Don't Want To Be Sad Anymore b​/​w How Does It Feel (To Feel Like You​)​? é absolutamente viciante e pegajoso, duas pérolas. 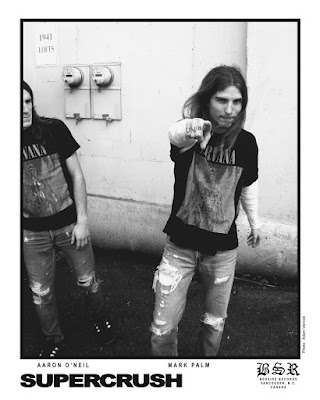 Q. When did Supercrush started, tell us about the history...
Supercrush began a few years ago when I moved from San Francisco back to Vancouver. I had been playing in a band called Modern Charms in San Francisco and when I moved that project was put on hold. However, I still wanted to continue writing melodic guitar pop type music so I formed Supercrush as an outlet for those songs. The concept was to create really sugary melodic pop tunes that focus on some of more pleasant aspects of life. I've played in many bands that focused on negative emotions so it was a very refreshing change to try something with a sunnier disposition.

Q: Who are your influences?
Musically, Supercrush is influenced by a lot of different stuff, but the influences that are most obvious in our material are a lot of different groups from the early 1990's, which is when I was first really getting into music as a youngster. I'm talking about a lot of the "Grunge" stuff from the Pacific Northwest, the "Halifax Sound" stuff from Eastern Canada, as well as the Brit-pop, powerpop, and shoegaze stuff that was happening in the UK. As well as older stuff like Big Star and whatnot.

Q. Make a list of 5 albuns of all time…
I already answered this question in the Modern Charms interview we did a while back, so instead I will take liberty with the question and change it to my top 5 Hip-hop producers of all time. In no particular order:

Q: Tell us about the process of recording the songs ?
The recording process with Supercrush is quite enjoyable. So far, aside from home demos that I engineer myself, we have been recording exclusively with our main man Jackson Long at HMS Studios in Seattle, WA. Aaron and I will get together and go over the song structure and get all the little drum fill details and tempos sorted out. Then Aaron will go ahead and record a drum track. After that I begin the long process of layering guitars and vocals, after which Aaron will come back to add additional percussion. From time to time we collaborate with friends to contribute additional vocal parts, like Megan Brady on "Lifted".

Q. Which new bands do you recommended?
I recommend The Courtneys from Vancouver. I think they will appeal to a lot of folks who follow your blog.

Q: What´s the plans for future....
The plan is to continue releasing two song singles from time to time. I would like to do four of them, and then collect them all on a 12" with two additional songs. We work slow, so that will take some time, but hopefully it'll be worth the wait.
*
*
*
Thanks