My Dreaming Hill with Bleu Velvet - An Interview 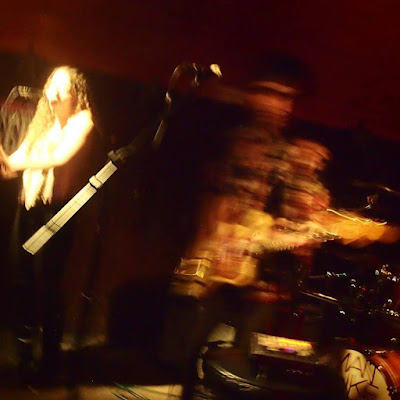 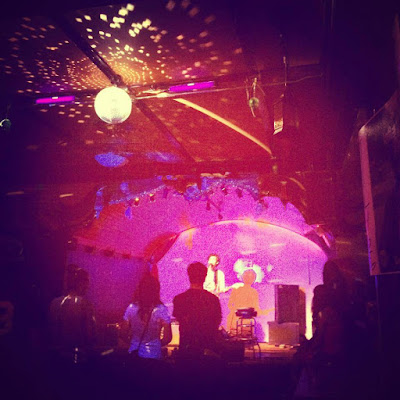 Q. When did Bleu Velvet started, tell us about the history...
A: I started Bleu Velvet in 2014 after the band I was playing in split up. I wanted to do something more unconventional and experimental so I started recording demos using drum machines and samplers. I then started getting gigs in philly and was playing on my own for most of last year until I asked Elyse, a friend from highschool, to sing. She has a beautiful voice unlike me haha. The name is from the David Lynch film 'Blue Velvet'. The film takes place in a town called Lumberton which is also the name of the town I grew up in so I thought it was fitting. It's one of my favorite movies.

Q: Who are your influences?
A: Well I guess it goes without saying a lot of the bands from the scene this blog got its name from like My Bloody Valentine. Also the Mary Chain, Spacemen 3, Suicide, the Velvets, Stereolab. Oh I can't forget Nirvana, too.

Q. Make a list of 5 albuns of all time…
A: That's a tough question so I will just list them in a stream of consciousness in no particular order: 1. Berlin by Lou Reed
2. Psychocandy by JMAC
3. Isn't Anything by MBV
4. In Utero by Nirvana
5. Sister by Sonic Youth

Q. How do you feel playing live?
A: Playing live has always been a love-hate relationship for me. I always get very nervous before a show. I tend to be shy and I'm a neurotic person. But once I get over that I enjoy it. Especially when we get to improvise or 'jam'. I don't like playing each song the same every show.

Q. How do you describe Bleu Velvet sounds?
A: I would say noise pop although we can be very dreamy and ethereal at times. Although it can be strange and experimental at times, it's still pop, which I like.


Q: Tell us about the process of recording the songs ?
A: Mostly when I begin to write a song the only thing I have is a multi-layered guitar loop or drum machine beat. Then I try to come up with a chord progression and bass line that goes over it, followed by the vocals. I guess its kind of a backwards and counterintuitive way of writing but it seems to work for me. My recording process is still pretty archaic. I use a tascam 8 track and crappy dynamic microphone. I use my guitar pedals for vocal effects. I don't use software. I like having only 8 tracks to work with because you really have to think about how you're going to utilize each one. If I had more I would never get anything done. I would like to get software at some point to speed up the process, but my laptop is too shitty haha.

Q. Which new bands do you recommended?
A: 'Nothing' from Philadelphia are great. One of the loudest shows I've ever been to. Also anything Bradford Cox does is genius.

Q: What´s the plans for future....
A: I guess the plan is to try to write good songs and play solid shows. We've only recorded demos so far with exception of a split single we released with Oak Coma so we'd like to get an EP out by the end of the year. Maybe get signed to a label....

Q: Any parting words?
A: Yes. Thank you for the opportunity. I want to visit your country! New Jersey sucks haha
*
*
*
Thanks