Water Table with Traces - An Interview 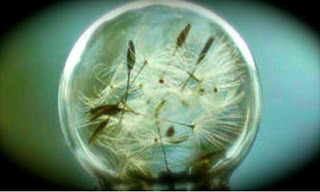 Q. When did Traces started, tell us about the history...
We technically started in late 2013, but we were busy with other projects at the time, so it's really only been the last 6 months or so that we've been writing songs, and performing and recording as a unit.

Q: Who are your influences?
They're pretty all over the place. Obviously there's a shoegaze influence, as well as post-punk, and some 60's freakbeat. I really like old girl groups and surf music as well, which influences some of the vocal harmonies at times. Also indie rock from the 90s and some 80's psychedelic pop revival stuff or whatever that's called.

Q. Make a list of 5 albums of all time…
That's impossible! I could do a list of 5 albums off the top of my head, which are a big influence on the band;
1. Wire - Chairs Missing
2. Cleaners From Venus - Midnight Cleaners
3. My Bloody Valentine - Isn't Anything
4. Let's Active - Cypress
5. Cocteau Twins - Heaven or Las Vegas

Q. How do you feel playing live?
We've only played a few shows as a band, but we've all been playing in bands for a long time. A lot of times we're playing other people's music as sidemen, so it's refreshing just to go out and play original songs.


Q. How do you describe Traces sounds?
I think generally it's meshing shoegaze or dreampop, or whatever you want to call it, with a more rhythmically driving concept.

Q: Tell us about the process of recording the songs?
For our demo, we did the songs live at a friend's studio, then finished some extra guitars and vocals at our apartment. It was done pretty quickly, just so we could have some music to put out there and start playing shows etc. We have some more tracks coming out soon!

Q. Which new bands do you recommend?
Living in Montreal, there's no shortage of talented artists. I'd say anything on Fixture Records is a good place to start.

Q: Which bands would you love to make a cover version of?
Our first show was a party at a friend's loft space, and we got asked to do a set of covers. We chose a set of Wire songs, but the party had a 60s theme, so we ended up doing a bunch of Who songs.

Q: What´s the plan for the future....
We hope to do some more recording this summer, and start touring in the fall.