Siamese Dream with Siamese - An Interview 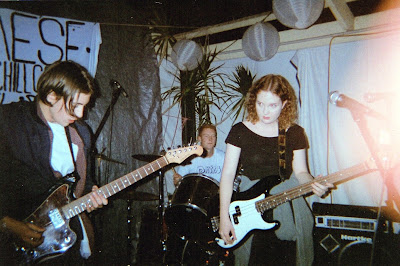 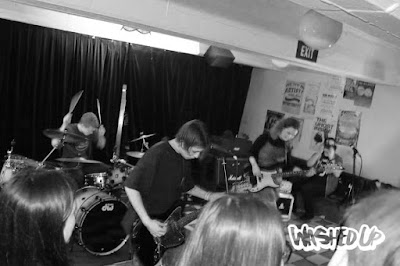 Q. When did Siamese started, tell us about the history...
SIAMESE started at the start of 2015. I had been writing for the past year or so and wanted to put it in a serious band situation so i recruited one of my mates, Baden Guillou. Then we found our bassist Gabi through a friend at Swirl Records.

We basically jammed for 2 months

Then booked a house show, invited all of our friends and just had a great time. From there we got another gig at Bluebee Room through my mate Dom who plays in a band called For Millennia (They are sick go check them out on facebook).

Q: Who are your influences?
Smashing Pumpkins for sure, maybe some pixies, nirvana - all the normal alt rock/grunge stuff I guess. I'm personally influenced by shoegaze but I can't say that everyone else in the band are.

Q. How do you feel playing live?
Playing live is a very different environment compared to jamming so, honestly it's hard to adapt to the setting with confidence. But, once you get through the first few songs you start enjoying it because the show starts to move along and yeah, it's just great fun.


Q. How do you describe Siamese sounds?
I'd describe it like that 90's alternative sound. You know with the big muffs, phasers and delays. But I guess it just has our own style to it so it sounds like something that hasn't been done before.

Q: Tell us about the process of recording the songs ?
We recorded drums and guitar live in our friends house (Thank you angus). Then we did seperate overdubs for the bass, guitar and vocals. After that it was pretty much mixing and waiting for equipment to come. We used approximately 4 microphones for the drums, 1 for the live take of the guitar - then 2 for the overdubs. Bass was line in and vocals was run through an alesis reverb unit. We lost vocal takes though to a shitty condenser microphone off eBay.

Q. Which new bands do you recommended?
I recommend Narrow Head, Pope, Postblue and Lust. Also, all the other bands at Swirl Records (Druid Fluids, Goon Wizarrd etc).

Q: What´s the plans for future....
We are just going to write and play gigs for majority of the year. Then we are probably going to either get together an EP or possibly an album.

We have got a new song that we recorded at the Uni Studios that we will be releasing within the next week or so.

Q: Any parting words?
Haha, no not really. Thanks for chatting, and yeah - anyone who is interested go check out our Bandcamp and get the EP for free.
*
*
*
Thanks