Heaven Is a Place with LSD and The Search for God 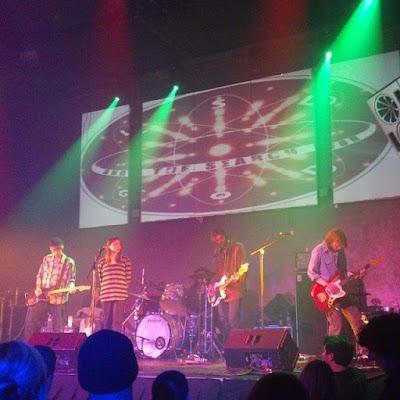 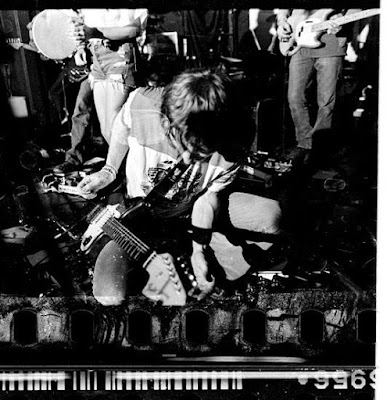 Q. When did LSD and The Search for God get started, tell us about the history...
Chris Fifield and I started the band eight or so years ago in San Francisco, California. At the time Chris was in between bands and looking for something new. I was anxious to get something together with the new songs I'd been working on, but was taking my time while having fun helping out a few friends with their projects.

Chris and I met through a woman who was looking to get us to work on a number of her songs. She gave Chris my number and he called me up one afternoon. We made plans to get together that evening to grab a drink and chat. We ended up really hitting it off––drinking pints and talking about music and pedals and amps and gear and stuff until 2am. We hadn't even played together yet but I had a strong sense that this was going to be something special. My suspicion was proved right a few days later when we got together at my studio to jam.

Over the course of a few months we continued to get together on our own pretty regularly to make noise and work on some songs I was finishing. We weren't looking for shows but were offered a good one. The only problem was that it was just two weeks away. We decided to go ahead and take it, and subsequently put a band together immediately. It went surprisingly well despite only being a proper band for about ten days. Things just sort of snowballed from there.

Q: Who are your influences?
Phil Spector and Edward Snowden and everywhere and always the dreamers and believers and livers and lovers.

Q. Make a list of 5 albums of all time…
Oh gosh, too hard. The list fluctuates anyway. Here's some of what's prevented my neighbors from getting good sleep the past week or so: Dear Eloise, Teenage Filmstars Rocket Charms, some newly remastered old Swirlies stuff, George Harrison All Things Must Pass, Flying Saucer Attack Instrumentals, Velvet Underground The Quine Tapes, and The Sylvers performing "Boogie Fever" on Bert Sugarman's Midnight Special.

Q. How do you feel about playing live?
We love it. Love playing, touring, meeting new people, sharing our music, and connecting with kindred spirits and fellow time travelers looking for long term relationships.

Q. How do you describe LSD and the Search for God sounds?
We don't describe the sounds, we make 'em.

Q: Tell us about the process of recording the songs.
We like to track live onto tape, with the main goal of getting the rhythm section tracks nice and thick and warm. Chris is remarkably consistent in the studio and often his first takes are the ones we use. I usually end up scrapping a lot of my original guitar stuff. We record vocals live in the studio along with everything else, but that's just to keep the songs together and help them feel authentic and organic. Once we get everything else in its general place we redo the vocals properly. Then the fun stuff starts: mixing and listening and listening and mixing!


Q. Which new bands do you recommend?
The Telescopes
Most of us play with Stephen Lawrie as The Telescopes on the new EP Harm as well as on another just-released split single with a great experimental Chinese band Deadly Cradle Death. These are some heavy noise drone gems.

Flavor Crystals
Josh Richardson of Flavor Crystals has been moonlighting on guitar with us for about a year now, and his band has a new album coming out that I'm really excited about.

Sciflyer
Two of our former drummers, Steve Kennedy and Scott Eberhart, make up two thirds of Sciflyer, a real inspiration of mine prior to starting LSD. They've got their first show in years coming up in a few months.

Stratford 4
Our original bassist, Chris Streng, plays guitar and sings in Stratford 4, who are getting back together and playing some California shows in the very near future.

Dear Eloise
One of a handful of great Chinese bands that Ricky Maymi--who plays drums on our upcoming EP--has been tirelessly promoting and managing for a few years now. They all need to be checked out immediately. Fantastic stuff!


Q: Which band would you love to made a cover version of?
A few times at early shows we covered "The Candy Man" from the Willie Wonka & The Chocolate Factory soundtrack as well as The Partridge Family theme song "C'mon Get Happy." We took a lot of liberties and really spaced them out.


Q: What´s the plans for future....
New EP coming out on Deep Space Recordings and Mind Expansion in the coming months. A few festival gigs in California and one-offs in San Francisco that have great bills. Working on new recordings, excited to get out and play shows, talking about travel...usual band stuff!