Things We Lost in The Fire with Givan Lötz - An Interview 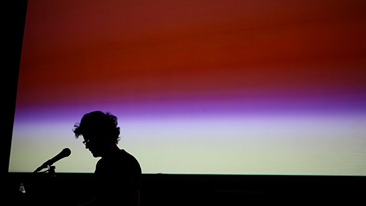 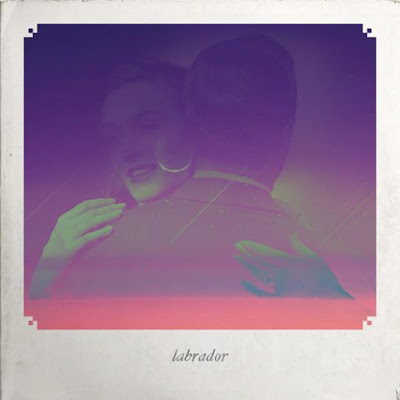 Q. When did Givan Lötz started, tell us about the history...
Music has been a part of my life as far back as I can remember. My grandmother was a piano teacher and I’d sit with her when she played the organ in church. I started playing guitar when I was 9 and had classical and finger-style training in high school. After playing in a few bands at university, I self-released a solo album, EASY NOW, in 2008 as part of an art show. It was never meant to be a debut but it was re-issued in 2010 by Jaunted Haunts Press. It took me 4 years after recording EASY NOW to muscle-up the courage to start documenting songs again. By then I’d written in excess of 80 songs, 36 of which would eventually become the 4 disc set called SNARL. With further culling a select group of 20 songs became SNARLING — a limited edition cassette released on Miami’s most discerning independent label, Other Electricities, in 2013. http://www.other-electricities.com/

Q: Who are your influences?
This is always tricky to tease-out: we all have blind spots and I might not be aware of all the variegated factors that have influenced me. I can tell you that since I started a solo project in 2008 I have slowly and deliberately been unlearning all of my formal training. To this end I am now happily unable to play anyone else’s songs (i’m not a good fire-side musician). I can only play the music I’ve written as part of an ongoing venture into refining my own personal internal logic — an attempt at a distinct musical shorthand. Below, see a short list of artists I hold in high regard.

Q. Make a list of 5 albums of all time…
LOW — Things We Lost in The Fire
VINCENT GALLO — When
SLINT — Spiderland
WES WILLENBRING — Close, But Not Too Close
GROUPER — Dragging a Dead Deer Up a Hill

Q. How do you feel playing live?
Admittedly, live performance is currently the least important part of what I do. First and foremost I am a writer and a composer; I am almost completely captured by the act of sitting escapeless in a room improvising and writing on a guitar. Far second is the imperfect documentation of these songs and lastly performing live. I simply don’t need audience approval to validate my musical output — the feeling I get from solving the musical puzzle for myself is far superior. Moreover, I’m reminded of the idea that in order to communicate anything of real value, one must ignore 80% of the people in popular culture. This is because in our modern world, people want to be entertained, distracted and appeased by something they understand quickly. I refuse to provide this easy escape and rather offer uncertainty in its place, allowing discerning listeners to think for themselves. Since I don’t see what I do as entertainment, I prefer to play to an accommodating audience that’s actually there to listen even if at times they feel uncomfortable. On the occasions that I’ve been coaxed into playing live, I prefer a quiet intimate setting of less than 100 people.

Q. How do you describe Givan Lötz sounds?
I am interested in a sound that seems soaked, an underwater sound that drenches and overwhelms, where frequencies are delayed and voices gurgle into a drone, where the pace is glacial but the temperature is volcanic.


Q: Tell us about the process of recording the songs?
I work alone. I have a small studio setup with minimal gear and I record and produce everything myself, normally over an intense focussed few weeks. I take time to plan, prepare and rehearse all the songs as much as possible before I start recording so that the recording process can be quick and painless. While I enjoy experimenting and creating novel sounds, I find the actual recording part to be exhausting — I’m not crazy about all the wires and computers and technical aspects. If I don’t make a good take on the 3rd attempt, I stop for the day and go back to practising and writing.

Q. Which new bands do you recommended?
Some South African musicians that I can recommend:

Q: What´s the plans for future....
As I write this, I am in the process of finalising recordings on 2 new collections. The first is a succinct cycle of ten songs in line, stylistically, with previous singer-songwriter outputs entitled MAW. It’s narrative arc presents a world in a time after time, where the modern myth of progress has failed and knowledge has been lost in a radical process of re-wilding both the landscape and humankind. The second album, YAW, would exist as a set of 24 short instrumental vignettes written on and primarily for a uniquely prepared, tempered classical guitar. As a complementary collection, YAW attempts to do instrumentally what MAW describes with voice and words. The pieces, then, act as fragmented artefacts from a forgotten catalogue of this strange imagined culture.

Q: Any parting words?
To Observe is to Destroy.
https://givanlotz.bandcamp.com/
http://givanlotz.com/