Two Days from Eden with Breathless - An Interview 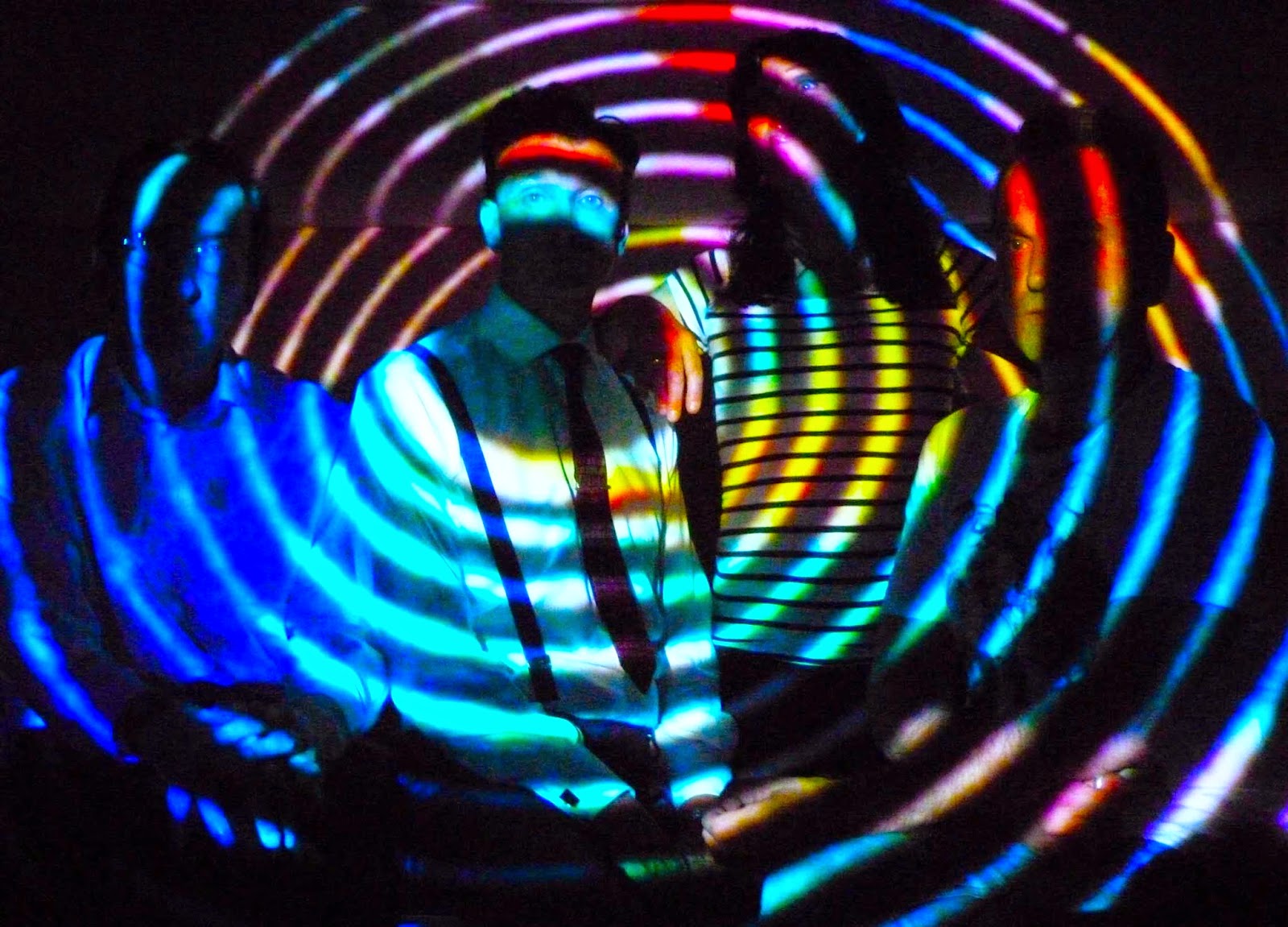 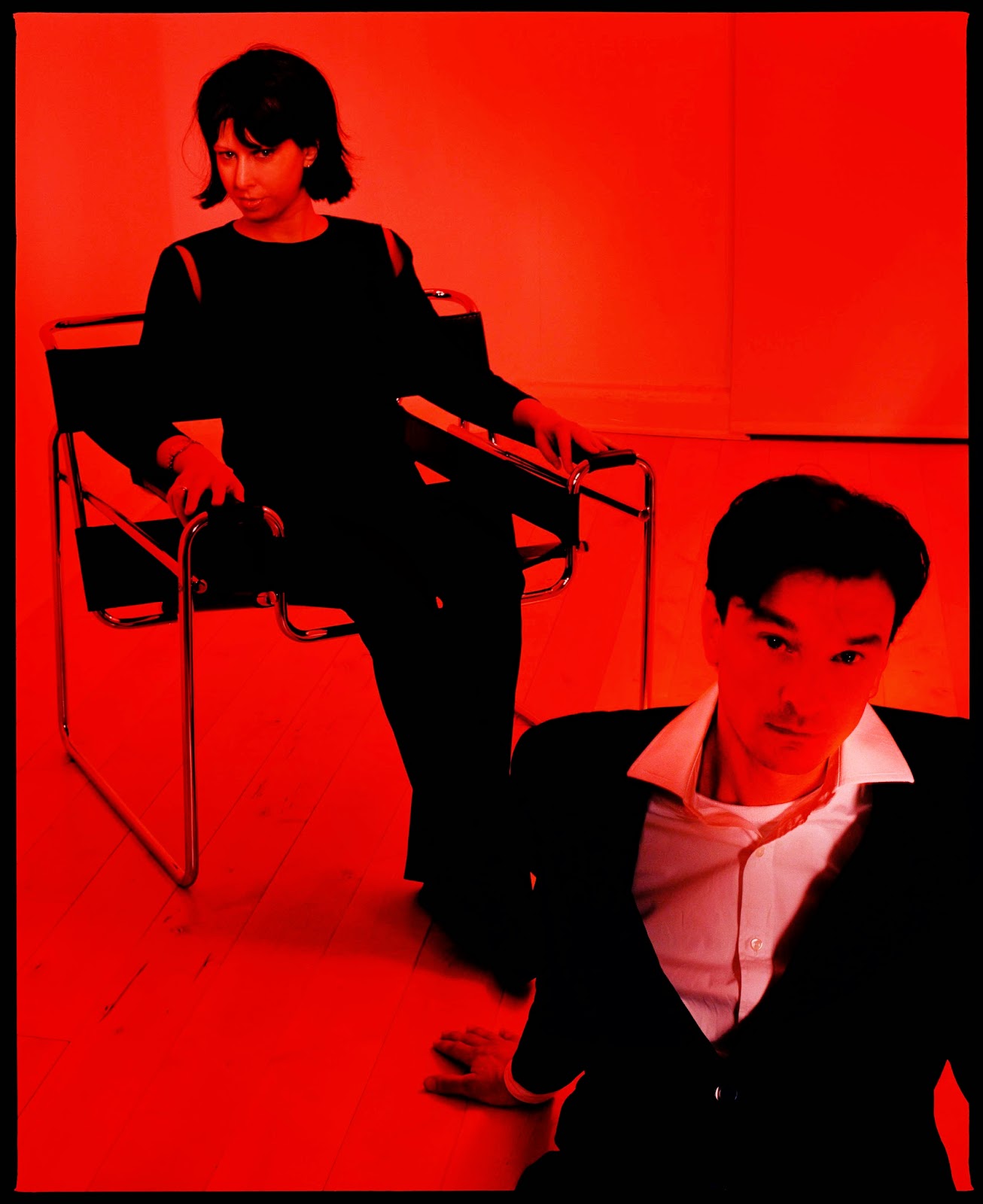 Q. When did Breathless starts, tell us about the history...
Ari: We formed in the 80s. Dominic and I were briefly in band together with a school friend of mine. We really liked what each other were playing, but were becoming more and more frustrated with what the rest of the band was doing so decided to form our own band instead. We started writing songs with Dominic just playing keyboard, but he soon started singing too and once we had a few songs, we asked Gary, who Dominic had played with in a previous band, to come and play with us. That first rehearsal was amazing, I loved Gary's playing from the first note and it all just came together perfectly and fell into place from that moment.

Soon after that, after only a couple of rehearsals with Tristram we went into the studio to Record 'Waterland' (which we just intended to be a demo at this point). Tristram was the brother of a friend of mine at the Virgin Megastore where Dominic and I worked, and again the chemistry was immediately there from our first rehearsal with him.

We went to see a few record labels with 'Waterland', but got a really negative response. We were talking about making albums like Pink Floyd but the labels keep talking about 3 minute hit singles. At the same time Dominic and I used to play 'Waterland', in the Virgin Megastore and a lot of customers came up and asked what it was and where they could buy it, which is when we realised there was a market for our music and decided to start our own label.

After 'Waterland' we worked with Cocteau Twins engineer/producer Drostan John Madden, on our next couple of EPs and eventually with John Fryer at Blackwing for our first album, which lead to Ivo asking Dominic to sing on a number of songs on This Moral Coil's Filigree and Shadow.

And introduced Breathless to a whole new audience which was fantastic

Q: Who are your influences?
Ari: We all have different influences, which is probably what keeps our music interesting. And for me there are a lot of things I listen to that I love but that don't find their way into our music, like say Funkadelic, or Barry White or Hole. At least I can't hear them!

But other people that I really like. like Neil Young, Richard Hawley, Brian Eno, John Barry, Ennio Morricone, Pink Floyd, Galaxy 500, Joy Division and The Velvet Underground are a lot easier to hear echoes of in our music. Especially Joy Division from the bass playing point of view as Peter Hook is my biggest influence, along with Carole Kaye, who also influenced Peter Hook .

Dominic: Well, when I was at school I was listening to Patti Smith, Japan, The Only Ones, Heroes by David Bowie and then post punk stuff like Wire, Mass, Felt, This Heat and Pere Ubu. It was an incredibly exciting time in music and it had a massive impact on me. Punk was too rocky and macho for me. it was fantastic that it shook up the industry in the way it did but it was the post-punk stuff that has shaped me as a musician.

After I left school I started working at Virgin and was introduced to earlier music like Can, Joni Mitchell, Pink Floyd, Eno, Velvet Underground, Roxy Music and Nick Drake. It's funny but at school, because of punk, it was really unfashionable to look back at music. Working in a record shop and being exposed to so much was incredible. I was overwhelmed, in absolute heaven, just trawling through the past as well all the new music. I'd say the way Can and Pink Floyd approached music was very influential on early Breathless.

I have a massive amount of respect musically for Kate Bush (from The Dreaming onwards) and her incredible imagination. Bjork too.

Mark Cox from Mass is my favourite keyboard player.

Gary: As a guitarist, my main influences would be Neil Young, David Gilmour, John Perry from the Only Ones, Maurice Deebank from Felt, Tom Verlaine and Jesus Acedo from Black Sun Ensemble. At the start of Breathless I was hoping that we would make music that was a cross between the post-punk music that Dominic was talking about and Pink Floyd. I think some of the music ended up a bit like that but we soon found other directions to go in too. I also loved This Heat, Japan, Patti Smith, Velvet Underground, Can and I was also involved in very harsh, discordant electronic music which didn’t influence Breathless at all I don’t think but who knows? There was just so much music washing over us, it’s not always easy to know what influences you the most. 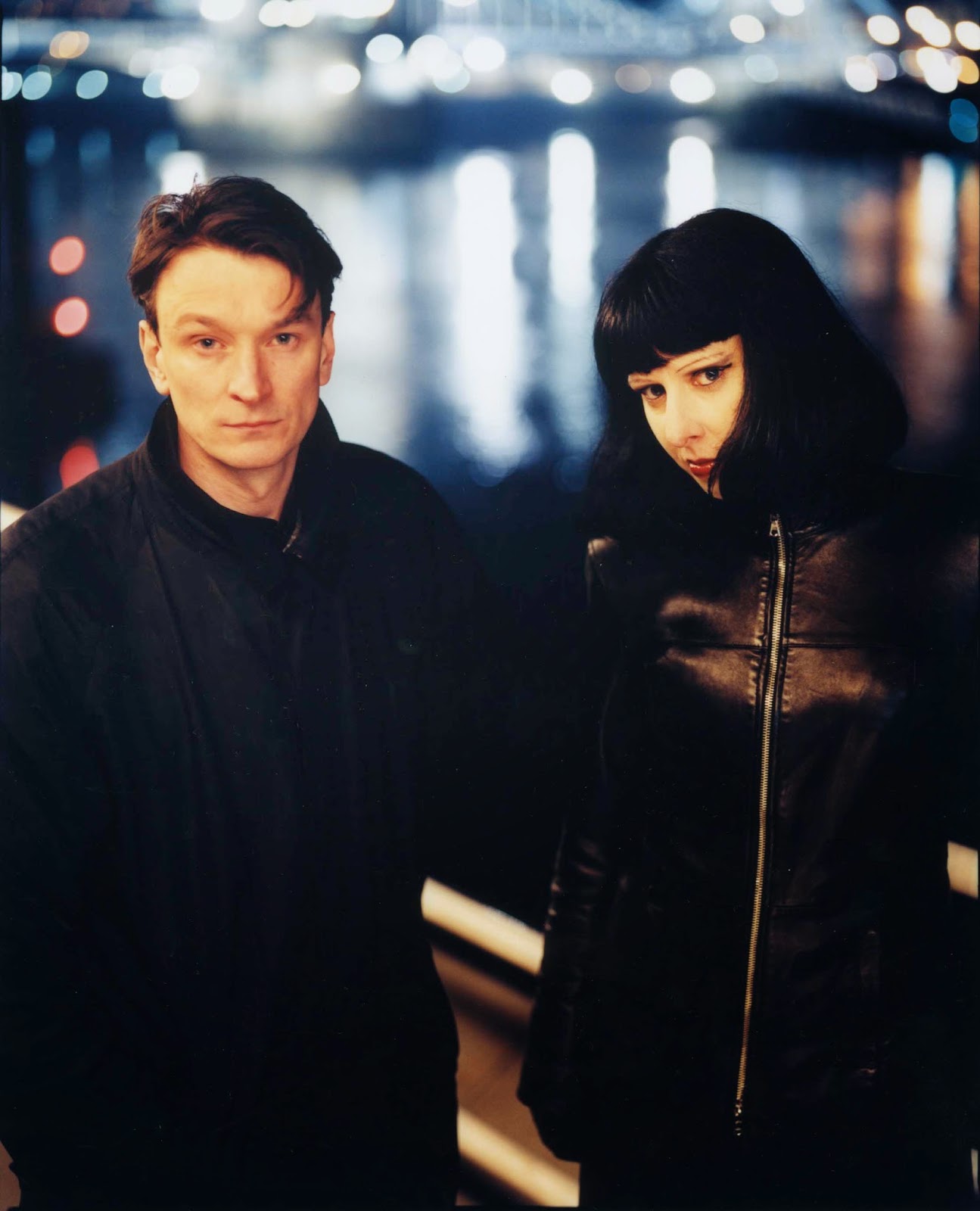 Q. Made a list of 5 albums of all time…
Ari: This is by far the hardest question of all. These are just the 5 albums that I would take if I was going to a desert island tomorrow.
Music For Films Brian Eno
Everybody Knows This Is Nowhere Neil Young
Coles Corner Richard Hawley
The Look Of Love The Burt Bacharach Collection
The Velvet Underground And Nico

Gary: This changes virtually daily but the ones I keep coming back too would be:-
Y – The Pop Group
Even Serpents Shine – The Only Ones
Hex Enduction Hour – The Fall
Future Days – Can
This Heat – This Heat

Q. How do you feel playing live?
Ari: It used to really terrify me from start to finish! But I have recently got over my stage fright and really enjoy it. Even when it terrified me there were parts of it I enjoyed. It is lovely to look out into the audience and see the pleasure one's music is giving people. And for that joy to feed back into our performance.

Dominic: I hate it slightly less than I used to. In recent years there have been the odd moments when I've enjoyed myself but I'd rather be in the studio.

Gary: I hate the build up to the show during the day and about the first 5 minutes on stage. Then I calm down and by the end I want to go straight back on.

Q. How do you describe Breathless sounds?
Ari: Melancholy, melodic, rich, textured. Our press release describes us as 'Space Rock Melancholia' - which I like.

Dominic: Melancholy, melodic, rich and textured. Well done Ari, beautifully put, I must remember that for when people ask me. Romantic as well.

Gary: I can’t describe it better then that.

Q: Tell us about the process of recording the songs ?
Ari: We always try and record as many of the instruments as possible together in the studio, to give the records a live organic feel, whereever we can.

Our most recent album 'Green To Blue' was a bit of an exception as we wrote and recorded a lot of the tracks without a drummer, using drum machines and then added real drums last after everything else had been recorded.

It was a different process for me too, as usually I do my bass parts right at the beginning before the vocals have been recorded and then don't play anything else for the rest of the session, but with Green To Blue, I also played E bow, which I added to the songs right at the end, which was really inspiring for me as it gave me the chance to emphasize Dominic's really melodic vocal melodies.

But on previous records we all played together to give our drummer the vibe until we got a good drum take, and often kept the bass, some basic guitar and keyboards, and then overdubbed the guitars and vocals. But whatever is happening in the studio, we all like to be there even if we aren't actually playing, so we can give our input on what the others are doing. 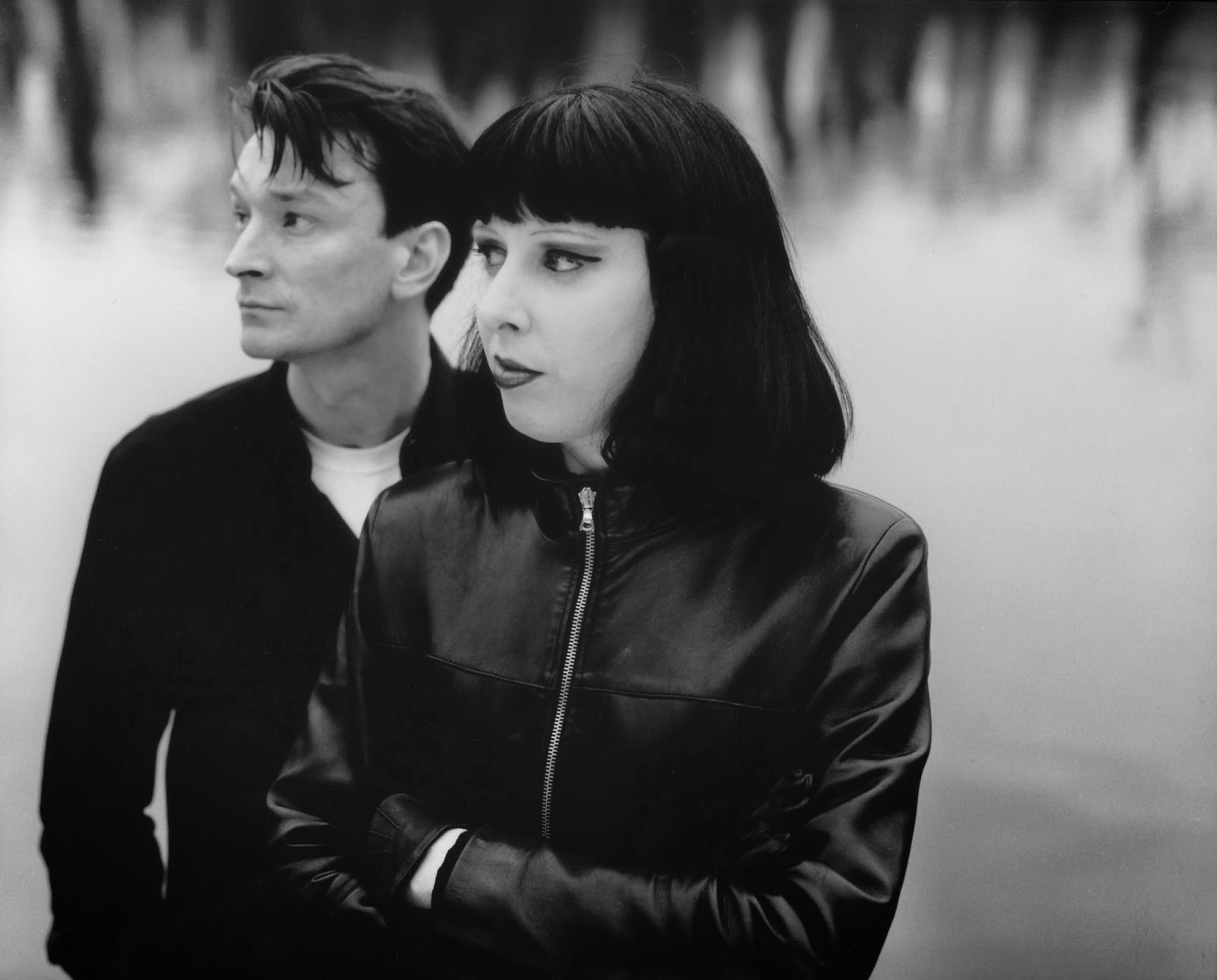 Q. Which new bands do you recommended?
Ari: I really like Josh T Pearson. I know his debut album came out a couple of years ago now, but I still think of him as being new. Also I really like Death And Vanilla , John Murry and Gemma Ray.

Dominic: I absolutely love Radio Dept, Deptford Goth and Perfume Genius and really look forward to their new releases. Tim Hecker has been going for a while but I saw him live a couple of years ago and it was one of the best gigs I've ever seen. I just had a look on my computer and My Maudlin Career by Camera Obscura and Pavillon D'Armide by Scanner are my most played albums of the last five years.

Gary: I really like Chris Forsyth, Cian Nugent and the Cosmos, Goat, Moon Duo, Wooden Shjips and Sun Araw at the moment.

Q: Which bands you love to made a cover version?
Ari: We have so far only done one cover version and that was of The Only Ones 'Flowers Die'. The reason we chose this song in particular, is that The Only One's version was only a demo, so we could hear ways it could be improved upon, or interpreted in a different way, whereas with something like 'Another Girl Another Planet' which I think is a better song, the original version is just so perfect, there would be no point in trying to better it.

My favourite cover versions by other people are where they really change the songs mood radically, like Grace Jones did with 'She's Lost Control' and 'Nightclubbing', by turning them into Disco songs, or John Cale's version of Heartbreak Hotel and Johnny Cash's interpretation of 'Hurt' where they completely strip down the songs to the bare basics, so that lyrics one has heard a 100 times, now ring out with a pain and suffering, previously obscured by the complex musical arrangements.

I would love trying to cover a Lee Hazlewood song or some classic country song, something one could strip down and re interpret.

Dominic: Ari's completely right and she use all the examples I would have. Cover versions are hard to do well. You have to improve the song or completely reinterpret it. Ivo real understood that with his This Mortal Coil project.

I'd really love to cover Run To Me by the Bee Gees. I think breathless could do that beautifully. I'd love to ask John Grant to duet with me on it as I love his voice and we'd make it a beautiful gay romance.

Gary: This Mortal Coil “Song to the Siren” is about the best I can think of. You have to make the song your own. 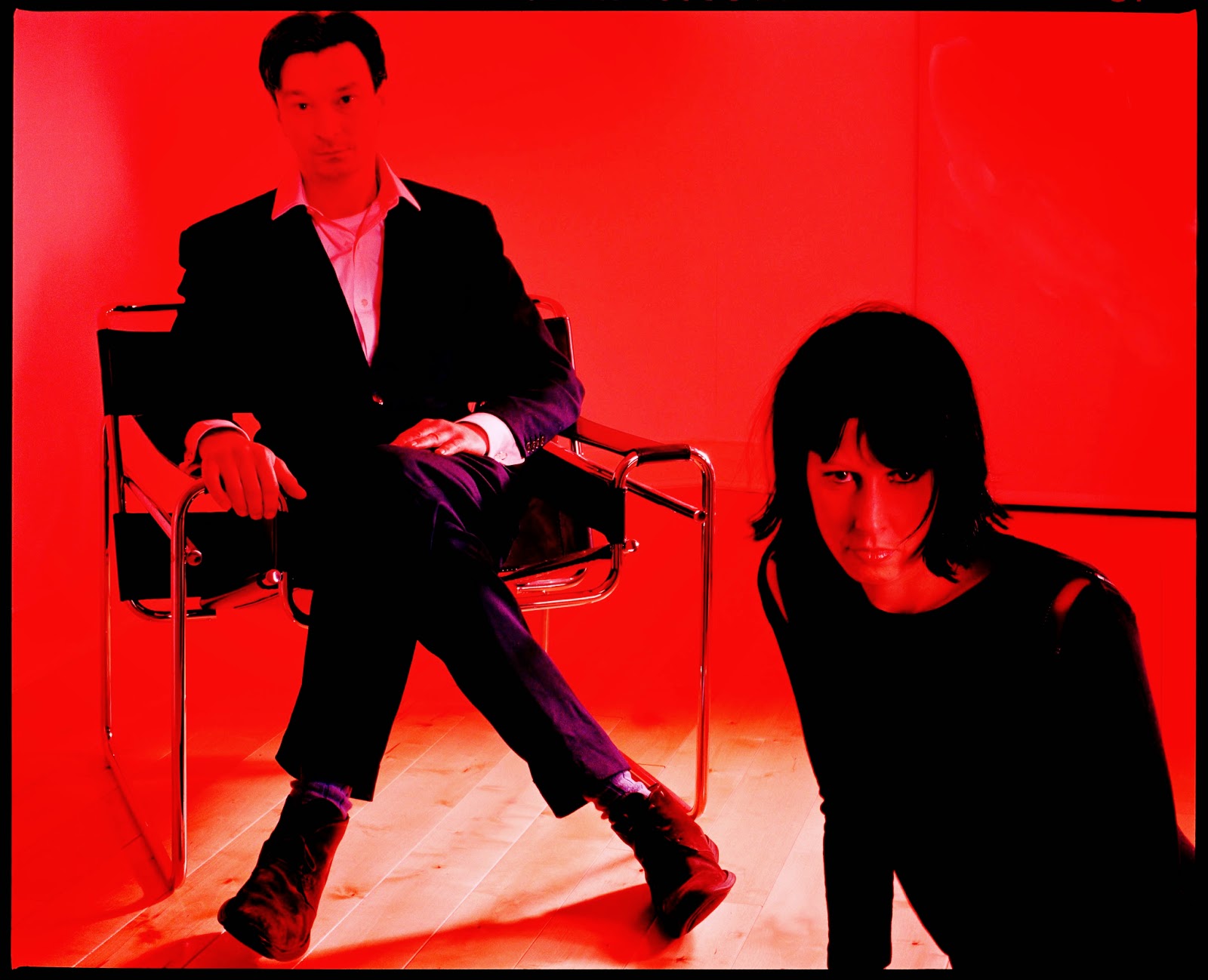 Q: What´s the plans for future....
Ari: We have recently recorded a single which we plan to release next year, along with more remixes of songs from 'Green To Blue', by Tim Gane (Stereolab), Ken Lockie (PIL, Cowboys International) and Jeremy Kimberley (Readers Wifes) and we are currently writing new songs for our next album.

Dominic: Yes, let's do another album!

Q: Any parting words?
Ari: We would love to play Sao Paulo!!!

Dominic: I was in Brazil last February and it blew my mind. What an amazing country and what wonderful people. My plan is to travel all over it now. If I have to, I'll play live too!

Gary: I’ve never been to Brazil. I would love to play there too.
*
*
*
Thanks guys