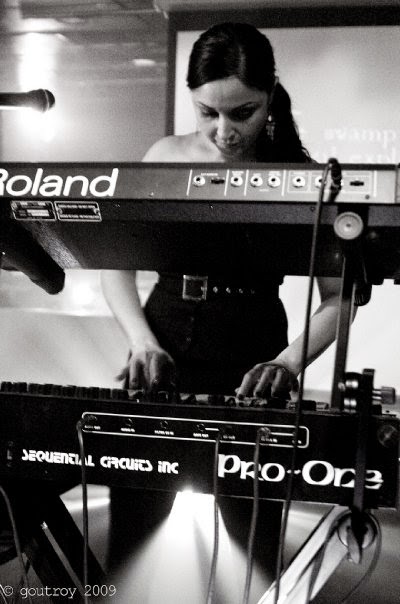 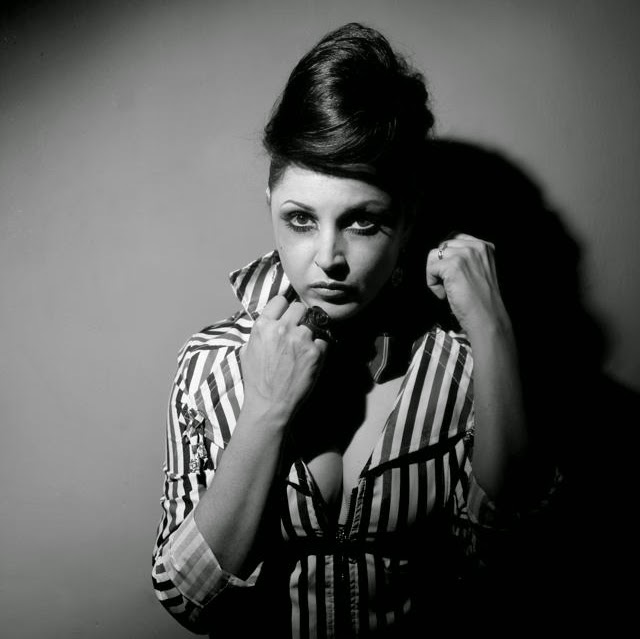 Q. When did Nina Belief starts, tell us about the history...
Initially in 2003 I was in an electronic duo known as Ronin (Kernkrach DE) During the course of experimenting with various instruments I began collecting and playing analog synths and drum machines. Out of necessity I spent many hours alone teaching myself to use the gear. The biproduct of that exploration spawned the Nina Belief project. Realizing I could drive several machines alone, the process began to liberate me from relying on others to compose music. I enjoyed working with artists in a studio environment but that wasn't always convenient for those involved. I began recording songs under the name Nina Belief in 2004.

Q: Who are your influences?
I'm grateful to so many bands for being influences in my life musically. There are too many to mention. I must say that first and foremost I'm a fan synth based music from the late 70's all the way up to new revival bands. My earliest influences include The Legendary Pink Dots, Kirlian Camera, Fad Gadget.

Q Made a list of 5 albuns of all time…
Care not to answer. So much of that going around Facebook these days. Although, My husband and I are record collectors ourselves and do have quite a substantial amount of music including a vinyl on demand subscription

Q. How do you fell playing live?
How do I feel playing live? I make music at home in the same method I use for my live sets. Songs rarely sound identical to the recording and are more of an artistic rendition of the original when on stage. It's been a while since my last live set.... due to life circumstance. Since I play without the use of backing tracks or a computer, a live set can take me quite some time to prepare. It's something I see myself doing in the near future once again.

Q. How do you describe your's sounds?
Describing my sound is something I will leave to you! I can say I really don't try to create a particular type of song. It depends on various factors: Mood, experience, emotion, what sounds appeal to me at the time. The instruments themselves are a big influence on me.

Q: Tell us about the process of recording the songs ?
My recording process mirrors my live performance. I set up a rig that allows me to drive multiple machines and begin composing a song. I record only if and when I lock into all the parts that move me. I try and steer away from heavy editing and overly processed post production elements. Completing tracks in the moment is what usually happens. I'm not fond of overworking a song again and again when the emotion has gone. 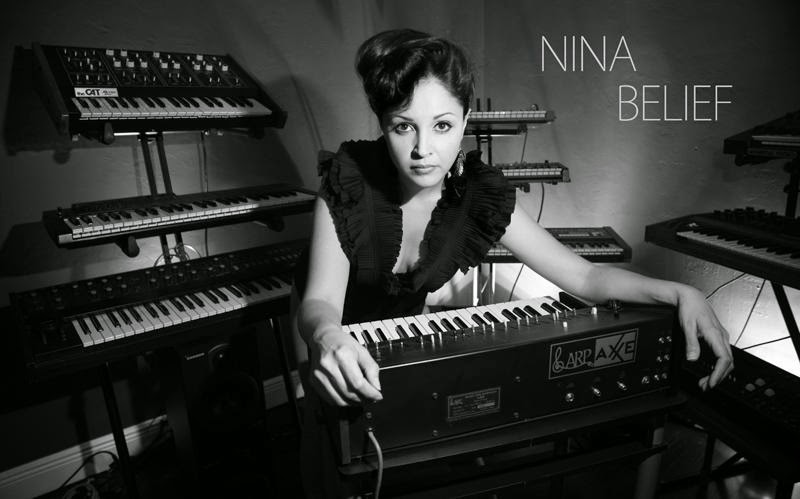 Q. Which new bands do you recommended?
There are so many new bands that have sprung up in this synth/wave revival scene that have recent releases. Kline Coma Xero, Minuit Machine, Otrotasce. All acts with recent LP releases that we play at our Club night Monotone in Miami... and that's just to touch on a few. Currently I'm enjoying Violence Conjugale's ( 2012 release) which I often loose myself dancing to.

Q: Which bands you love to made a cover version?
I've never covered a song before but I'd like to work on a version of Simona Buja ( KC) - Passing Masks. That song has always spoken to me in the purest of languages.

Q: What´s the plans for future....
I'm constantly working on new music and do have several new releases planned for the near future. One of which is a new 7inch single on Flexiwave for the Nina Belief Project. Besides working on NB I'm also a part of a side project called The Faceless 50 with Geert Coopens (Twighlight Ritual) and are currently amassing new tracks.

Q: Any parting words?
In Miami we throw a monthly party (MONOTONE) that goes on the second Saturday of each month. We've had this party off and on for 10 years now. I welcome any synth based bands to contact me if they are interested in playing a live show at our night or considering a tour on the US circuit.
*
*
*
Thanks