Burnt Out Landscapes with The Manhattan Love Suicides - An Interview 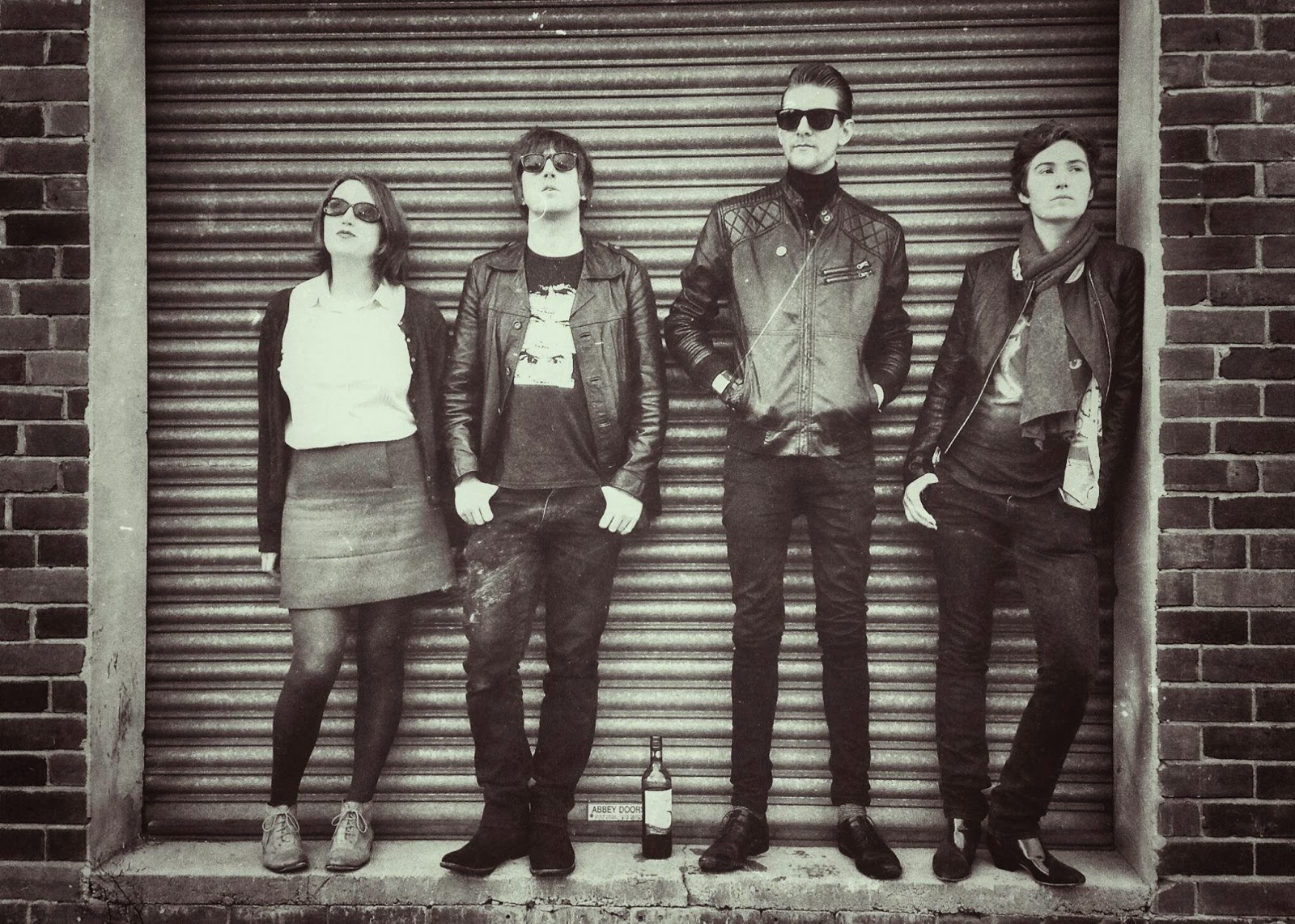 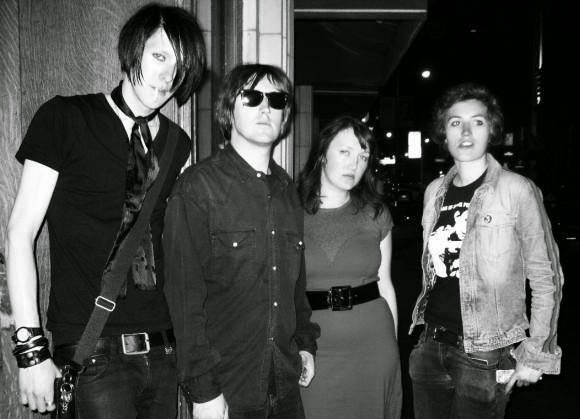 Q. When did The Manhattan Love Suicides start - tell us about the history...
The Manhattan Love Suicides started way back in 2006. Me and Caroline had been running Squirrel Records for a few years, but we wanted to get a band going. After a bit of messing around, we finally got the line up together. At that time, it was me, Caroline, Adam and Eddy on drums. Things moved forward pretty quickly from that point.

Q: Who are your influences?
There are way too many to mention. We all love music, and lots of various types of music from different eras. There are a bunch of bands we can all seem to agree on, however. Those will typically be the ones we go to for inspiration, whether consciously or not, whenever we write anything. Some bands we might have all liked a few years ago are ones we don't give a shit about these days, but there will always be a few bands we never get sick of. The Velvet Underground, The Jesus And Mary Chain, Guided By Voices, Galaxie 500, lots of obscure 1960s female garage bands.....honestly though, the list of bands we all like could go on for ages. I'm a particularly obsessive vinyl record collector, and I'm always on the hunt for new stuff I haven't heard before.

Q. Make a list of 5 albums of all time…
Now, you see...that ties in with what I was just saying. It's nearly impossible to get it down to just 5 albums. I could list 5 straight away, but a few moments later, I'd be pissed off I didn't list something I'd just thought of. I have to put The Velvet Underground And Nico in there, as that album has been a major influence for many years. As for other stuff....it changes from week to week, month to month. The Birthday Party's Junkyard is a great record, anything by Joy Division, early Public Enemy - especially the first 3 albums by them. Like I said, loads of stuff. Picking 5 cannot be done.

Q. How do you feel playing live?
I have mixed feelings about playing live. We recently played 2 gigs in London and Nottingham, and honestly, they were 2 of the best gigs we've ever played, I think. When it's all working, when we're putting everything into it and the sound is raucous and loud enough, the audience are into it as well, and the venue is good - playing live is great. However, sometimes we have to deal with sound guys who don't understand what we're about and just look fucking dumb at you when you say you want loads of guitar noise and feedback. We never want to be a super slick band because that would be the death of The Manhattan Love Suicides to be like that. But, we want to combine the raw and ramshackle approach with power...and sometimes when we play live, we come up a bit short. We have high standards, believe it or not. It has to be the right kind of mess. the right flavour of shit. If it pisses off muso bastards and other bands who try to be ultra professional and really polished, then that's a nice bonus too.

Q. How do you describe the Manhattan Love Suicides´sound ?
Rough. Plain and simple. That was always the intention, right from the start. Rough and loud. Hit and run....but still with a strong pop element all the way ! 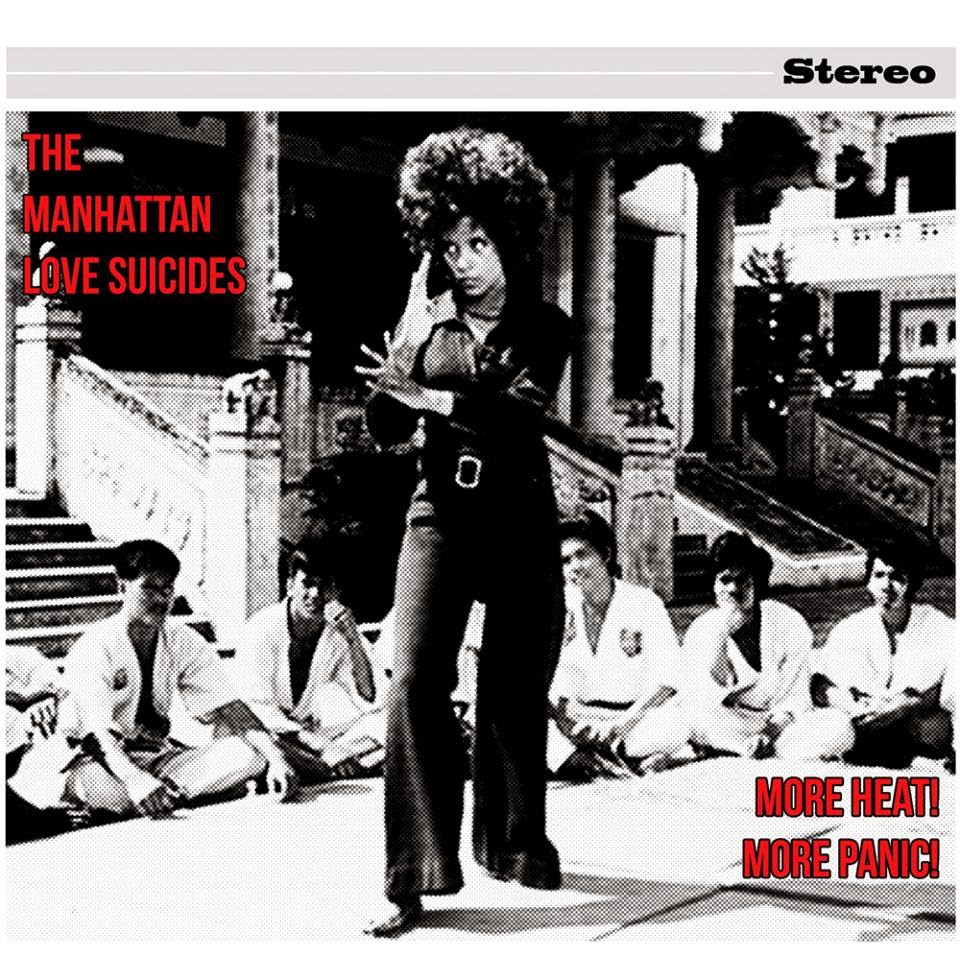 Q: Tell us about the process of recording the songs ?
We've actually got a bit more, dare I say it, "produced" sounding on the new album, but not overly so. The first album was recorded on cheap equipment that was always going wrong. The fucking microphones were held together with tape, and I kept getting electric shocks off them. We just wanted to get the songs down as quickly as possible, and piss on any kind of slickness, as Guided By Voices used to say. As we went on with the band, we actually got rougher sounding. We watched other bands who used to be a bit scruffy around the edges hose down their act and go for a nice, bright sound. Perhaps partly in response to that, we got worse ! I'll admit, looking back now, we went a bit too far with a handful of the recordings, but they definitely have their own sound and feel. That's the thing we've never been able to grasp - why do 90% of bands try and go for that generic recorded sound ? The bright and crisp recording, with great clarity and slick production ? That kind of approach works, and is essential for certain bands and certain sounds, but if you're a dirty little scuzzy band banging about in a beer soaked basement with a knockabout quality to what you do, then you should try to capture that on your recordings, as well. Why is it that music fans will always excitedly seek out the rough and unpolished early recordings from their favourite bands, or they love to hear a song with the mistakes kept in, and enjoy spotting where something went a bit wrong ? That has a definite appeal, because it's real and it hasn't been fucked with. I still get a kick out of hearing the vocal mistake in Louie Louie for example, and it's recorded pretty shoddily in the first place. But it's a classic !

Q. Which new bands do you recommended?
The Fireworks, Slum Of Legs, Suzy Blu, Ghost Car.....a few others too. They know who they are.

Q: Which bands you love to make a cover version?
Nobody right now. I think we've done enough cover versions in the past. We covered Indian Summer on the first album, simply because we needed another song to bring it up to an album running time, and Indian Summer was very easy to play. We did it in one take. We covered Tullycraft, The Jesus And Mary Chain, Daniel Johnston and Roky Erickson too. It's fun to throw in the occasional cover, as long as you make it different from the original and don't just copy, or you screw it up and make a bit of a mess of it, as we've sometimes done.

Q: What´s the plans for the future....
Well, we need to get the new album out first. Then, we're playing the Barcelona Mini Festival in February next year, quickly followed by Madrid Popfest...so that's Spain partly covered, at least. Other than that, we take it as it comes. Who knows ? We might all end up hating one another again and break the band up like last time.

Q: Any parting words?
Yes....goodbye and thanks. Keep it simple.
*
*
*
Thanks Darren