Disasteriod with The Anna Thompsons - An Interview 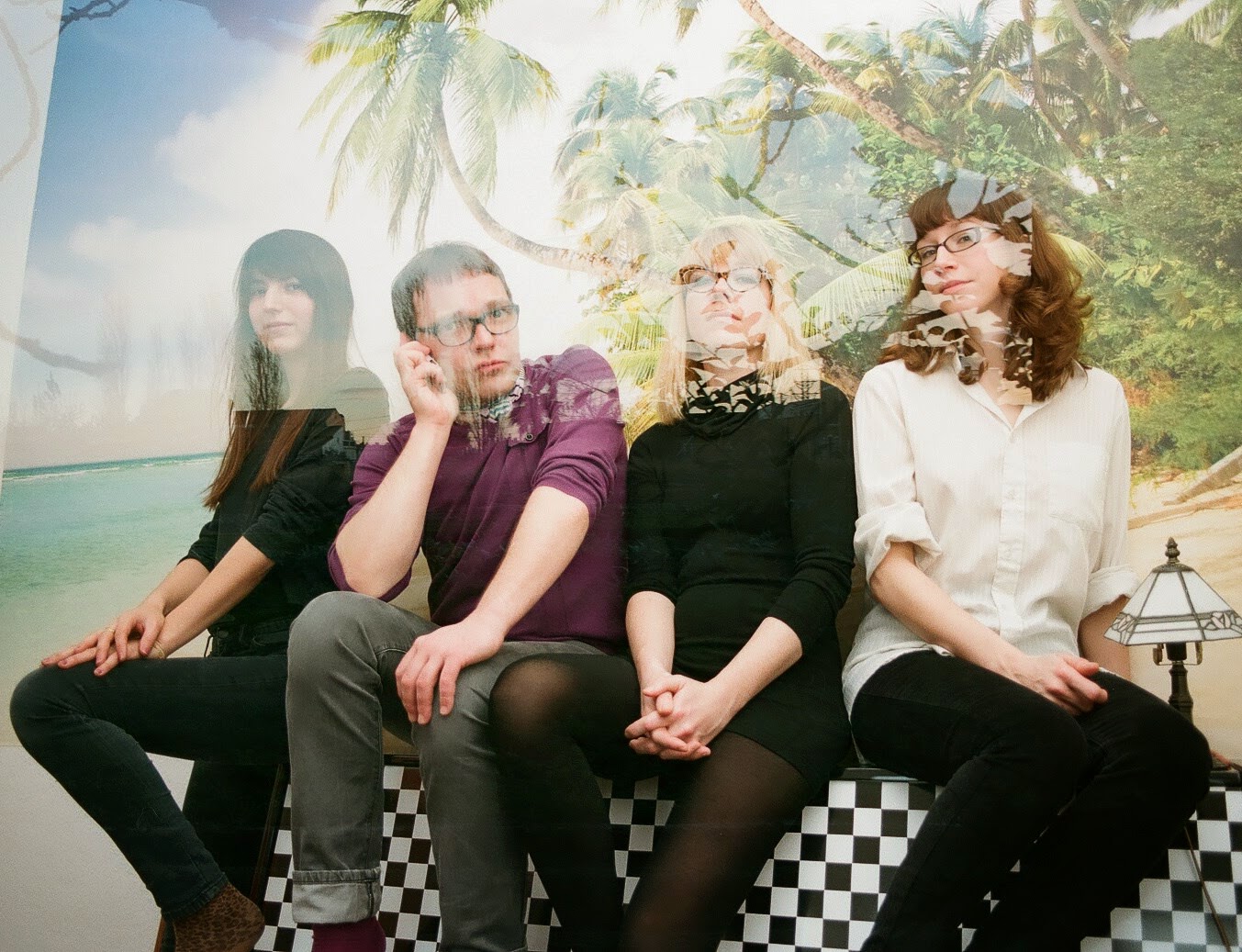 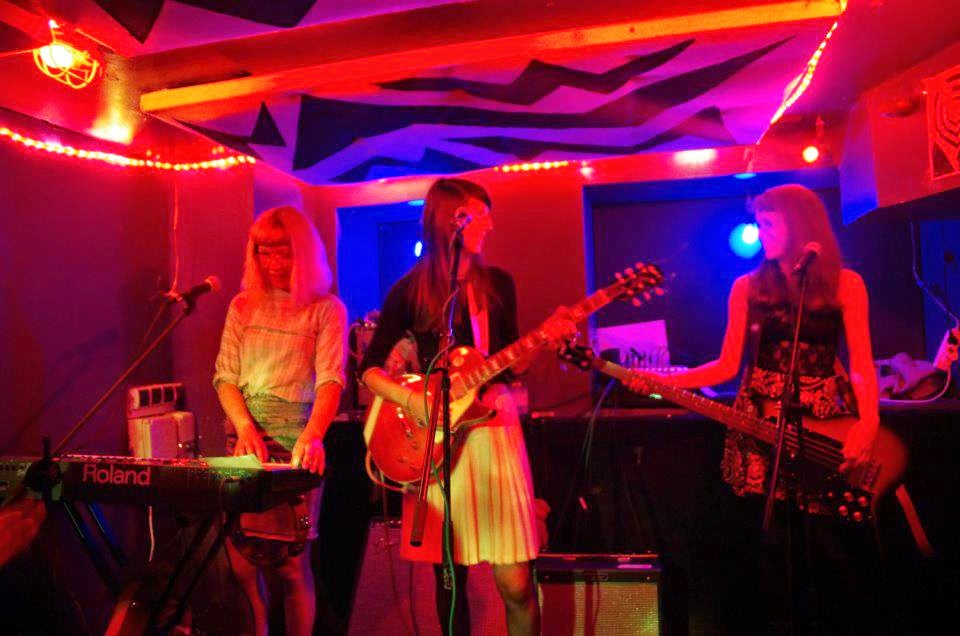 Q. When did Anna Thompsons starts, tell us about the history...
Ambika - It was the fall of 2011 and the leaves had already started their decomposition for regeneration. Meanwhile, at an unlisted address in Berlin a paint by numbers text study of Being and Nothingess emerged as The Anna Thompsons. Ens causa sui!

Ana - Ambika asked me one day to join her music choir, I didn't know exactly what she meant but I coulnd't help to say yes! I really liked her music projects and It appealed like a fun and challenging adventure. I had just started my piano lessons and it was the perfect timing to finally have a band, an idea that I had always fantasized with!

Karen - In 2011 Ambika made a Facebook post calling on musicians or any lonely people that might want to get together and form some sort of a musical collaboration. I was one of the lonely people and it changed my life.

Ana - The Beach Boys, The Go Go's, The Bay City Rollers, The Association...

Karen - Dead Moon, Kate Bush, Cate Le Bon and on and on..

Q. Made a list of 5 albuns of all time…
Ambika - The Beach Boys – Pet SoundsBrian Eno – Taking Tiger Mountain Devo – Q: Are We Not Men? A: We Are Devo! The Golden Record on Voyager I and II The Anna Thompsons – The Anna Thompsons 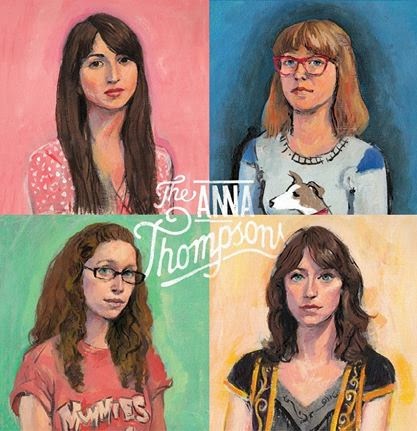 Q. How do you fell playing live?
Ambika - Better than playing dead. (Sorry I couldn't help it.)

Ana - It was terrifying at the begining! As a photographer I'm used to be behind the scenes... so it was definitely a big set up change! It wouldn't take long though for all of us to feel really good on stage playing music together. That is definitely what kept us going! There was something there... Unfortunately it wasn't enough to make it last... Same old story. Still a big pity!

Q. How do you describe Thompsons´s sounds?
Ambika - With other sounds in the form of words.

Ana - We were always concerned about not having a sound and i still can't think of a proper name for us! Drunk colleague boy rock was definitely the best one!

Karen - Finds itself floating in the genres of pop, punk, garage and rock with tones of 60s girl groups, I suppose....I stole that quote.

Q: Tell us about the process of recording the songs ?
Ambika - If making an album is like fucking, then this was totally wham-bam-thank-you-mam. We had three days in a cellar studio with no windows, and an exploding toilet, a temporary drummer and King Khan. Use your imagination.

Ana - Very challenging, hard working definitely... It's your baby, the final product! It's funny how we obssesed about having the right sounds, we were even not happy sometimes with the results... and now when I hear our album I really love all the songs!

Karen - It was a very laborious experience with much learning, but a lot of fun was had. 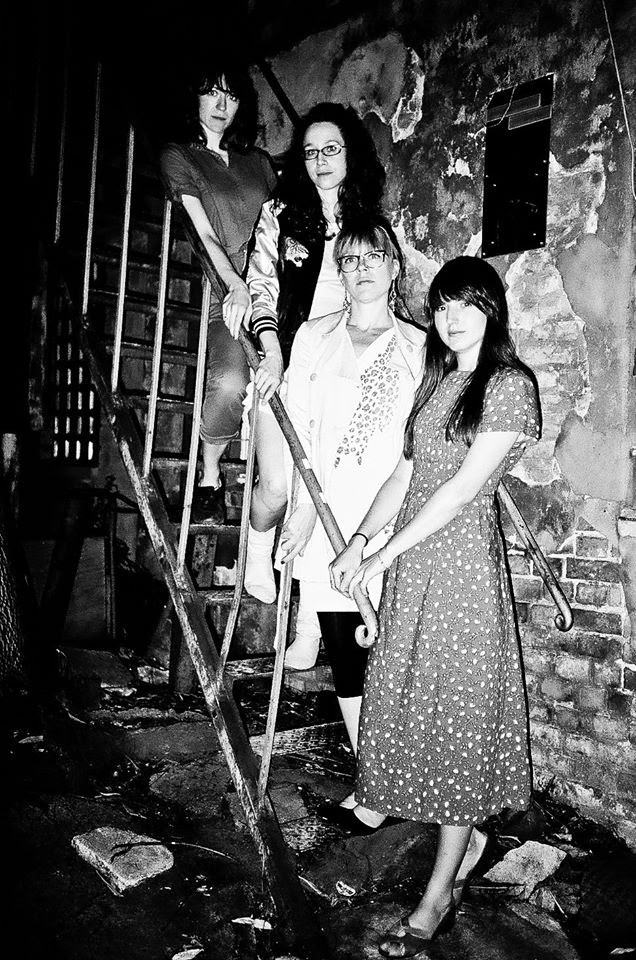 Ana - Sara Band, they are recording their album right now in Berlin and they are amazing.

Karen - I am listening to a lot of Cate Le Bon, whom I mentioned above, at the moment. She has been recording since 2009, so I figure that can be considered new since a lot of the stuff I listen to is most often by dead or nearly dead people.

Q. Why the band RiP?Q: What´s the plans for future....
Ambika - The band broke up? Nobody told me.

The future's so bright I gotta wear shades! How soon is now? Voulez-vous coucher avec moi ce soir? But seriously... I'm writing a novel about feminists, and aliens from an orgasming planet, which aren't mutually exclusive, and narcolepsy, which I'm pretty sure will get me nominated for the Nobel Prize in literature. Let's be realistic though, I might not win. And music... my new shizznit projects: The Pink Death, a smidgen like The Anna Thompsons but on LSD and moonbeams. Coming soon to an ear near you! Razor Vajynas, or Razor Cunts, we haven't decided on the name yet and may end up calling ourselves The Good Protestants, is a cello riot girl band, certainly not for the faint of heart, i.e. those with pre-existing heart conditions and pregnant ladies. Otherwise, surviving global warming by creating a time machine and going back to New York circa 1979.

All my ridiculous projects will be up on my website when I finally get arsed to building it: http://www.ambikathompson.com/
Ana - It's one of those life misteries. Definitely we are all very proud of our little baby! And when the time comes, we will start making music again! And we will have a band reunion when we are 50 and play in Benidorm!

Karen - Nothing lasts forever. We all have or are hoping to move on to other things and not have The Anna Thompsons be our last stop individually music wise. That being said, I think that we can all agree that we are proud of what we achieved during our run together.

Karen - We've still got a lot of albums and merch to sell, so please contact us and help keep our legacy alive!:)
*
*
*
Thanks girls