Living With the Ghosts with This Forever Sky - An Interview 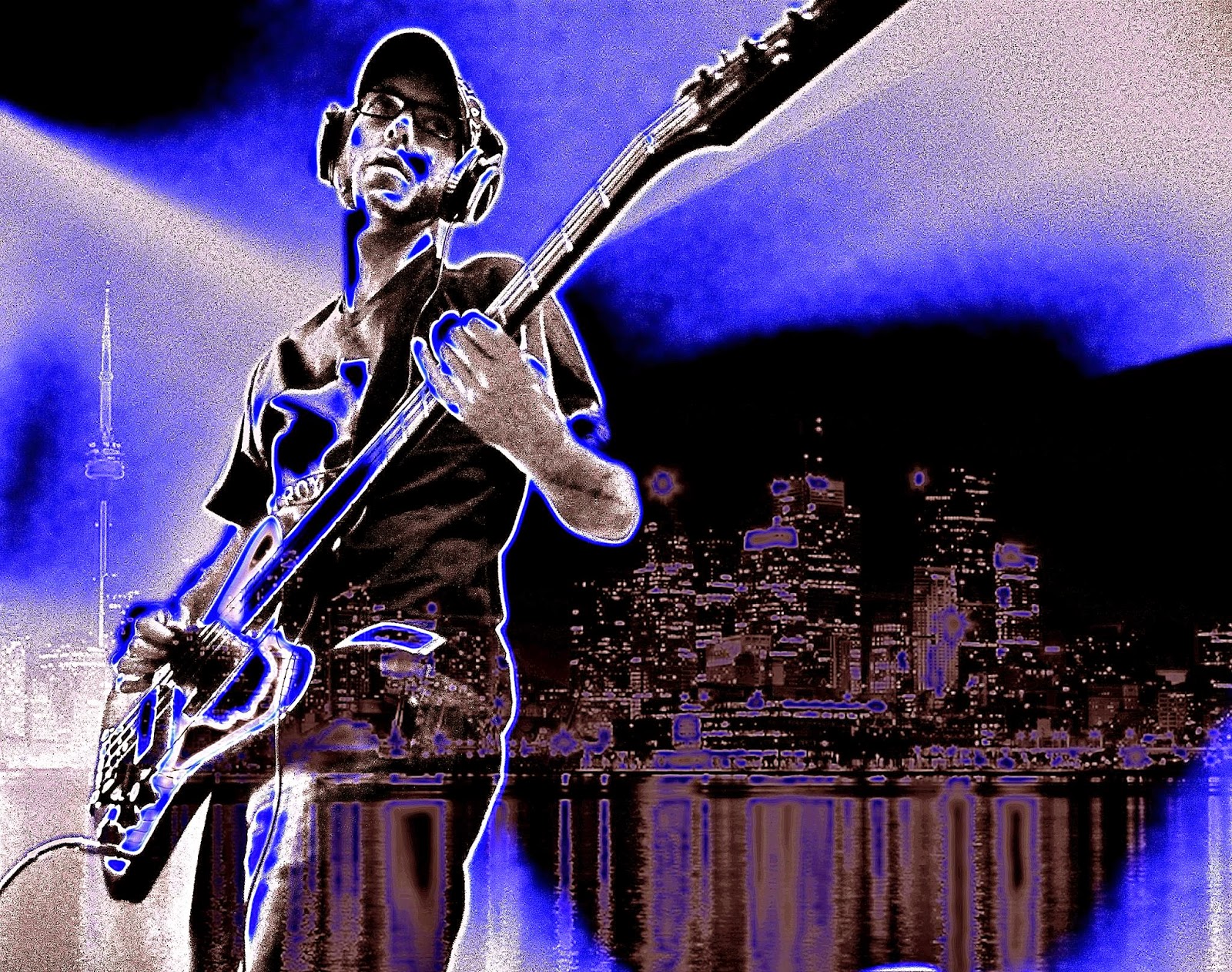 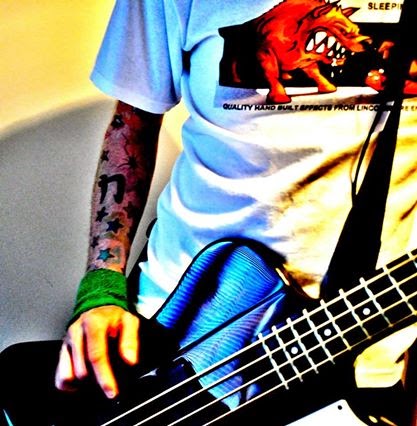 Q. When did This Forever Sky start tell us about the history.
A. TFS started back in June 2012. I had released music under a few other names but never really took any of the projects that seriously and it was more of something I did in my spare time. I rarely promoted anything. It was recorded, I made a website and that was it. With This Forever Sky I really wanted to create something long term, for the future that I could work on for years to come. I bought some recording software and a midi keyboard and released the first EP "Years" in September 2012. It was a very fast EP to make as everything was done electronically including the bass and guitars. After that I decided that any future recordings would involve a lot more live guitars and bass. So far I'm about three quarters of the way through the new record which has taken many twists and turns over the last 15 or 16 months, but after a short break away from writing everything is starting become much more productive. I'd like to think it will be fully finished maybe before the end of 2014 or perhaps early 2015 at the very latest.

Q. Who are your influences?
A. My influences range really far and wide. My father made me listen to the likes of Pink Floyd, Led Zeppelin, Rush, etc when I was growing up and I would definitely say out of those that Floyd has probably had the biggest influence on me when I’m writing now. They sounded unlike any other band. I imagined that if you travelled into space then that's what it would sound like somewhere up there. When I was going through my teenage years I got into the likes of My Bloody Valentine, Catherine Wheel, Ride and all of those kinds of bands who were around in the 1990’s. I was a bit late getting into them but I didn’t leave school until 1999 so was just starting to really discover music at that time. One of my biggest influences which I can’t not mention would be the Deftones. They were around at the time when all these Nu-Metal bands were coming on to the scene but sounded a little different, more together and refined. They’ve never released an album that was just average, they’ve always been exceptional in every way.

Q. Make a list of 5 albums of all time.
A. This is probably one of the simplest yet hardest questions as there are so many albums I could choose. I could probably pick 50 off the top of my head but I'll try and stick to five:

1.Pink Floyd - Dark Side Of The Moon.
2. Hammock – Chasing After Shadows… Living With the Ghosts
3. Explosions In The Sky – The Earth Is Not a Cold Dead Place
4. Deftones – White Pony
5. Slowdive – Souvlaki

I could talk for hours about each album and why it’s on the list ahead of any other but I’ll leave it like that for now. Those stories are for another time I think.

Q. How do you fell playing alive?
A. I’ve never taken This Forever Sky to the live stage as yet. I would love to in some capacity at some point in the future but would want to do everything live. Given how many guitar parts are in some of the songs it would probably require a lot of loop pedals or quite a few guitarists. I think it would not be doing the music justice if I took a laptop on stage and played one or two of the parts whilst the machine did everything else. I would love to play live again someday though. Many years ago I was the lead singer and guitarist of a punk band and I really couldn’t sing or play guitar that well but being on stage and performing no matter how big the audience was always a lot of fun. If This Forever Sky does expand maybe it will happen again in the future.

Q. How do you describe This Forever Sky's sounds?
A. I try and make every song sound as big and as loud as possible. Like it has to grab your attention straight away or I try and build up to some mass explosion of sound. Depending on the song I will mostly have the guitars as the loudest part with every other instrument or sound falling underneath them. This album is the first time in many years that I’ve recorded any vocals which I never set out to do with This Forever Sky. I don’t have a great singing voice and the one that I do have I really don’t like. I really wanted to find a way to use my vocals because I feel they could bring something else to the songs so I am experimenting a lot with delay and reverb. This is going to be very clear in a few of the newer tracks that I’m in the process of recording. 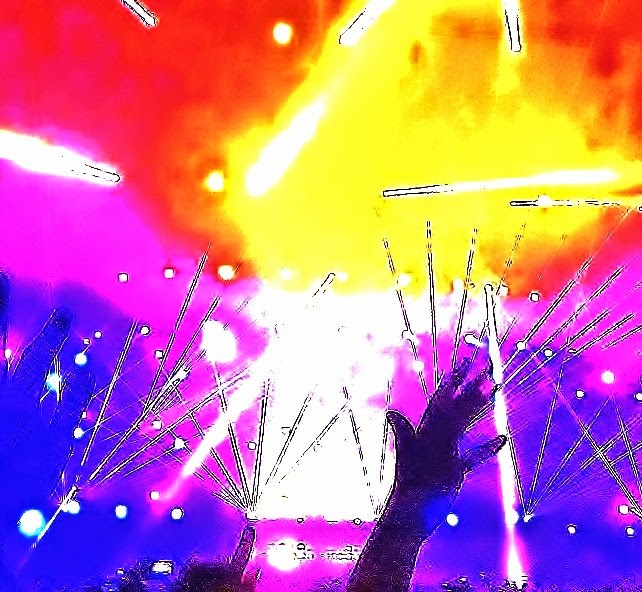 Q: Tell us about the process of recording the songs ?
A. A lot of the songs will start off really slow and basic. I’ll find perhaps four or five chords that work well together then experiment with them as much as possible and keep adding as the song progresses. “Guardians” which is probably my favourite track off the album so far is only 3 chords and started out a really chilled out track which is why I did the acoustic version of it. Once I have the guitars taken care of I’ll move on to changing the drum beat as and where required which can be a little bit time consuming as I would love to have the facility to have live drums on all tracks but when working with a drum machine it can be quite time consuming. After the overall structure of the song is complete I will then go back and make further additions. I love the idea of putting orchestral instruments into this strange shoegaze, post rock sort of sound that I have. I’ve started to experiment on the more recent tracks but only if it works. From there I’ll add the vocals in as the last thing.

Q. Which new bands do you recommended?
A. These are a few artists that I know from the internet and I think are definitely worth a mention. Chromadrift, Laundry League, Evolv, The Echelon Effect.

Q: Which bands you love to made a cover version?
A. I’ve tried to do a few obscure cover versions before but never really done them justice. I played with the idea of doing a shoegaze version of the Avicii track “Wake Me Up” which sounded really good but I simply couldn’t get the vocals correct. It’s something I may come back to in the future though. As early as last week I started working on “Forever Young” by Youth Group. I may record the guitars for this and see how it goes after that.

Q: What´s the plans for future....
A. I really want to finish this album and get it put to rest. I feel like it’s a long time overdue and if it hadn’t been for family, work and various other commitments it would have been finished a long time ago. I’ve started writing tracks for a new EP that wouldn’t really work on this record so they have been set to one side for now but the plan is to write more, record more and continue to make as much music as possible. 2014 has certainly been the slowest year that I’ve had musically for a long, long time. As well as more TFS tracks I’m going to be working on another project Thought Processes For The Eternal Minds which is a lot different to TFS. It’s quite dark and abrasive and much more Post-Rock orientated. So yes, the end of 2014 and 2015 are going to be very busy.

Q: Any parting words?
A. Many thanks to Renato for the interview, it’s been a privilege. Much love, peace out.
Nathan x
*
*
*
Thanks Nathan